When you think of auto racing, you likely think of the National Association for Stock Car Auto Racing, Indy Racing League, World Rally Championships, or Formula One, better known as NASCAR, IndyCar, WRC and F1. For armchair racers, these are some of the world’s most-popular motorsports brands. If you’re a weekend warrior, then grassroots motorsports is where it’s at, blood, sweat, tears, adrenaline, dust and mud coming at you at 100 mph.

Today, these might seem like well-established reputable brands, but their unsavory roots have been downplayed for decades. Indeed, NASCAR paid little homage to its roots, not in grassroots motorsports, but in what came before, the roots of the roots, so to speak. By February 21, 1948, when Bill France, Sr. founded NASCAR, it was fueled more by moonshine than gasoline.

It all started with a 1791 tax on domestic spirits, immensely popular with the federal government, not so much with those producing local whiskey, illegally known as moonshine. Though the tax was repealed in 1802, the growing Temperance Movement and numerous State alcohol bans had already pushed moonshiners into operating on the sly. 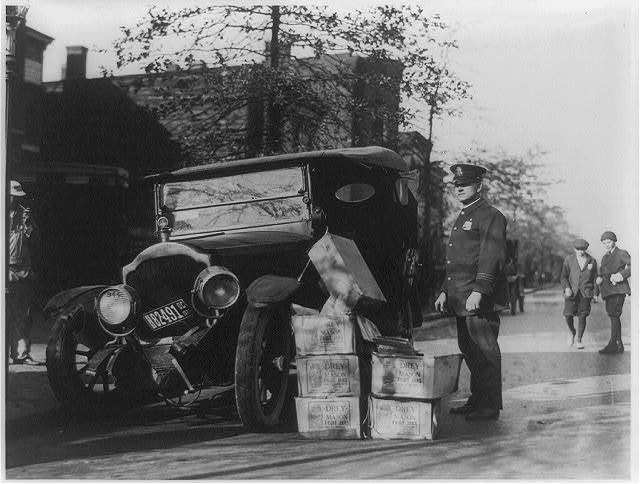 By the time the 18th Amendment went into effect, in 1920, evading and escaping Bureau of Prohibition officers, the precursor of today’s Bureau of Alcohol, Tobacco, and Firearms (ATF), was old hat. Though cumbersome, thousand-gallon whiskey stills easily escaped detection in the dense sparsely-populated forests of the Appalachian Mountains. To get the illegal booze past Prohibition officers, all bootleggers had to do was to outrun them, run them off the road, or bait them into following a decoy vehicle. This meant pushing the limits of daring drivers and powerful cars on winding back roads, lit by little more than the moon, more than a little dangerous, not to mention immensely profitable. That sounds an awful lot like auto racing, doesn’t it?

Fortunately, or unfortunately, depending on your point of view, 1933’s 21st Amendment repealed the prohibition on alcohol, which meant alcohol producers, distributors and consumers no longer had to operate in hiding. With no one to outrun them, what were former bootleggers to do with their modified vehicles? Adrenaline junkies always find a way, and nothing would go to waste. Born of this need for speed, grassroots motorsports emerged on back-country roads, eventually moving to fields and tracks and even city streets. NASCAR and other organizations gradually consolidated these past bootleggers into the sport millions know and love today.

A Need for Speed

Nearly a century later, grassroots motorsports is still wildly popular, and almost anyone can get involved. Unlike NASCAR, F1, and others, whose cars cost millions of dollars, you don’t have to be rich and famous to prove your mettle and burn some rubber at your local track or road course. Organizations like Sports Car Club of America (SCCA), American Endurance Racing (AER), National Hot Rod Association (NHRA), National Auto Sport Association (the other NASA), ChumpCar, American Le Mans Series (ALMS), and many more operate on local, regional, and national levels, opening the sport to drivers and enthusiasts of all ages and budgets.

If you’ve got a need for speed, you don’t need to outrun the police — just look up your local racing chapter and get involved in motorsports near you, even if it means showing your passion by rocking merchandise.

Check out all the maintenance parts available on NAPA Online or trust one of our 17,000 NAPA AutoCare locations for routine maintenance and repairs. For more information on grassroots motorsports, chat with a knowledgeable expert at your local NAPA AUTO PARTS store.