Especially on hot days, we’re extremely thankful for our vehicles’ air conditioning systems. With just one turn of a knob or a push of a button, cool air soon begins flowing from the vents to fill the cabin. Within minutes, an oppressively overheated interior should cool to a comfortable level.

One essential element of climate control systems is the refrigerant. R134a refrigerant is common, but many new vehicles are now switching to 1234yf refrigerant. We’ll explore this new cooling substance and what it means for your ride.

Early automotive air conditioning systems started cropping up in the mid-20th century. Today, nearly all new vehicles offer air conditioning as standard, or at least make it available. Few can imagine driving without it. 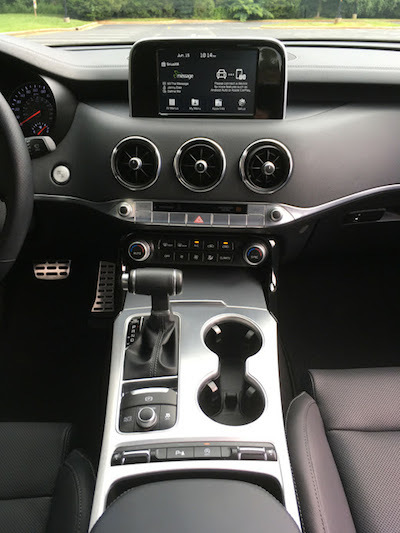 Before 1995, the refrigerant of choice was dichlorodifluoromethane, an odorless, colorless, tasteless, nontoxic and nonflammable gas also known as freon. This refrigerant remained popular until it was found to be damaging to the planet’s protective ozone layer.

Back in the lab, a new refrigerant was developed, tetrafluoroethane. Also known as R134a or HFC134a, it was the new standard by 1994, due to its insignificant ozone depletion potential and slightly lower global warming potential than freon, according to the EPA.

However, by the 2000s, researchers discovered that R134a does, in fact, contribute to global warming, according to the EPA. So it was back to the lab once again.

As R134a is being phased out of the auto industry, you may have heard of the improved version of tetrafluoroethane: 1234yf refrigerant. This new, colorless gas has only a minute impact on the atmosphere. It breaks down chemically in the atmosphere after just 11 days, compared to 13 years for R134a, according to research by Chemours.

The new refrigerant has been required in new cars in Europe by an EU directive since 2011. In the U.S., however, the requirement has been challenged and overturned, says Chemical and Engineering News. But, according to VASA, some manufacturers will continue with their planned transition anyway.

Unlike the two earlier refrigerants, this one is flammable, reports the New York Times, and this raised concerns among automakers several years ago. However, testing by the refrigerant’s manufacturers reveals that those concerns were unfounded, the Times continues.

If your vehicle uses R134a refrigerant, you won’t have to make the change. However, if your car has the new refrigerant, you’ll have to stick with it. Manufacturers may even classify putting R134a in a car that came with 1234yf as emissions tampering — particularly if they count air conditioning credits toward light-duty greenhouse gas compliance. Even then, accidentally using the wrong refrigerant is nearly impossible, as the new system has special fittings, including unique service ports and caps.

As for your favorite service shop, they’re equipped to handle the new refrigerant. According to Auto Service Professional, technicians are trained to work with one additional component, an inline heat exchanger (IHX) with two concentric containers, as well as to recognize the new fittings.

Now that you know what changes are being made to refrigerant, find out what’s required in your car by looking at the owner’s manual.

Check out all the air conditioning parts available on NAPA Online or trust one of our 17,000 NAPA AutoCare locations for routine maintenance and repairs. For more information on 1234yf refrigerant, chat with a knowledgeable expert at your local NAPA AUTO PARTS store.

NAPA Know How Blog 1234yf Refrigerant Is Here: What Is It?