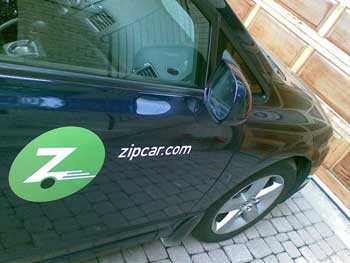 What a year it was in the auto industry! 2016 automotive trends revealed a lot of innovation and change— some added to the driver’s experience, while others may have detracted from it. Regardless of where you stand, though, it was an exciting year to be a car nut. Here’s a look back at some of the hottest tech to hit car lots around the country.

The days of simply plugging your phone into a cord in the glove box in order to make calls or listen to music are gone. In 2016, a lot of car and device makers worked together to truly integrate smart devices into your everyday driving experience. From Apple CarPlay to Android and other iOS improvements, your phone is now a more integrated part of your vehicle in every way possible.

2016 was also the year we saw the first driverless delivery vehicles. While they’re still in testing stages, autonomous driving (or self-driving) vehicles are developing rapidly. For the car purist, who treasures the driving experience, this may be sacrilege. However, these self-driving functions aim to eliminate human error entirely, vastly reducing the probability of an accident when you’re behind the wheel.

Just a few short years ago, self-parking car features were reserved for the upper crust of luxury car marketing. In 2016, however, we saw car makers like Toyota start installing their self-parking systems into a growing number of vehicles. Using sensors and electric control systems, these cars can park themselves completely on their own without the help of the driver, and they do it safer and more accurately every time.

The rear-view mirrors of many vehicles have had buttons that did nothing for a long time. For years now, these features were saved for the few customers who wanted to pay extra and add additional equipment to their homes just so they could turn on a light or open the garage door. In 2016, new vehicles across the country incorporated multimedia and home integration systems to adjust lighting, climate control and even appliances in your home while you drive. These systems can also connect to your computer and read and send emails while you’re on the road.

A look back at motoring in 2016 wouldn’t be complete without discussing ride sharing. While they started operating earlier, 2016 was the year companies like ZipCar, Uber and Lyft saw more people hitching a ride or sharing vehicles than ever before. A growing group of people taking someone else’s car to get where they’re going, which is changing the landscape of car ownership.

2016 was an exciting and diverse year in the world of automobiles. From ever-expanding technology that connects various aspects of our lives to our vehicles to ordering a ride with the touch of a smartphone, it was a year of great change.

Check out all the maintenance parts available on NAPA Online or trust one of our 17,000 NAPA AutoCare locations for routine maintenance and repairs. For more information on 2016 automotive trends, chat with a knowledgeable expert at your local NAPA AUTO PARTS store.

NAPA Know How Blog 2016 Automotive Trends that Changed the Industry