Cars add convenience to our lives by getting us from point A to point B, but if certain movies are to be believed, cars can also be the stuff of nightmares! Which scary cars from movies inspire the most dread? In honor of Halloween, let’s take a look at four of the most chilling contenders.

Picture this: You’re driving home from college for spring break. As you’re passing through the wilderness of Florida, you notice an old truck in your rearview mirror. That’s right — you’re being tailgated. The truck eventually passes, but later on, you see it parked next to an abandoned church. The driver is behaving suspiciously, and when he realizes you’ve seen him, he gets back behind the wheel of his big scary truck and comes for you. 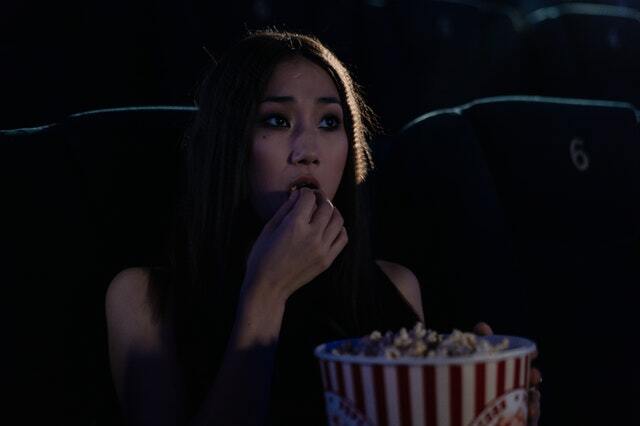 That’s how things unfold in “Jeepers Creepers,” a horror movie released in 2001. The cast includes Justin Long and Eileen Brennan, but the real star of the show is the truck: a 1941 Chevy COE (cab over engine) with a menacing glare.

Released in 1977, “The Car” is a James Brolin horror film with a car that acts like the grim reaper. It’s about a driverless automobile that goes on a destructive rampage throughout a small town, mowing down cyclists and ramming into houses.

At one point, the bloodthirsty vehicle even plows its way through a school marching band. The car at the center of this scarefest is a matte-black 1971 Lincoln Continental Mark III built by none other than George Barris. Big slab sides were added to the already imposing Lincoln along with massive double-stacked chrome bumpers.

Let’s face it — hearses are naturally scary. These cars don’t need to flatten your neighbor to strike a note of fear in your heart. Hearses transport the dead, and for many of us, death is inherently frightening.

Because of this, it’s not surprising that one of these cars serves up the scares in a celluloid ghost story. “The Hearse” is a 1980 horror film about a San Francisco schoolteacher who suffers a nervous breakdown after a difficult divorce. To recuperate, she heads to a picturesque rural town called Blackford to spend the summer in a home willed to her by her recently deceased aunt.

Things don’t go as she hoped. After moving in, she sees things and has brushes with the supernatural. She also has chilling encounters with a sinister black hearse — the same hearse that’s haunted the town ever since her aunt died. The hearse in question is a 1951 Packard Funeral Coach Henney, and the mere sight of it is enough to send shivers down your spine.

Based on a Stephen King novel, “Christine” is a 1983 horror flick about an outcast teen who buys a 1958 Plymouth Fury. As he rebuilds the vintage automobile, the vehicle’s sinister nature is revealed. The car hunts and kills, and it’s able to repair itself from damage. Packed with thrills and chills, “Christine” is perhaps the most well-known movie about scary cars.

The movies listed here are guaranteed to have you never looking at cars in quite the same way again, but it’s all in good fun. You can view them at home on Halloween after dark or watch these spooky car-themed classics from the back seat of your daily driver.

Check out all the automotive DVD monitors available on NAPA Online, or trust one of our 17,000 NAPA AutoCare locations for routine maintenance and repairs. For more information on cars, chat with a knowledgeable expert at your local NAPA AUTO PARTS store.