Each decade seems to bring with it its own automotive fads that were very popular at the start but taper off by the end. Relive these five automotive fads you may remember from the 1950s to today.

In post-World War II America, tall curbs were plentiful and varied from place to place. Misjudging how you parked wouldn’t just scuff up your tires; it could scrape or dent your bumpers and bodywork. Suddenly, car owners who wanted to preserve their vehicle’s aesthetic created a market for curb feelers. Curb feelers are made with coiled springs, so they make a scraping sound when they meet the curb but won’t break off. Even with lower curbs today, it’s easy to damage your rims. Maybe this fad should make a comeback.

John Z. DeLorean, chief engineer for General Motors’ now-defunct Pontiac brand, took a base two-door midsize sedan, added a 325-horsepower V8 engine and a floor-shifted manual transmission, and the 1964 Pontiac GTO was born. Within a year or two, most manufacturers were doing the same thing, creating a class of vehicles known as “muscle cars.” Insurance surcharges, emissions regulations and fuel prices killed them for a time, but today’s muscle cars have more horsepower, better handling, improved brakes and are all-around superior cars than the original models from the 1960s — although nostalgia often finds us clamoring for cars of yesteryear. 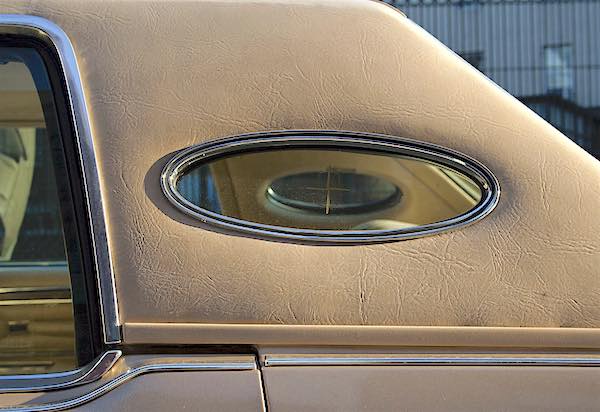 When the horsepower party was over, Detroit automakers swung wildly the other way, opting for near baroque luxury. The defining fad was the opera window — a small glass window sunk into the rear pillar of the car — a design that originally died out by the 1930s, with the exception of the porthole top in 1955-57 Ford Thunderbirds. As European and Japanese cars with cleaner designs began to sell more by the end of the 1970s, the opera window became a rolling, mocking meme of ’70s American cars.

The 1979 oil crisis sparked a cry of “what are we gonna do?” For people who wanted high mileage and weren’t worried about performance, diesels looked like the answer. For those who wanted performance as well, turbochargers seemed a good idea. Both were good ideas, but their execution was a problem.

Mercedes-Benz made diesel engines that could last for one million miles, but when General Motors did it, the results were catastrophic — engine failures were traced to GM’s attempts to cut development and build costs. Turbochargers of the ’80s had high failure rates, too. Forty years later, turbos with improved technology are now widely used and very reliable, while diesels remain rare due to emissions concerns.

The hot-rodding scene of the 1940s and ’50s came back to life in the 1990s in the tuner scene, where people tweaked their car’s performance — everything from chip modifications to engine swaps, plus some excessive exhaust systems. In this case, art imitated life; illegal street racing of the modified cars provided inspiration for 2001’s “The Fast and The Furious,” which is still a thriving film franchise 20 years later.

Over the past 60 years, automakers and car enthusiasts have had some good ideas, some bad, some ahead of their time and some that still endure. But innovation is one of the great things about this industry — no matter if it’s genius or goofy, cars will continue to burn doughnuts around our lives, from our first car to our last.

Check out all the performance parts available on NAPA Online or trust one of our 17,000 NAPA AutoCare locations for routine maintenance and repairs. For more information on automotive fads and automotive history, chat with a knowledgeable expert at your local NAPA AUTO PARTS store.

NAPA Know How Blog 5 Automotive Fads From the Past