Electric cars are certainly coming into their own, with automotive manufacturers racing to develop as many electrified models as possible, but they’re not the only type of electric vehicle on the market. Motorcycles are also becoming electrified, and traditional manufacturers such as Harley-Davidson and Honda as well as several upstarts are very much involved in bringing them to the market.

This new breed of bikes is quiet and emissions-free, and they range from punchy to downright fast, even by supercar standards. The driving range varies widely too, depending on the make, model, and equipment offered. Here we’ll discuss some of the most exciting models. 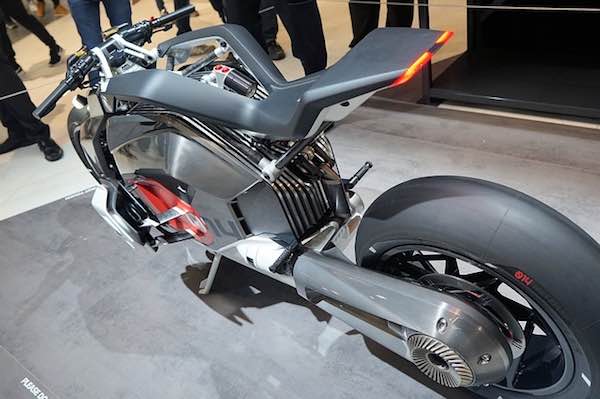 2. Honda’s CB125R-Inspired Project
Honda doesn’t yet have an electric motorcycle to match the power and range of Harley’s LiveWire, but rumors of an all-electric model based on the current CB125R introduced in 2018 foreshadow the brand’s foray into motorcycle electrification. Unfortunately, The CB125R isn’t available in the United States, but it’s worth noting because it’ll likely serve as the framework for an upcoming US-spec electric model. Considered a “learner level” motorcycle, today’s CB125R has a 125cc engine that can reach a top speed of 59 mph. An electric model might be similarly targeted at new riders.

3. Zero Motorcycles
Founded in 2006 as Electricross, Zero Motorcycles offers a full-line of street and dual-sport bikes featuring 102-volt lithium-ion power packs and a single electric motor coupled to the rear wheel. Since 2010, Zero has offered a variety of motorcycles, including the SR/S. This one is its most powerful model, featuring an electric motor with 140 pound-feet of torque, a top speed of 124 mph and 161 miles of city range. With its available 6 kWh rapid charge upgrade, the SR/S is 95% charged within 80 minutes.

4. Lightning LS-218
With a top speed of 218 mph, the Lighting LS-218 lays claim to the title of the fastest electric motorcycle in the world. This model benefits from a 100-mile average range. Its electric motor develops 200 horsepower and 168 pound-feet of torque. In 2013, the LS-218 won the annual Pikes Peak International Hill Climb, making it the first electric motorcycle to beat internal-combustion rivals in a professional road race. For a model that’s somewhat less powerful and costly, consider the Lightning Strike.

5. Arc Vector
The Arc Vector is worth a mention even though the company went bankrupt before building this six-figure all-electric motorcycle. The Vector incorporated a visionary design featuring hub-centered steering. The front swingarm pivot point is above the axle, which means the Vector lifts upward when the brakes are applied, instead of diving as they do with a conventional bike. On the flip side, the design causes the Vector to run wide when it’s cornering.

Electric Motorcycles: A Fad or Here to Stay?

Although there are many plans in the works by many companies across the globe, only time will tell whether electric motorcycles will gain a significant market share. In the coming years, keep your eyes peeled to catch one of these futuristic speeders in the wild — you may even be tempted to get in on the fun yourself.

Check out all the motorcycle and powersport parts available on NAPA Online, or trust one of our 17,000 NAPA AutoCare locations for routine maintenance and repairs. For more information about all types of motorcycles, chat with a knowledgeable expert at your local NAPA AUTO PARTS store.