Like so many 10-year-old boys, Devin Wade likes everything about police officers and law enforcement from the uniforms and badges to the squad cars and sirens. Unlike other boys however, Devin has a genetic disorder he’s been battling since birth. As a newborn he was immediately taken to the NICU (neonatal intensive care unit) and suffered seizures when he was 10 months old. MRIs showed damage to the portion of his brain responsible for motor function and fine motor skills

Despite some difficult times, Devin’s family says he is a ball of fun. He loves everything about police officers and the line of duty. According to his father Denny Wade, “Anytime he hears sirens, whatever he’s doing at that moment stops. And whatever I’m doing has to stop and we have to look out the window.”

Seeing law enforcement officers and their vehicles always brings a smile to Devin’s face. In June, the Make-A-Wish Foundation had him grinning from ear to ear. 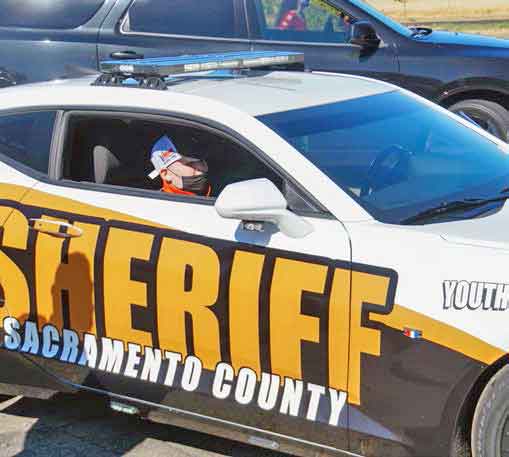 With help from NAPA Sacramento, the Make-A-Wish chapter of Northeastern & Central California and Northern Nevada organized a parade in Devin’s honor that included a fire engine, sheriff’s car, Bill McAnally Racing’s (BMR) No. 16 NAPA AUTO PARTS Toyota Camry and a line of other vehicles. The parade began at Devin’s school, Herman Leimbach Elementary, where students cheered on their classmate from the sidewalk.

Devin was invited to ride in the fire engine and even got to sound the horn. The parade wound its way through the streets of South Sacramento to the Courtland Fire Station where another surprise was waiting for Devin. He was presented with a police uniform and a bike. Devin is looking forward to wearing his new uniform and riding his “police bike” around the neighborhood to help keep everyone safe.

“Today is never going to be outdone,” said Devin’s mother, Daniele Iseri. “This is going to be the talk until the end of time.”

His father added, “It’s very emotional and I’m so happy this is happening for him. It’s not only going to be a day he’ll never forget, but I’ll never forget it as well.”

On the day of the parade Devin posed for pictures with members of the Sacramento County Sheriff’s Department and the Courtland Fire District and also had his picture taken beside the No. 16 NAPA AUTO PARTS Toyota Camry. In addition, BMR provided Devin with a goodie bag filled with an NGK honorary crew shirt, BMR NAPA hat, NGK Sparky bobble head, and lanyards.

“It was great to help NAPA Sacramento and be part of the amazing opportunity of granting Devin’s wish,” said BMR owner Bill McAnally.

Supporting Make-A-Wish is a Team Effort 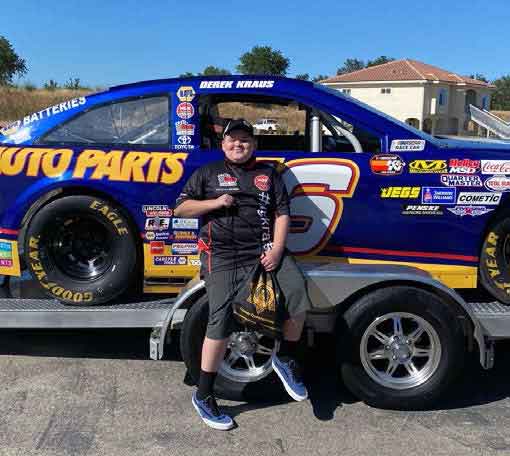 General Manager NAPA Sacramento, John Uhl, said supporting Make-A-Wish is a team effort that includes Sacramento Distribution Center employees, BMR, customers, NAPA store owners, and manufacturers. To help raise money, Make-A-Wish star magnets were available for customers to purchase in-store. And for a $10 donation store owners and manufacturers at the spring “Big Show” had the chance to catch as much cash as possible during a set amount of time as bills swirled around them inside a money booth.

“One of the many great aspects of working for Genuine Parts Company is knowing the company supports and expects our involvement in giving back to our local communities,” said Uhl. “Knowing this, we were able to get behind Make-A-Wish a number of years ago, led by our former Executive Assistant, Nicole Vanderwilt.

“While Nicole has left the company, Bailey Hackett, our Human Resource Generalist, picked up the ball and summoned the support of the Sacramento team including Nicole even though she left the company. We plan on continuing our support of Make-A-Wish into the future. I am very proud of the job Nicole, Bailey, Shar Bushgen, our Human Resource Manager, and the entire team did in making this wish come true!”