Alexander Rossi stepped on to the second step of the podium after the checkered flags flew at the Honda Indy Toronto Sunday. 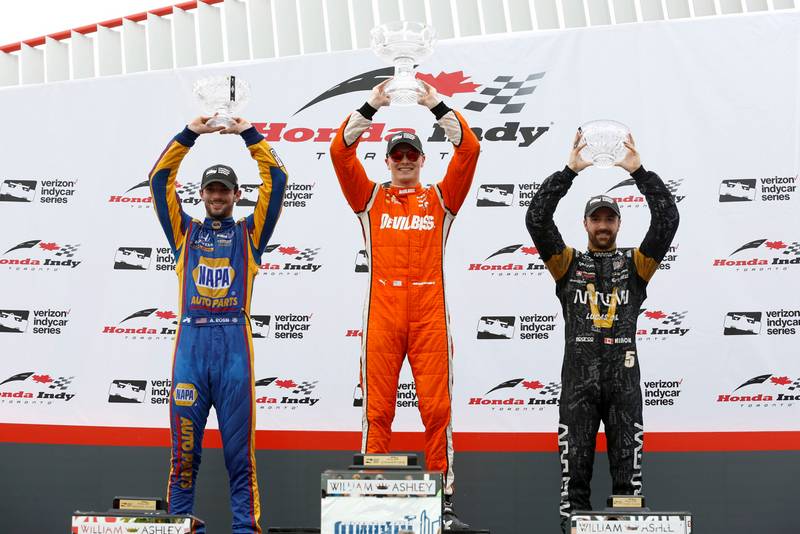 The weekend full of struggle changed for Rossi and the No. 98 crew when a perfectly timed pit stop was completed just before a yellow flag. The Honda Indy Toronto started off with the No. 98 car failing to find quick lap times during practice on both Friday and gaining a bit of speed on Saturday. When it came time to qualify, Rossi advanced into Round 2 and just missed the Firestone Fast Six.

“Friday afternoon, we were really lost,” said Rossi. “We did a lot of soul searching Friday evening – my engineers and I stayed at the track much later than we usually do and analyzed everything that we could. We made some pretty solid changes overnight that suited me really well on Saturday (for qualifying).” 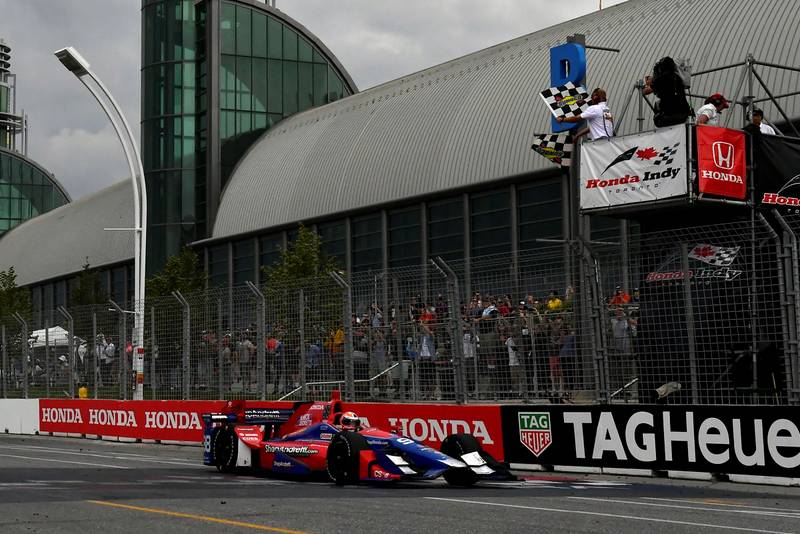 When race day at the Honda Indy Toronto came, the No. 98 car, again, failed to find a fast pace in the morning warm-up session, but the team was determined to give the 2016 Indy 500 winner a fast car for the race – which they accomplished. Rossi was running sixth behind James Hinchcliffe and decided to pit to run in clean air and make up time. With a combination of a quick car and strategy, the No. 98 Honda pitted on Lap 21, just two laps before a yellow flag waved.

“I knew when we made the decision to pit, James [Hinchcliffe] was really struggling,” Rossi said when asked about the first pit stop on Lap 23. “We pitted not because we were anticipating a yellow. We pitted because we wanted to get clean air. We made the most of the out-lap because we jumped all the guys that stayed out longer than us. That was the key moment of the race. The yellow coming was just good fortune.”

When the checkered flag flew over the 85-lap race, Alexander Rossi crossed the finish line 1.9 seconds behind Josef Newgarden and stepped on to the second step of the podium for his best finish since the 2016 Indianapolis 500.

Rossi was followed by Toronto-native James Hinchcliffe in third and teammate Marco Andretti in fourth. Andretti Autosport’s Ryan Hunter-Reay held off Simon Pagenaud for the fifth position until Lap 79 and settled for a sixth-place finish. The 2-4-6 finish for Andretti Autosport is one of the team’s best collective race results of the 2017 season. 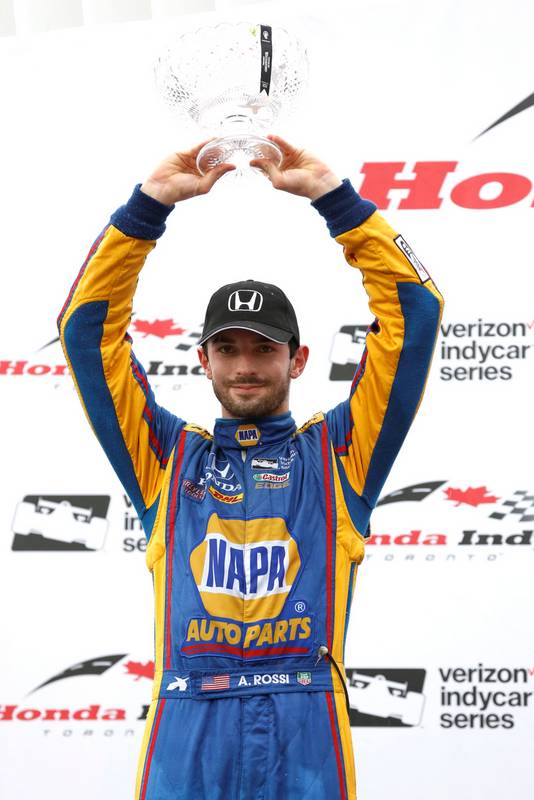 “This finish has been a long time coming,” said Rossi. “We had the Indy win, but I’ve been looking for that first podium and hopefully this will be a foundation to go and chase more wins. I’m relieved that we finally kind of got the monkey off our back. It was a huge turnaround overnight by Andretti Autosport to get the car where it needed to be for the race today. Qualifying was a huge effort for the whole team. I’m very proud of Honda for the effort they’ve made. As we’ve said, this year has been a huge turnaround. Big shout out to the Toronto fans for coming out to the race. It really is amazing coming here, and hopefully we can carry this momentum on through the rest of the season and get a race win for NAPA AUTO PARTS and the team.”

The Verizon IndyCar Series returns to competition in two weeks at Mid-Ohio Sports Car Course for the Honda Indy 200.

Next Race: Honda Indy 200 at Mid-Ohio Sunday, July 30 at 3 p.m. ET
How to Watch or Listen: CNBC or IndyCar Radio on Sirius XM 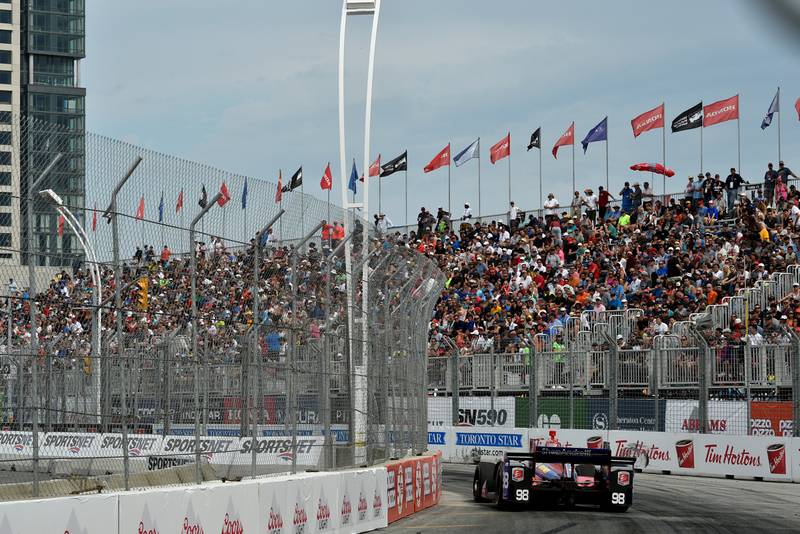