In over a century, one thing hasn’t changed much in the automobile; the internal combustion engine (ICE). True, automobile technology has advanced considerably, but it still runs on the same century-old principles; cylinders, pistons, valves, fuel and ignition. And today, there are numerous alternative iterations of these components.

The advancement that receives the most attention is alternative fuels. Fossil fuels (gas or diesel) have always powered vehicles, but recently there has been a significant uptick in the development of alternative choices. There are a few reasons for this: fossil fuels are responsible for harmful emissions, such as carbon dioxide (CO2), and fossil fuel refinement pollutes the air.

Ethanol, derived from plant materials, is blended into regular gasoline, from 10 to 85 percent, and because it is renewable, reduces CO2 emissions in comparison to running 100 percent gasoline. Automotive ethanol dates back as far as the Ford Model T, which was originally designed to run purely on this substance.

Biodiesel has also been around for a long time, the first peanut oil biodiesel was unveiled at the 1900 World’s Fair. Today, biodiesel blends can be found from 5 to 100 percent. Since it is renewable, it lowers CO2 emissions when compared to 100 percent petroleum-based diesel fuel, and the exhaust smells like French fries!

While biofuels can replace regular fuels, a “new” alternative intends to replace the ICE entirely. Most of this development is related to the electric motor-generator (MG) and the rechargeable battery.

The hybrid electric vehicle (HEV) was invented in 1901. Hybrid cars take advantage of the complementary strengths and weaknesses inherent in ICEs and MGs, for better acceleration and fuel economy, particularly in city traffic. Because they refuel like a conventional car, HEVs are a convenient way to reduce emissions. 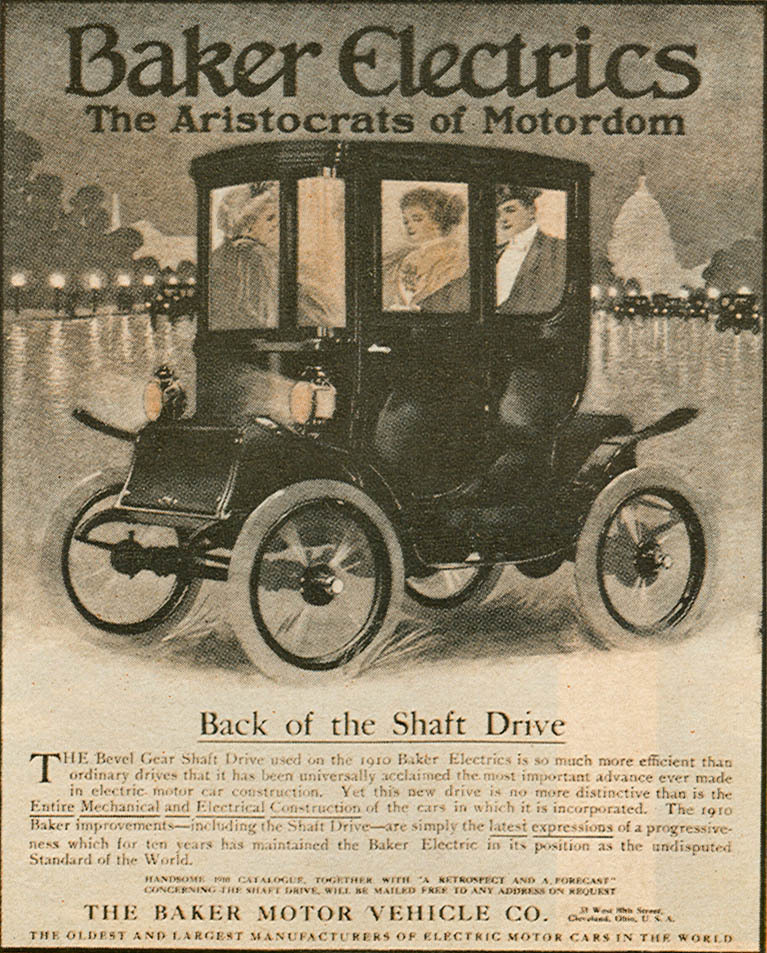 By choosing a different chemistry (lithium-ion or nickel-metal hydride), or by building a bigger battery pack, electric-only range can be increased, which diminishes emissions greatly. Plug-in hybrid electric vehicles (PHEV) and extended-range electric vehicles (EREV) are similar to drive, but different in operation.

Plug-in hybrids have a reserve battery capacity that allows a certain range running only on the battery. A PHEV charges just like an electric vehicle (EV), reverting to HEV mode when that capacity is exhausted. Similarly, EREVs run on battery for a certain range, before a gasoline-powered generator provides energy to power the vehicle, but there is no direct connection to the wheels.

Electric vehicles have been around for about a century. The first speeding offenses and automobile fatalities are attributed to New York City electric taxis, in 1899. Modern EVs can deliver as much as 300 miles of range per charge, recharging in as little as an hour. They also reduce emissions in more than one way. An MG is more efficient than an ICE and, if charged on solar power or another renewable energy source, emissions are nearly eliminated.

The latest development in alternative fuels is the hydrogen fuel cell vehicle (FCV), which could be described as running like an EREV, except there is no ICE-powered generator. Instead, a hydrogen fuel cell (HFC) chemically combines hydrogen gas with atmospheric oxygen, generating electricity to charge the battery pack and run the vehicle. The only emission generated by an FCV is water vapor.

While these are the current alternative fuels available, the future of the automobile isn’t set in stone. Who knows how a future car may run?

Check out all the fuel & emission system parts available on NAPA Online or trust one of our 17,000 NAPA AutoCare locations for routine maintenance and repairs. For more information on alternative fuels, chat with a knowledgeable expert at your local NAPA AUTO PARTS store.