Predicting the future is a fool’s errand, but that hasn’t stopped people from trying. Automotive tech is one area that’s been a particularly fertile breeding ground for this type of speculation. Expressed in everything from children’s cartoons to science fiction blockbusters, there have been some big expectations regarding automotive tech of the future.

It’s been decades since many of these predictions were first made, so the future is pretty much here. Let’s take a look at the current status of some automotive innovations that were supposed to be here by now. 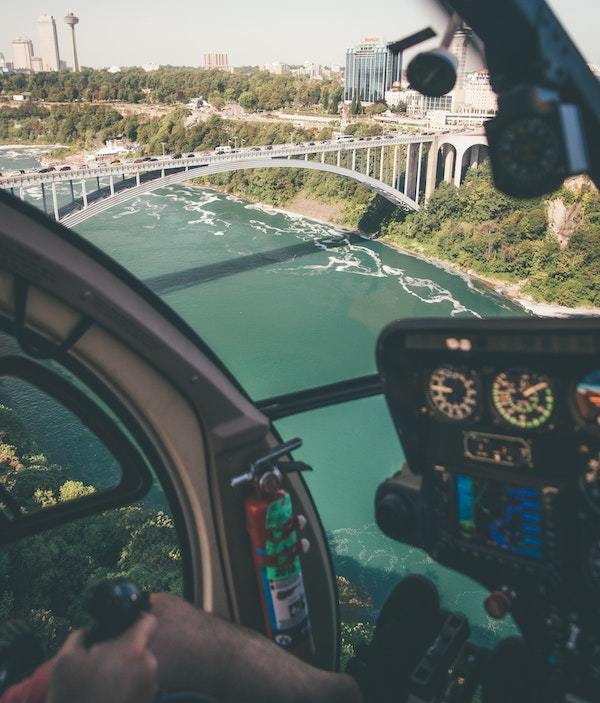 If you’ve ever watched “The Jetsons,” you know all about flying cars. Back when this cartoon was made, many expected that roads and highways would soon be a thing of the past — instead of hitting the pavement and driving from place to place, we’d simply board our flying cars and cruise through the air like birds in flight.

Obviously, flying cars aren’t yet a mainstream reality. But the technology certainly exists, and there are companies that are hard at work developing vehicles that could make flying cars part of our everyday lives. Technically, these conveyances are known as vertical takeoff and landing (VTOL) vehicles. Right now, it looks like these gadgets will first make their appearance in the rideshare market, thanks to Uber. The rideshare giant has partnered with various aviation companies to develop VTOL vehicles. Uber hopes to launch a VTOL rideshare service by 2023.

Countless science fiction movies over the years have depicted a future in which our cars don’t have drivers or windows. These vehicles get you from one location to the next without driver input. You just enter the car, vocalize your destination and sit back and wait for the vehicle to automatically take you where you want to go.

If you’ve seen news reports about Tesla drivers who have fallen asleep behind the wheel while the car continues to steer their journey, you know that there have been some big technological advancements in self-driving cars. UPS has been quietly using self-driving delivery trucks to ferry packages. Still, while cars that use semi-autonomous technology are commonplace, fully self-driving cars aren’t yet widely available to the average driver. However, you may begin to see them on the road in the not-too-distant future.

In the “Transformers” movie franchise, cars are robots that can intelligently change their shape to suit their environment or purpose. Obviously, this isn’t a current reality, but the technology isn’t as far-fetched as you might think. General Motors has reportedly filed a patent for a shape-shifting vehicle that can shrink its footprint when it’s not hauling people. This capability could help to improve the vehicle’s fuel economy and preserve battery life.

While these predicted technologies haven’t yet made it into the mainstream, they’re well on their way. It looks like the minds behind “The Jetsons” may have been onto something, even though they didn’t get the timing exactly right.

Check out all the performance products available on NAPA Online or trust one of our 17,000 NAPA AutoCare locations for routine maintenance and repairs. For more information on the latest automotive gadgets, chat with a knowledgeable expert at your local NAPA AUTO PARTS store.