You’ve probably never thought about the body control module (BCM) in your car, but this component plays an important and comprehensive role in how the electrical features of your vehicle operate. A modern vehicle is far more complicated than those built a few decades ago with new components like the BCM to carry out an array of tasks. Since the BCM touches on so many different systems, it’s not always obvious when things start to go awry. Check out this brief explanation of the BCM and the symptoms that could indicate it’s on the fritz.

What the BCM Does 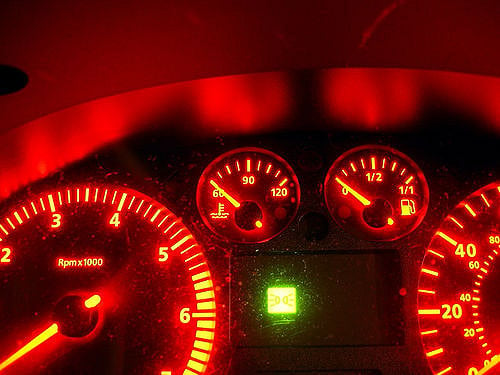 It’s a bit strange to think that something connects your vehicle’s door locks, windows, headlights and windshield wipers, but that’s exactly what the body control module does. In the old days the headlight switch was directly connected to the headlight bulbs themselves via  dedicated wiring circuit. But as vehicle became more complicated the number of dedicated wiring circuits became overwhelming, so it made sense to offload some of those functions to things like the BCM.

A modern car is basically controlled by a group of computers modules at all talk to each other via the onboard CAN bus system. The BCM links together various electronic vehicle features and keeps them under central surveillance to make it easier for your automobile to operate them. When you press the power window button you are telling the BCM to activate the window motor relay on your behalf. Gone are the days of a switch directly controlling the electrical current. While there might not be much of a functional link between your power sunroof and your gauge cluster, having them all under one roof is a common practice in automotive design.

One of the keys to diagnosing a problem with the body control module versus an issue with an individual component is sudden, unusual behavior. Examples include flashing dash lights, a stereo system switching from AM to CD in the middle of a broadcast, the horn honking when you put down a specific window or hazard lights activating themselves in the middle of a drive. You may also have problems starting the car. If you are lucky a check engine light will be triggered and a fault code U0140 (Lost Communication With Body Control Module) set to help you track down the root of the problem. If you suddenly see a number of dashboard warning lights on at once whereas everything was fine yesterday, the BCM could be at fault. You may also have problems with using the factory vehicle security system as it requires several components to cooperate at once. Even a dead battery can be a sign of BCM trouble if components it controls are accidently triggered or left on.

If one or more of these symptoms are present at the same time, chances are it’s an issue with the BCM, and not the statistically less likely situation of multiple vehicle features failing simultaneously. If the problems occur intermittently, however, you might need to look into other causes, such as a bad battery or alternator – which won’t provide the level of voltage required for normal operation – or an issue with the fuses or relays in the electrical system. You can use a circuit tester to troubleshoot the electrical system yourself, but sensor issues are often best left to your local mechanic.

How to Repair a Body Control Module

Most of the time, a damaged BCM will have to be replaced and can’t be repaired. Water, vibration, heat and age can all contribute to a module failing, which, depending on the placement of the unit in your vehicle, can be difficult to avoid. The BCM is typically located under the dash or behind a kick panel so there will be some minor interior disassembly involved. Once the BCM is located it is usually held in place with a few screws. Physically replacing the BCM is only part of the repair though. Many newer vehicles require modules to be programmed whenever they are replaced. The module needs to be connected to a special diagnostic tool (or sometimes even a dedicated computer) to allow for it to be synchronized with the systems in your particular vehicle. While the tools needed to program a BCM are usually expensive, they are not a dealer-only item. Your local NAPA AutoCare can likely handle any BCM repair you may need.

To keep your new BCM in the best shape possible, make sure it stays clean and dry, and protect it from unwanted shaking or excessive heat if at all possible. If your vehicle gets flooded dry it out immediately and take extra care to check for moisture in and around electronic components.

Check out all the electrical parts available on NAPAOnline or trust one of our 17,000 NAPA AutoCare locations for routine maintenance and repairs. For more information on your vehicle’s body control module, chat with a knowledgeable expert at your local NAPA Auto Parts store.