Badge engineering is the practice of marketing a motor vehicle under two or more brands. Sometimes, the engineering is readily apparent — the Dodge and Plymouth Neon are examples of a shared model name. In other examples, trim differences and separate model names mask the similarities underneath the hood. Here’s a look at why manufacturers employ this practice, some common examples and how to spot badge-engineered models.

Why do car manufacturers share similar models between brands? There are two main reasons:

1. To fill out a brand’s product line with an existing vehicle.

2. To save on design, engineering, tooling and manufacturing costs.

According to AutoBlog, developing a new vehicle costs from one to several billion dollars if nothing from the previous platform (like the engine or transmission) carries over. Instead of designing a fresh model, making changes to the grille, taillights and badge yields a “new” model — or at least one new to the brand — at a far lower production cost. 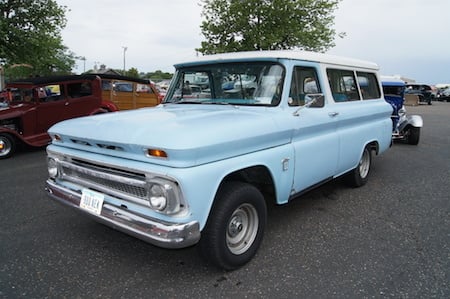 For as long as manufacturers have managed multiple brands, spreading the same models across those brands has been common practice. GM once shared platforms with Chevrolet, Pontiac, Oldsmobile and some Buick products. Back then, however, at least the engines were unique to each brand, as they were developed in house.

As car development costs rose, even the engine differentiation disappeared. When GM rolled out its new front-wheel-drive X platform in 1980, the Chevrolet Citation, Pontiac Phoenix, Oldsmobile Omega and Buick Skylark shared a common platform and most of the components. The only important differences involved the assignment of body styles, as not every brand had each of the four designs available: coupe, sedan and three- and five-door hatchbacks.

In 1994, the Chrysler Corporation took this practice to an extreme. An all-new compact Neon model rolled out, available in coupe and sedan body styles. All three brands — Chrysler, Plymouth and Dodge — sold the Neon, although it was marketed only as a Chrysler outside of the United States. In another example, Chevrolet and GMC shared the Suburban name from 1935 to 1999 before GMC renamed its model. To this day, both remain examples of badge-engineered models.

Most manufacturers have moved away from badge engineering, choosing instead to focus on brand-unique models. However, the practice hasn’t been completely abandoned. For example, Ford and Lincoln products share common platforms, although the Lincoln versions feature unique interiors and, in some cases, dedicated engines. Toyota’s Lexus brand and Nissan’s Infiniti both use architectures from their parent companies for some of their vehicles. For example, the Nissan Armada shares most of its component with its upmarket twin the Infiniti QX80. Chevrolet and GMC trucks and SUVs are mostly identical, although there are now some important differences between the once-similar Buick Enclave and GMC Acadia.

On occasion, badge engineering exists between competing manufacturers. Typically, this happens when one manufacturer approaches another about selling a product under one of their brands. Of course, the original manufacturer stands to lose sales to the competitor for a vehicle they built, but they also save money by partnering.

The first Hyundai model sold in the United States, the Excel, was also sold as the Mitsubishi Precis, although the latter wasn’t available in the United States. More recently, Toyota contracted with Mazda to sell the Mazda2 as the Scion iA (later renamed the Toyota Yaris iA). Also, Nissan sells its NV200 compact van under contract with GM as the Chevrolet City Express. Other examples include the Toyota 86, which was sold in the U.S. as either the Scion FR-S or the Subaru BRZ (it is now sold in the U.S. as just the Toyota 86). Recently Fiat began selling a version of the Mazda Miata under their own brand as the 124 Spider.

Most examples of badge-engineered cars are easy to spot by the differences in the front and rear fascias. Rarely does a manufacturer go to great lengths to conceal models — the exact profile found on two or more models is the usual telltale sign. An advantage of such vehicles is that parts are interchangeable. For instance, if you own a Pontiac Vibe, you can shop for Toyota Matrix parts.

Check out all the interior & exterior parts available on NAPA Online or trust one of our 17,000 NAPA AutoCare locations for routine maintenance and repairs. For more information on badge-engineered vehicles, chat with a knowledgeable expert at your local NAPA AUTO PARTS store.