Bob Chambers owns six NAPA AUTO PARTS stores located around Fredericksburg, Virginia, serviced out of the Richmond Distribution Center. He will tell you however that he is “not a parts guy.” 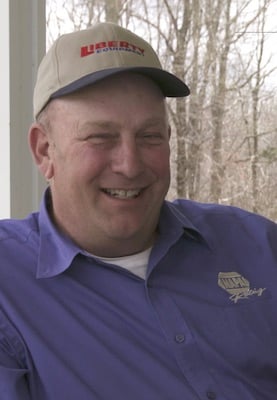 A mechanic by trade, Bob and his wife Missy, moved to Virginia from West Virginia (near Pittsburgh, Pennsylvania) in 1987. Because unemployment in the area hit a high of about 16 percent in the late 80s, the Chambers decided to pick up and leave, moving everything they owned in two pick-up trucks and a small U-Haul trailer.

Chambers services and repairs everything from dump trucks to school busses. He said, “We will basically work on anything…except light vehicles. If it’s big, we can handle it!” 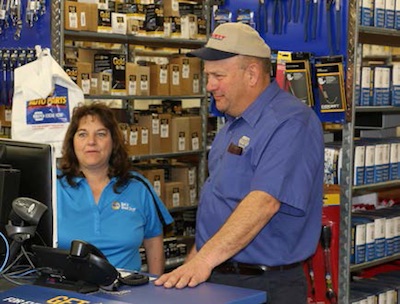 Chambers attributes the success of the 2016 Greenfield store to Missy. He stated, “We couldn’t have opened that store without her. The time she spent with the county regarding building codes and permits as well as with all the people involved to get a large store opened was huge.”

Thanks to the NAPA Dollars and Sense program, the Chambers were able to aggressively expand their NAPA store count.

It’s All About Family

While Missy has been instrumental in launching the new NAPA stores, she isn’t the only family member involved with the business. Bobby, the Chambers’ oldest son, is a mechanical engineering graduate of Virginia Tech. Bobby joined the family business about two years ago after a stint working for a large construction company in the Washington DC area. He started as a service writer for the Liberty Equipment side of the business but has now transitioned to a product support/outside sales role for the NAPA stores.

As if it wasn’t enough for Chambers and his family to operate a Truck Service Center and six NAPA stores, they also run a farm. Purchased in 1997, Bob and Missy have 450 acres of land they call home. They farm about 2,500 additional acres of row crops and have approximately 100 beef cattle. Bob and Missy’s youngest son, Garret, plans to work on the family farm after graduating from Virginia Tech with a focus on agronomy and business.

The future for the Chambers family continues to look bright. Chambers said, “I don’t want the kids to take over too quickly for me, but in the next 7-10 years I intend to transition our companies to the next generation and let them improve and grow what Missy and I started. It will be interesting to see how it all takes shape.”