The Kasey Kahne Racing NAPA AUTO PARTS team continued their quest for the 2019 championship with three top-ten finishes over the weekend.

Brad Sweet and Donny Schatz have traded the NOS Energy Drink World of Outlaw Sprint Car Series points lead multiple times throughout the season, and the top spot in the championship standings swapped hands two more times over the past week’s races. 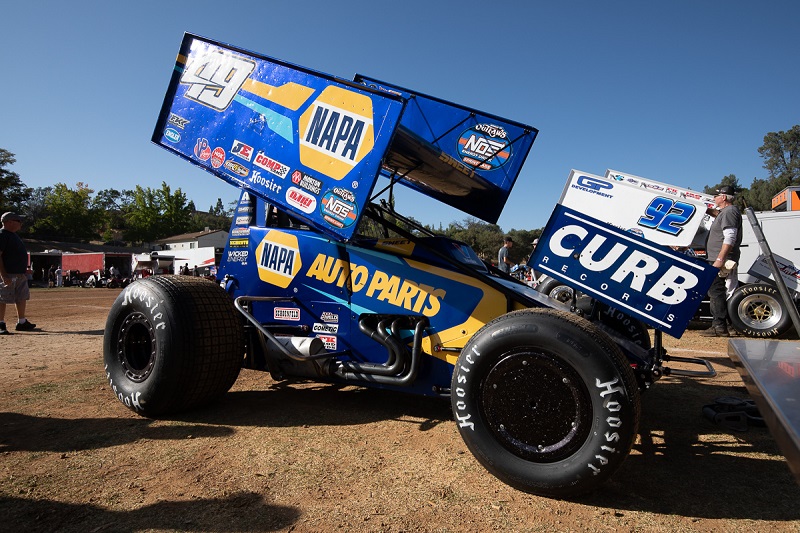 On Wednesday, the series stopped at Placerville Speedway for the 49er Gold Rush Classic presented by Riebes NAPA AUTO PARTS, an event that Sweet promotes. Over 150 NAPA guests were on hand for the event which was initially scheduled for March 23, but inclement weather forced officials to postpone the race to September 11.

Sweet fired off quick when the night began, qualifying the No. 49 machine in the sixth position and giving him the second starting spot for his heat race. Sweet went on to win his ten-lap heat, earning himself a spot in the DIRTVision Fast Pass Dash. He also won the dash, earning the NAPA AUTO PARTS team the pole position for the feature later that night. 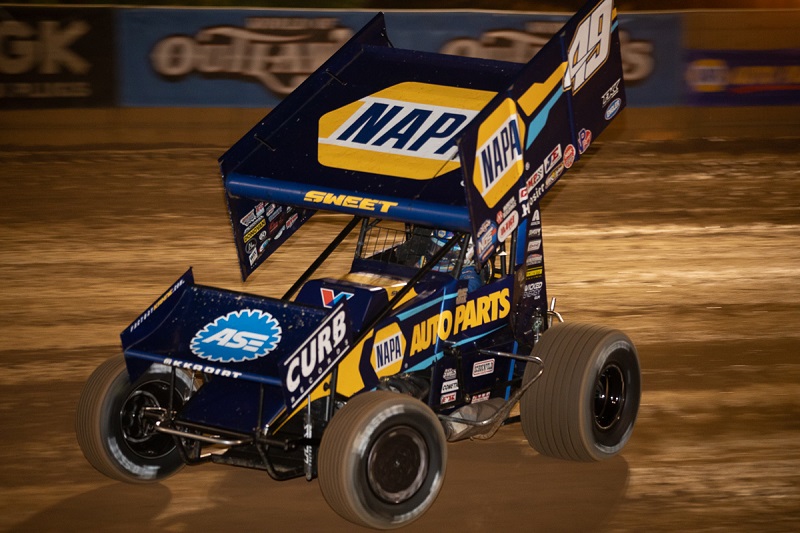 When the 40-lap feature rolled off, “The Big Cat” jumped out to an early lead over fellow California native and Kyle Larson Racing driver Carson Macedo. Sweet paced the field for the first 14 laps, despite an issue with the No. 49’s engine that got worse as the race went on. A slight bobble by Sweet in turn three gave Macedo the room he needed to overtake the lead; Sweet held on and did all he could to remain competitive with only seven working cylinders. The Grass Valley, Calif., native did just that and was able to hold on to a top-ten finish, coming home in sixth despite the engine issue.

With what was later determined as a lifter failure in the valve train, Sweet re-took the World of Outlaws points lead over Donny Schatz with the finish. 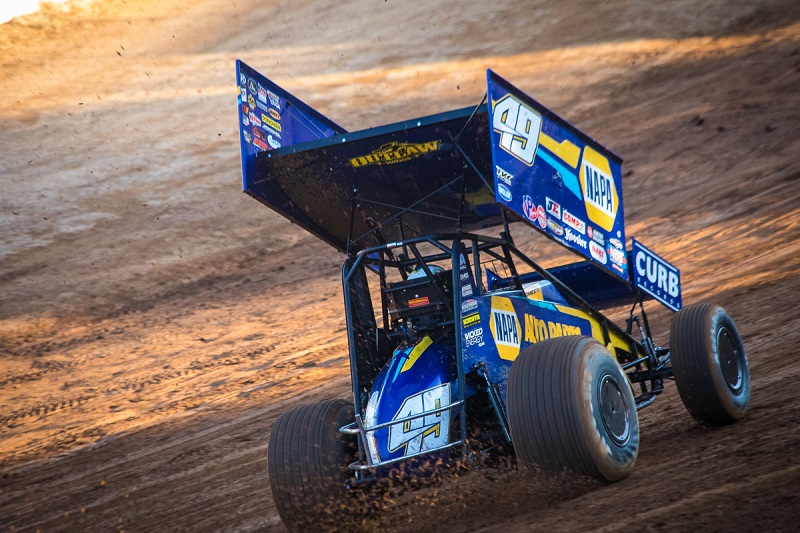 On Friday night the “Greatest Show on Dirt” stopped at Stockton Dirt Track in Stockton, Calif., for the penultimate race of the final west coast swing of the season. Pulling a late and non-favorable qualifying draw, Sweet posted the 14th-fastest lap of qualifying. After a fifth-place finish in his heat, Sweet did not transfer to the Fast Pass Dash and would start the feature deep in the field in 14th.

At the drop of the green, the Kasey Kahne Racing No. 49 slipped back to the 16th position. Struggling with the set-up of the No. 49 machine, Sweet remained deep in the field for much of the race until a late caution flew with only seven laps remaining. Sweet took advantage on the restart, powering his way to the tenth position and earning his 52nd top-ten finish of the season. 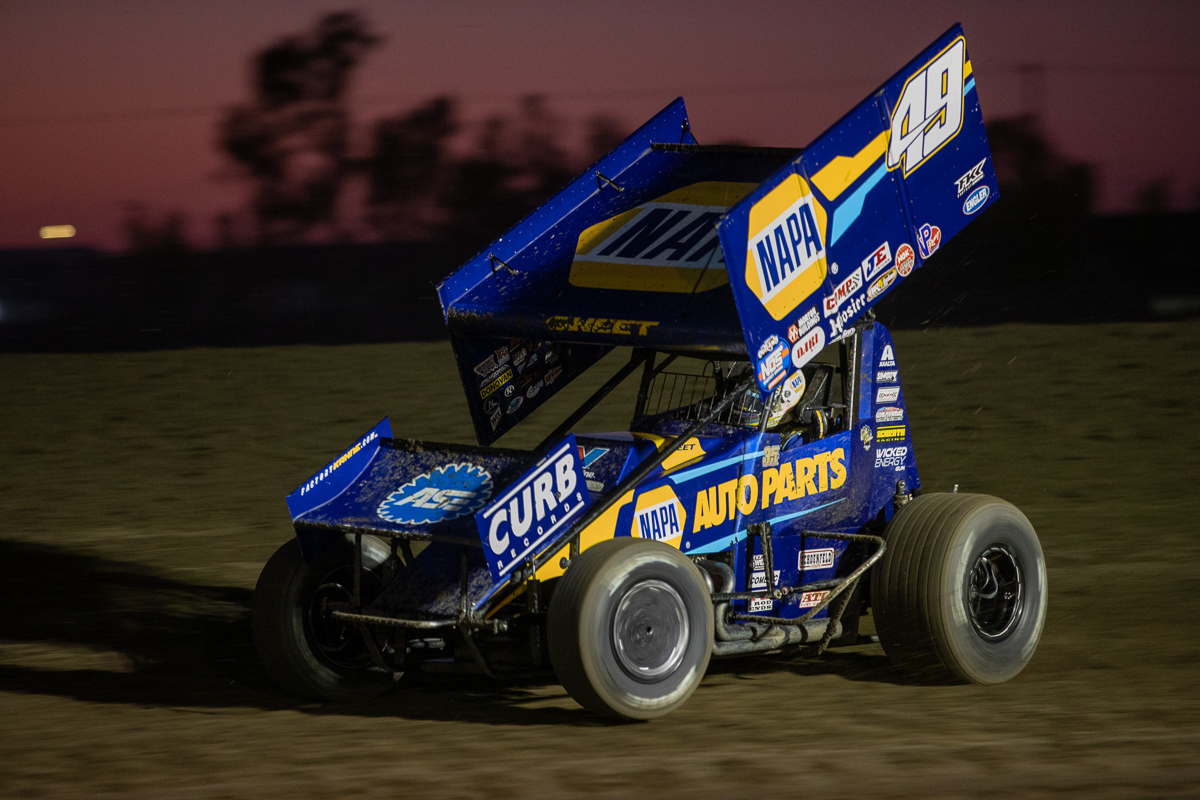 Championship rival Donny Schatz finished inside the top five, regaining the points lead as the series made their final stop in California the following night at Calistoga Speedway in Calistoga, Calif.

Before the cars hit the track on Saturday, NAPA VIPs were treated to a private meet and greet with Sweet and a tour of the Kasey Kahne Racing team transporter. 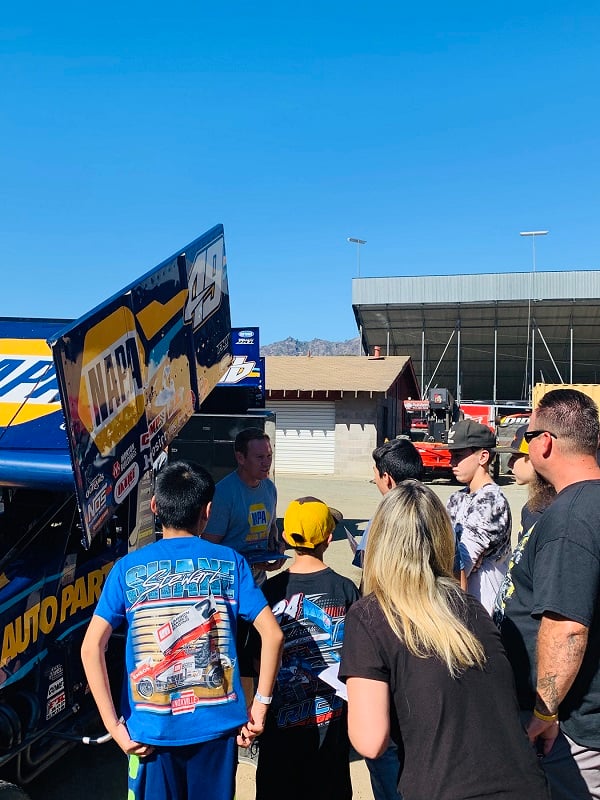 For the second night in a row, Sweet did not pull a favorable qualifying draw and laid down only the 17th-fastest lap during the single-car qualifying session. In true championship fashion, the NAPA AUTO PARTS team would not give up heading into the heat race. Starting sixth in an eight-lap heat, Sweet flexed his muscle and powered his way to a second-place finish, securing a spot in the Fast Pass Dash, where he went on to finish third.

Starting on the inside of the second row for the 25-lap feature around the historic ½-mile oval, Sweet aimed to close the points gap on Schatz once again. 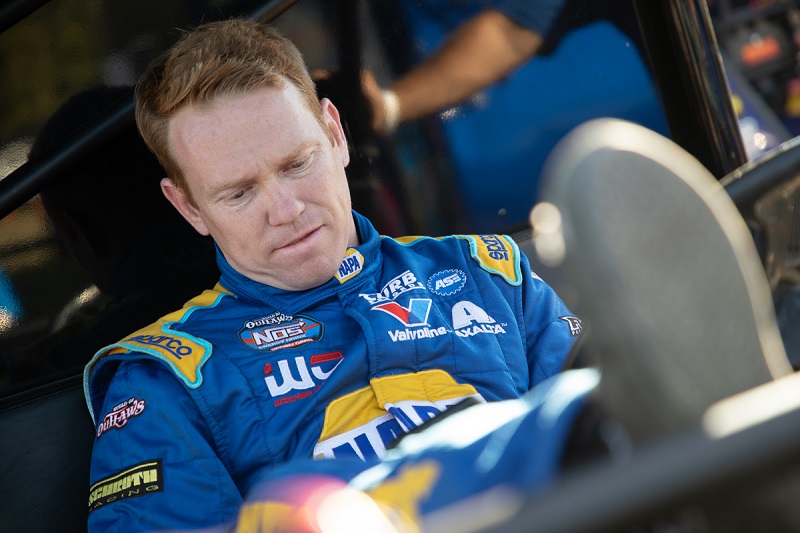 At the drop of the green, pole sitter David Gravel rocketed out to a half-track lead over Sweet, who jumped into the second spot. Slowed by lapped traffic, Sweet was able to catch Gravel and, just two laps later, the No. 49 NAPA AUTO PARTS car briefly took the lead with a slide job pass into turn one.

Gravel, the 2019 Knoxville Nationals Champion, held on to the inside line and regained the lead from Sweet in the very next corner. 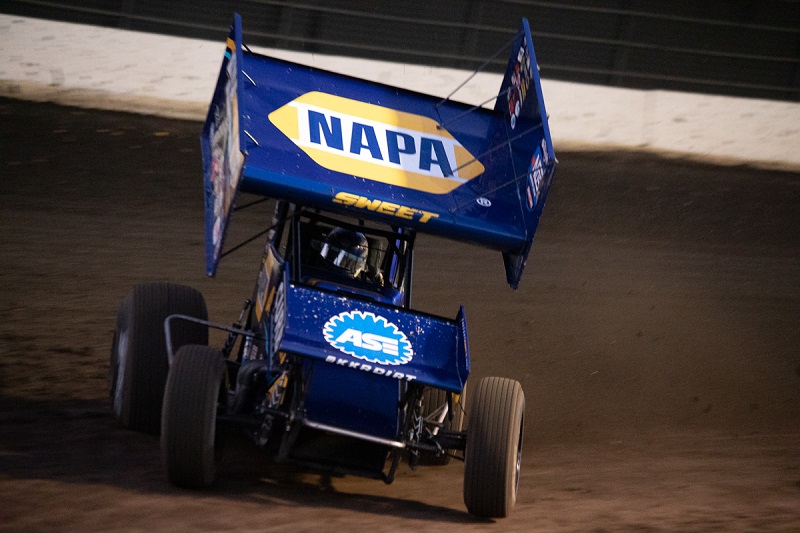 A caution flag then flew for a stopped car on the track. On the ensuing restart, Gravel once again jumped out to a straightaway lead. Sweet gave chase until yet another caution flew with only eight laps to go. Giving it all he had, Sweet made one last charge for the lead but wasn’t able to complete the pass; Gravel went on to claim his eighth win of 2019 after leading all 25 laps of the race.

With his second-place finish, Sweet again closed the points gap on Donny Schatz. The NAPA driver sits just ten points behind the ten-time champion as the series makes its way back east this week. 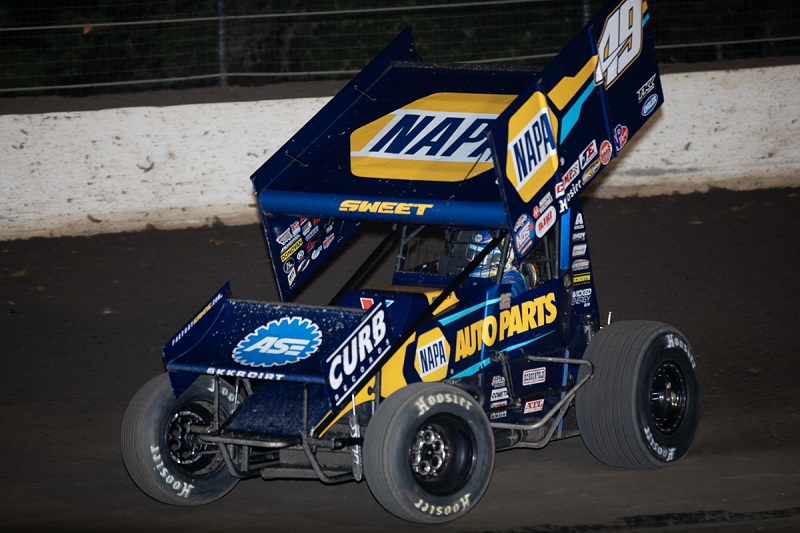 The series returns to action on Friday, Sept. 20, and Saturday, Sept. 21, at Dodge City Raceway Park in Dodge City, Kan., for the Outlaws Boot Hill Showdown.