Brad Sweet and the NAPA AUTO PARTS Kasey Kahne Racing (KKR) team headed into Beaver Dam Raceway over the weekend with high  expectations; Sweet is a two-time winner at the 1/3-mile track while KKR, as a company, has six wins at the facility.

With beautiful weather on tap, the No. 49 team qualified fifth on Friday evening. Sweet went on to win his heat race and was third in the Fast Pass Dash, which gave the reigning series champion a starting position for the 30-lap feature on the inside of the second row. 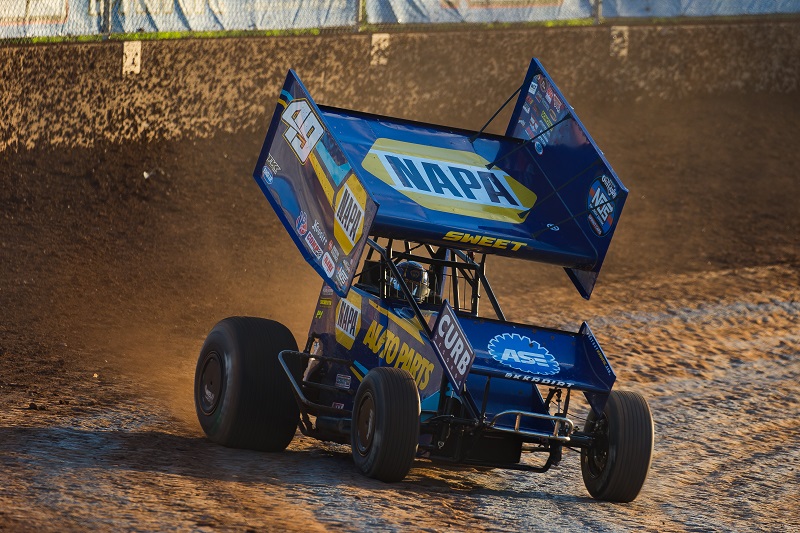 Sweet settled into third in the running order for the first two laps after the drop of the green flag. Working the low line, he slipped back to the fourth position on lap three. Just a few laps later, the high line began to come in and the No. 49 car regained the third spot. By lap 19, Sweet had worked his way into second. 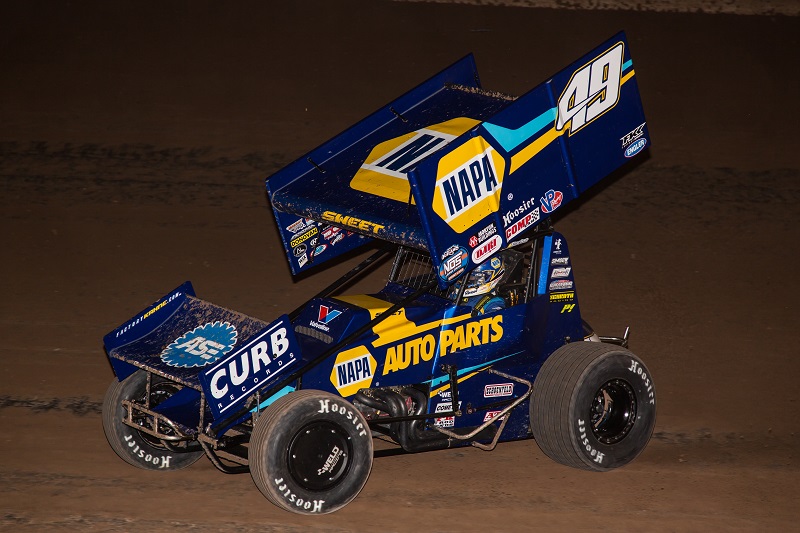 Then-leader Sheldon Haudenschild had amassed over a straightaway lead over the field when exiting turn four and, with just 11 laps to go, the No. 17 machine nearly spun out, allowing Sweet to close on his back bumper. 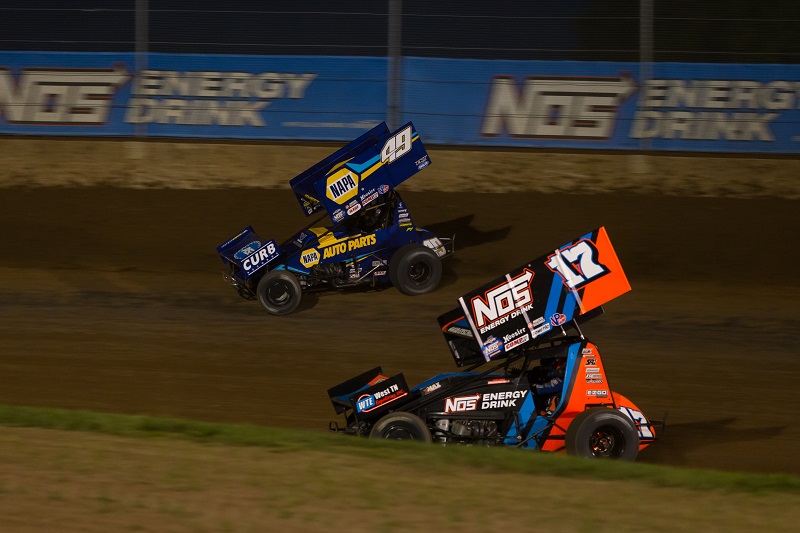 Sweet stalked Haudenschild for the next eight laps, nearly making the pass for the lead multiple times as he worked the top lane of the track and Haudenschild navigated lapped traffic on the low lane. With just three laps to go, Sweet briefly wrestled the lead away from Haudenschild in turns 1-2, but Haudenschild battled back off turn two and regained the top spot.

As the pair entered turn three headed for the white flag, Sweet, still working the top lane, got a run exiting turn four and retook the lead for the final time as they crossed the start/finish line with just one lap remaining. In the final turn, Haudenschild made one last run for the lead on the low lane, but it wasn’t enough to get back by Sweet as the NAPA AUTO PARTS driver crossed the start/finish line for his third career win at Beaver Dam and third of 2020. 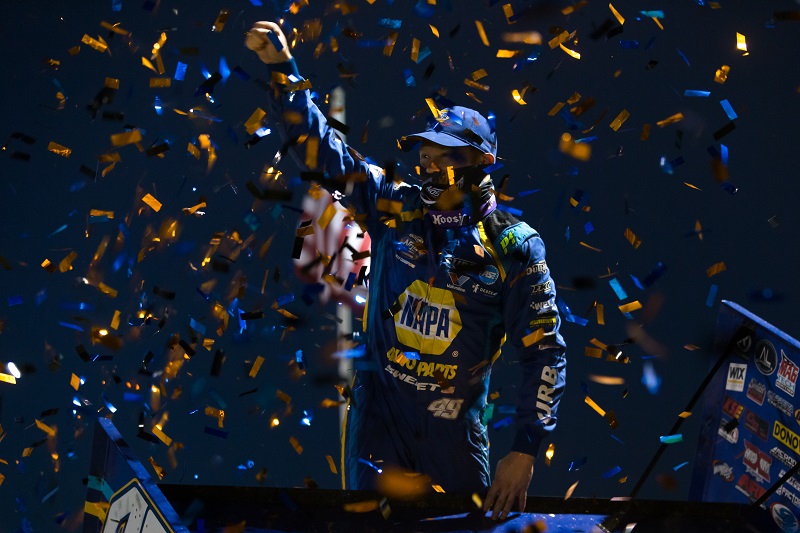 “I tried to drive it as hard as I could to get to him [Haudenschild],” said Sweet as he tried to catch his breath in Victory Lane. “It’s hard sometimes to know where to go in lap traffic. Hats off to the team. They had a really good racecar tonight. But the NAPA Auto Parts guys keep digging. Last weekend was a tough weekend on us, but we still came out with two decent finishes. It’s nice to be back on top. That’s where this team belongs.” 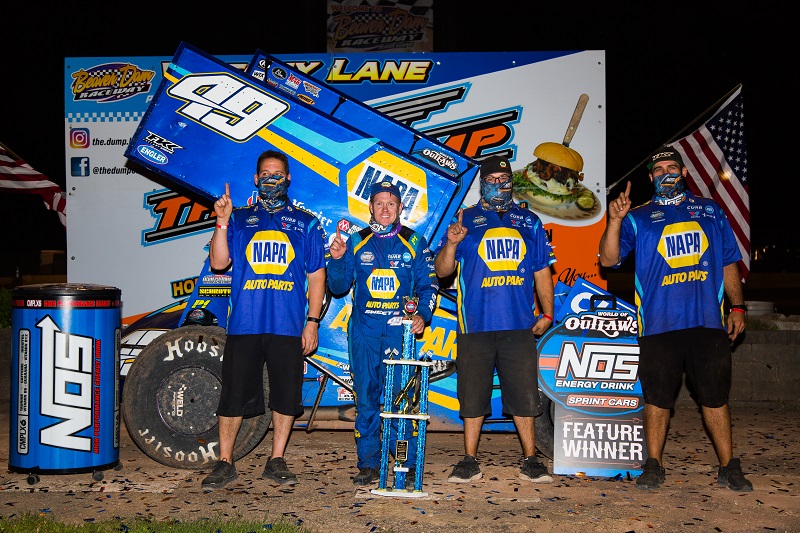 The ”Greatest Show on Dirt” series returned to Beaver Dam the following night and with the hard work of crew chief Eric Prutzman, Andrew Bowman and Joe Mooney, the No. 49 again had race-winning speed. 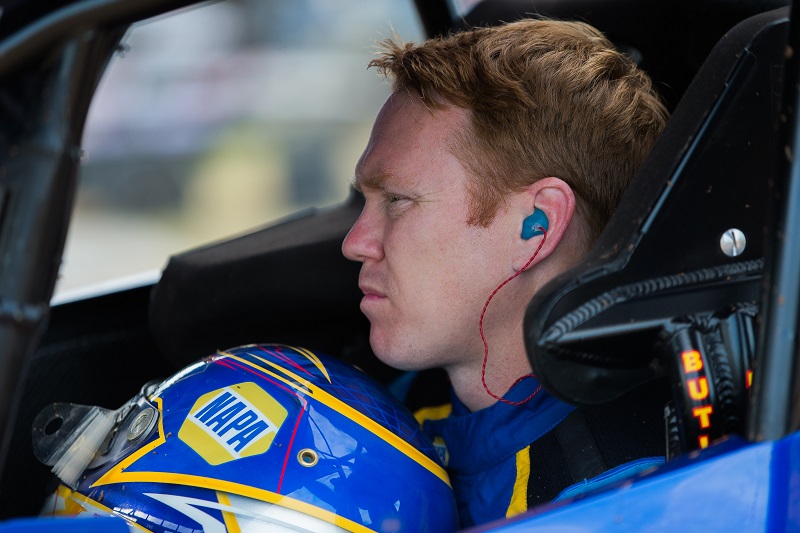 After a ninth-place qualifying effort, a second-place finish in his heat, and a third-place finish in the dash, Sweet started the feature from the third position for the second consecutive night.

On the opening lap, Sweet found himself in the fourth position out of turn two and down the backstretch, but as the field exited turn four Sweet rocketed past both Donny Schatz and Shane Stewart in a fourth-to-second move.

By lap three, Kasey Kahne Racing paced the field as team owner Kahne, in his No. 9 Karavan Trailers car, led the field, followed by Sweet. The duo stretched their lead to almost a straightaway by lap five. Things tend to change quickly in sprint car racing, and by lap ten, the two-car lead had shrunk to the top three running bumper to bumper as championship contender Logan Schuchart caught both Sweet and Kahne.

Exiting turn two, Sweet was able to wrestle the lead away from Kahne as Schuchart followed. Sweet quickly stretched his lead to nearly a full straightaway in the next two laps.

Sweet was able to stretch his lead to nearly three seconds by the midway point of the race; however, multiple cautions and red flag conditions fell as other competitors got upside down or spun. With just six laps to go, current-point leader Logan Schuchart maintained pace with Sweet as the Big Cat continued to lead the field.

As the pair exited turn four with both running the high side of the track, Schuchart jumped the cushion and made contact with the outside retaining wall, ending his night. 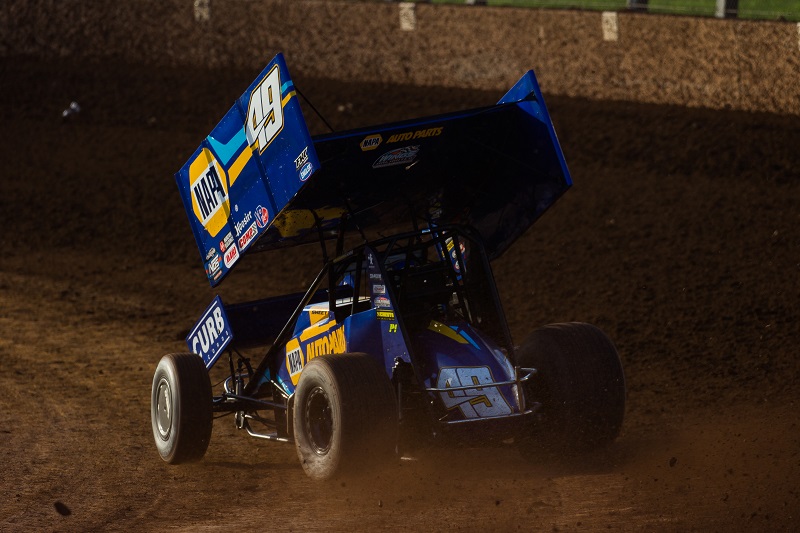 On the ensuing restart, Sweet was able to get a good jump on second-place runner Donny Schatz and earned his fourth World of Outlaws victory by nearly three seconds.

“You don’t know how many times I’d lead a race until 25-30 laps in, and he’d [Schatz] go driving by me,” Sweet said after getting a congratulatory handshake from Schatz. “I wouldn’t call him a mentor because he didn’t tell me his secrets, but years and years of studying him is why we’re standing here. I feel like we got a little bit of an edge right now. He’s going to push his team, and we’re going to push our team. It’s going to be a heck of a battle this year.”

The World of Outlaws NOS Energy Drink Sprint Car Series returns to the “Sprint Car Capital of the World,” Knoxville Raceway, on June 12-13 for the Brownells Big Guns Bash.

Next Race: June 12-13, Knoxville Raceway, Knoxville, Iowa
How to Watch or Listen: www.dirtvision.com