“The Big Cat” Brad Sweet won his fifth feature of the season Friday night at Calistoga Speedway. It was his third-consecutive win at the ½ mile track located in Calistoga, Calif.

Sweet started off the weekend by earning fast time during qualifying. The No. 49 team won their heat and the dash which placed them on the pole for the 25-lap feature. Sweet opened the race with a brief battle with California native Rico Abreu, but pulled away for the win in dominating fashion. 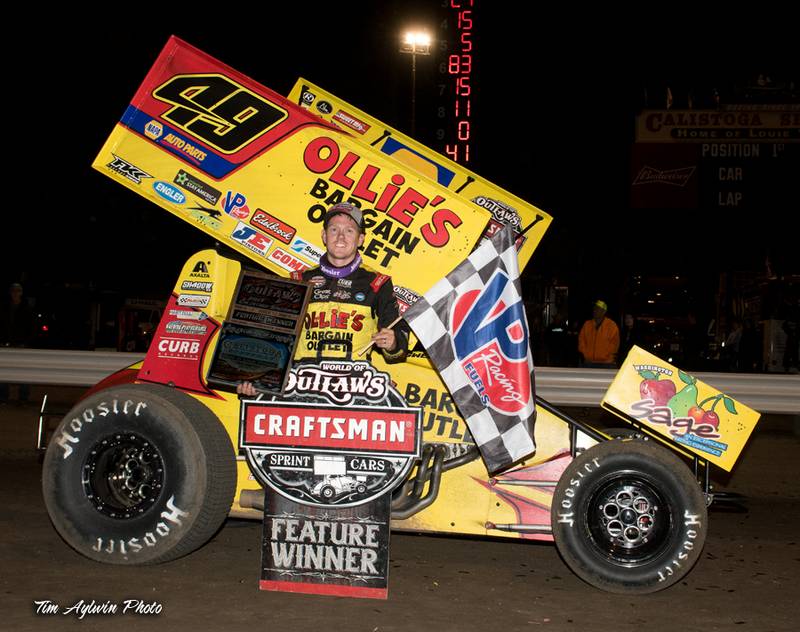 The World of Outlaws returned to Calistoga on Saturday night. Sweet and the Kale Kahne led team were the fastest in qualifying for the second consecutive night. Sweet again went on to win his heat. Finishing second in the dash, the Ollie’s Bargain Outlet / NAPA AUTO PARTS team started second in the feature. Sweet led a majority of the race in a great side-by-side battle with Shane Stewart, Jason Johnson and Donny Schatz. Catching lapped traffic with less than ten laps to go, Sweet slipped back to third where he ultimately finished, right behind Kasey Kahne Racing teammate Daryn Pittman. 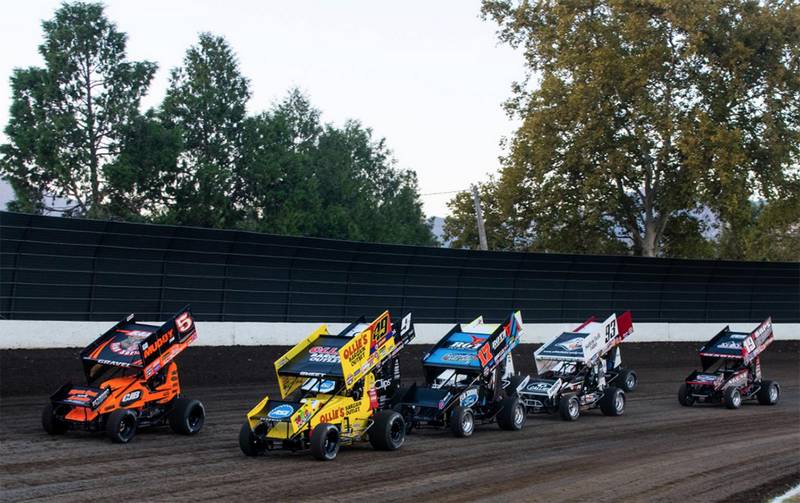