The World of Outlaws Sprint Car Series returned to action after a three-week break, including three races being cancelled because of rain.

Friday, February 23rd and Saturday, February 24th in Paige and Kilgore, Texas, were rained out, allowing the No. 49 team to dial the car in for the two-night show in Las Vegas. 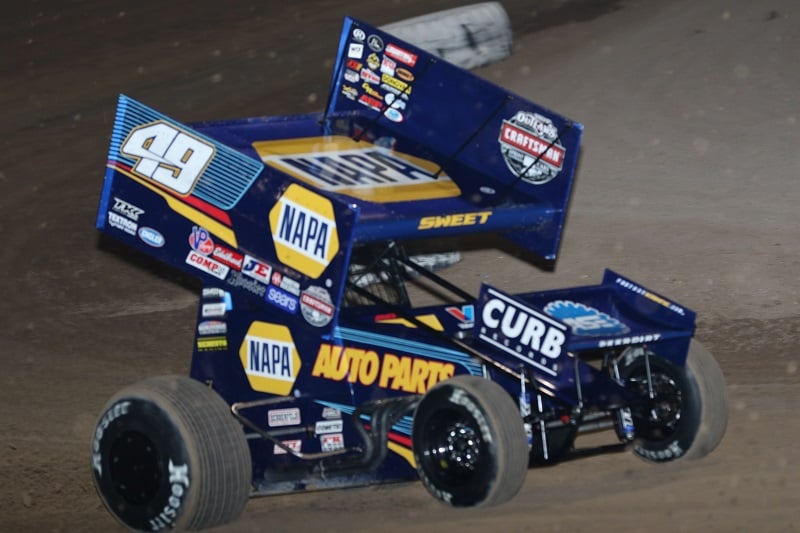 Sweet kicked off the show Wednesday at The Dirt Track at Las Vegas with a third-place finish in his heat, automatically transferring him to the feature event. Sweet started the feature in 12th place and passed nine cars during the race to bring home third place and a podium finish for the night.

Thursday night, the No. 49 NAPA AUTO PARTS machine started the heat race in fourth and moved up one spot to automatically transfer into the feature event. After starting ninth, Sweet went on to pass three cars and just barely miss another top-five finish, ending the night in sixth.

Saturday night’s event in Perris, California, was cancelled due to rain.