Defending NOS Energy Drink World of Outlaws Sprint Car Series champion Brad Sweet rebounded from a scary flip during his heat race on Friday to capture a pair of top-ten finishes over the weekend at Lake Ozark Speedway. 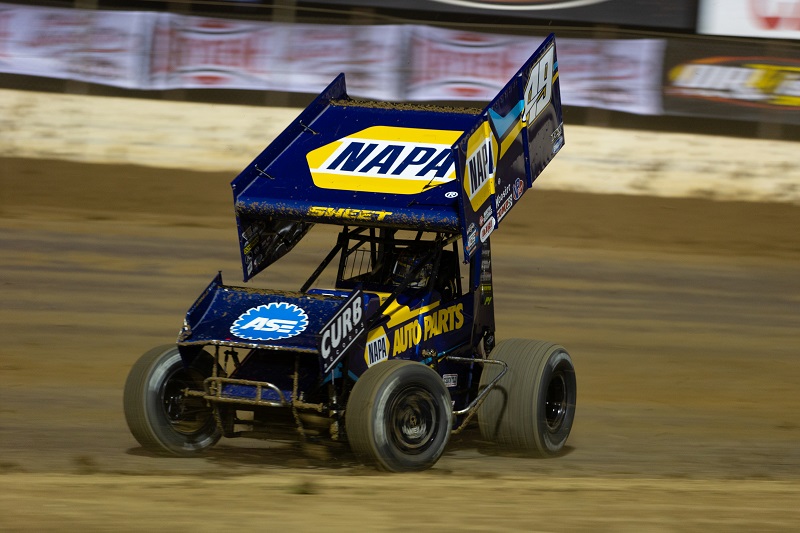 On Friday’s opening event at the 1/3-mile oval located in Eldon, Mo., Sweet and the No. 49 Kasey Kahne Racing team began the night with a ninth-place qualifying effort. On the first lap of his heat race, Sweet attempted a pass to the low side in turn one, but slight contact with another car shot him up the track. Quickly gathering the car, Sweet immediately found himself on the outside of two other cars as the field exited turn two. 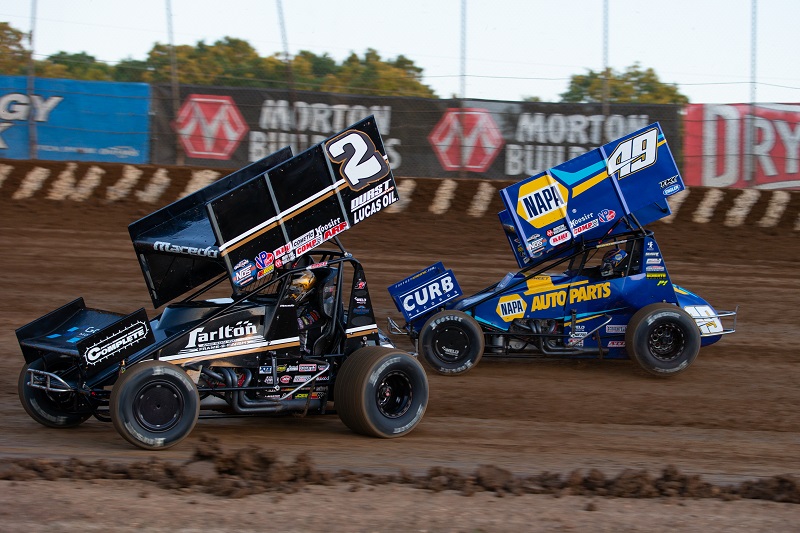 Squeezed against the outside retaining wall, Sweet and competitor Anthony Macri touched front wheels, which sent the No. 49 into the wall, and tumbling end over end down the backstretch. Sweet’s car came to a rest on its wheels after eight complete flips, and the Grass Valley, Calif., native emerged from the wreckage unscathed. 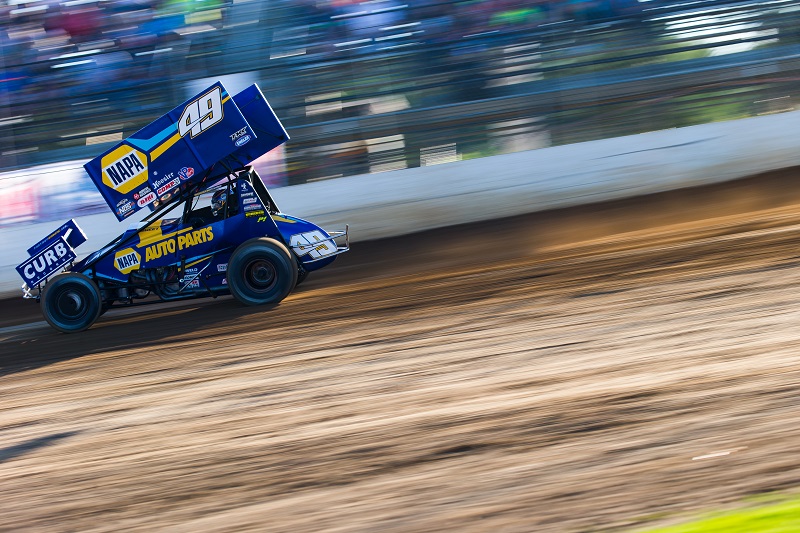 The Kasey Kahne Racing team quickly went to work, unloading a backup car to get back on the track for the Last Chance Showdown. Sweet was unable to make his way into a transfer position in time and used a provisional to start at the rear of the feature. He charged from 25th to eighth, earning the KSE Hard Charger award for the night. 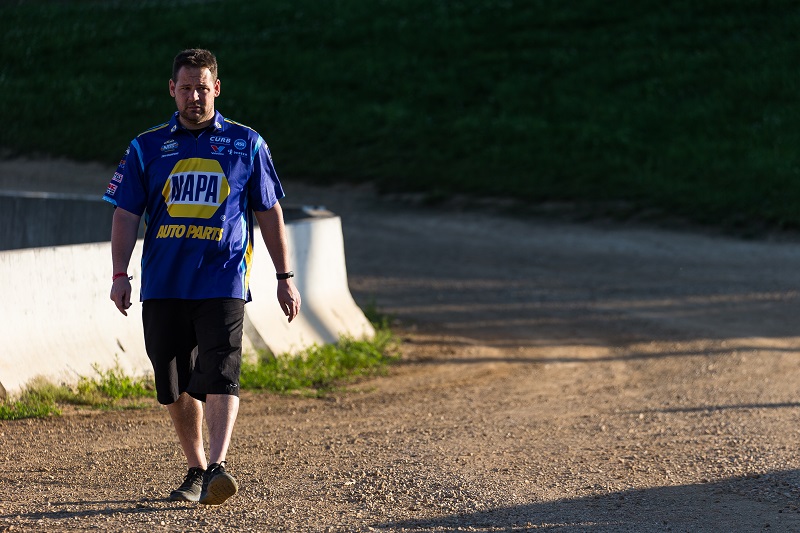 The World of Outlaws returned to Lake Ozark Speedway the following night on Saturday, again in front of a limited crowd due to COVID-19 social distancing measures. Sweet began the evening with a solid practice session and qualified his NAPA AUTO PARTS Maxim Chassis in the 13th position. With a fourth-place starting spot in his heat race, Sweet finished the ten-lap heat race in third, narrowly missing a transfer position to the Fast Pass Dash, which set the first three rows of the feature. 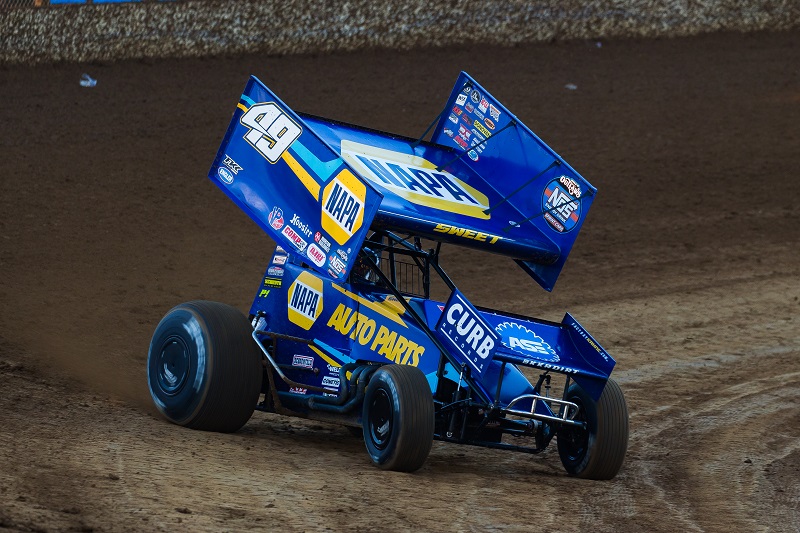 Starting from the ninth position in the 35-lap feature, Sweet quickly began to work the bottom groove of the track and slowly began moving through the field. By lap 15, the “Big Cat” had quietly found himself in the third position. As leaders Kyle Larson and Donny Schatz entered lapped traffic, Sweet began to reel them in. 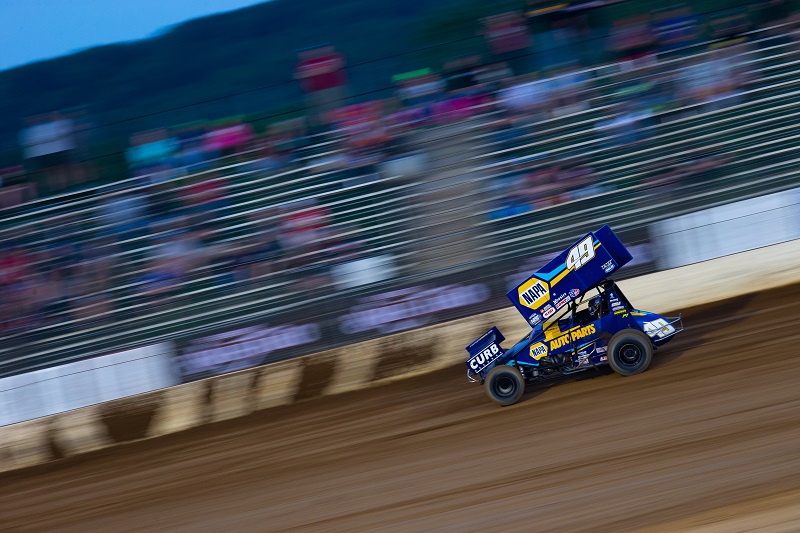 The caution fell over speedway with just nine laps to go, bunching the field back up for a single-file restart. Having speed later into a run, Sweet lost ground on Larson and Schatz as the green flag flew for the ensuing restart. With four laps to go, Sweet again was able to catch Schatz and began to put the pressure on for second place.

With what seemed like a sure victory in-hand for Larson with just three laps to go, the final caution of the night fell as the leaders entered turn three. 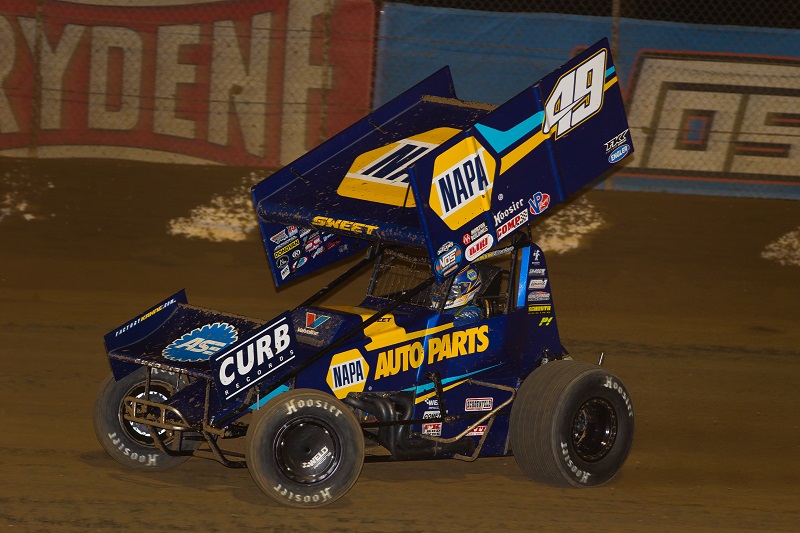 Lining up third on the final restart, Sweet got a good jump on second-place runner Donny Schatz. Working the middle lane of the track, Sweet looked to get to the outside of the No. 15 machine as Schatz dove to the inside of Larson, wrestling away the lead with just one lap to go.

Schatz held on for the victory, with Kyle Larson second, and Sweet crossed the finish line in third, earning his sixth top-five finish of the year.

The NOS Energy Drink World of Outlaw Series is back in action on June 5-6 at Beaver Dam Raceway in Beaver Dam, Wisc.

Next Race: June 5-6 at Beaver Dam Raceway in Beaver Dam, Wisc.
How to Watch or Listen: www.dirtvision.com