Capps followed his Atlanta triumph two weeks ago with a run through the Funny Car field on an extremely warm day in Virginia to score his 63rd career victory, his 30th win with crew chief Rahn Tobler, all since 2012, and his first Wally trophy at Virginia Motorsports Park. 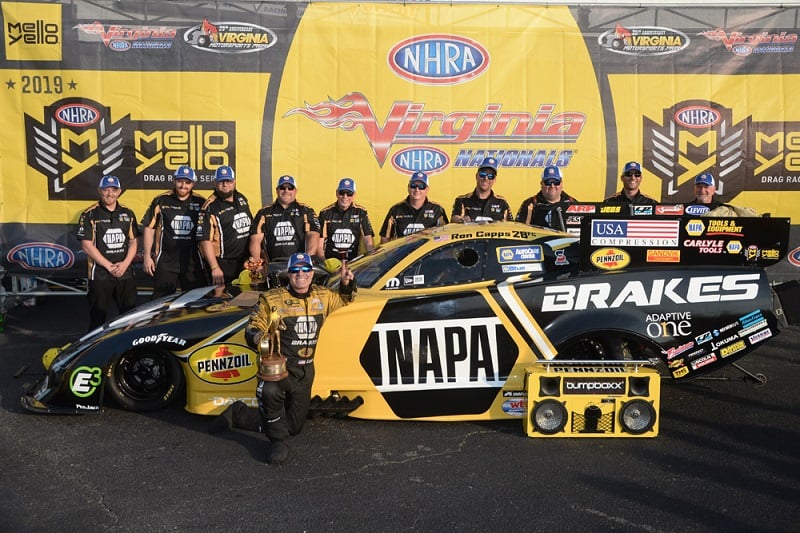 Capps’ march to the winner’s circle began with three stout runs during qualifying to position him third to start race day. In the opening round of eliminations, Capps was the only Funny Car driver to dip into the three-second range with his 3.997-second E.T. to dispatch opponent Jim Campbell, who smoked the tires early into his run. 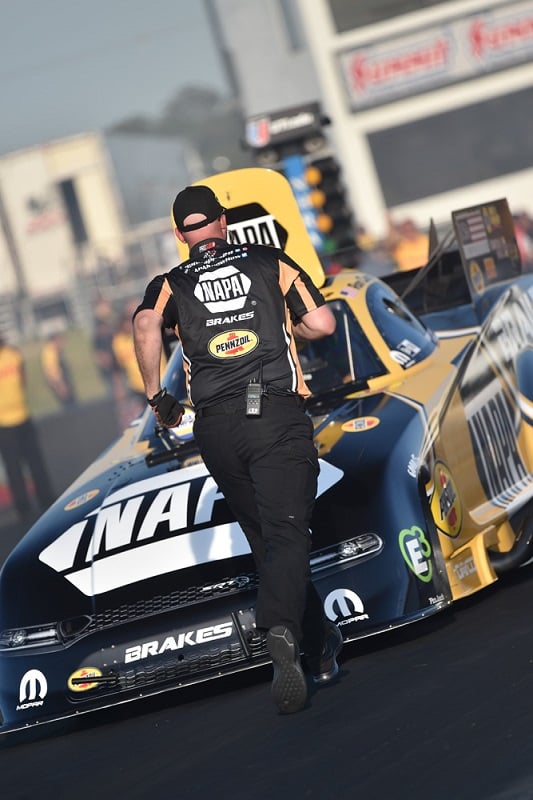 Up next for Capps was a battle with current point leader Robert Hight. The two world champions staged a classic ‘pedalfest’ as both cars lost traction multiple times, but it was Capps that was able to reach 1,000 feet first. His lap of 6.173 seconds was enough to advance for another semifinal match-up with teammate Tommy Johnson Jr. Capps took the starting line advantage and pulled away for the victory despite losing a cylinder while Johnson went up in smoke and never recovered. 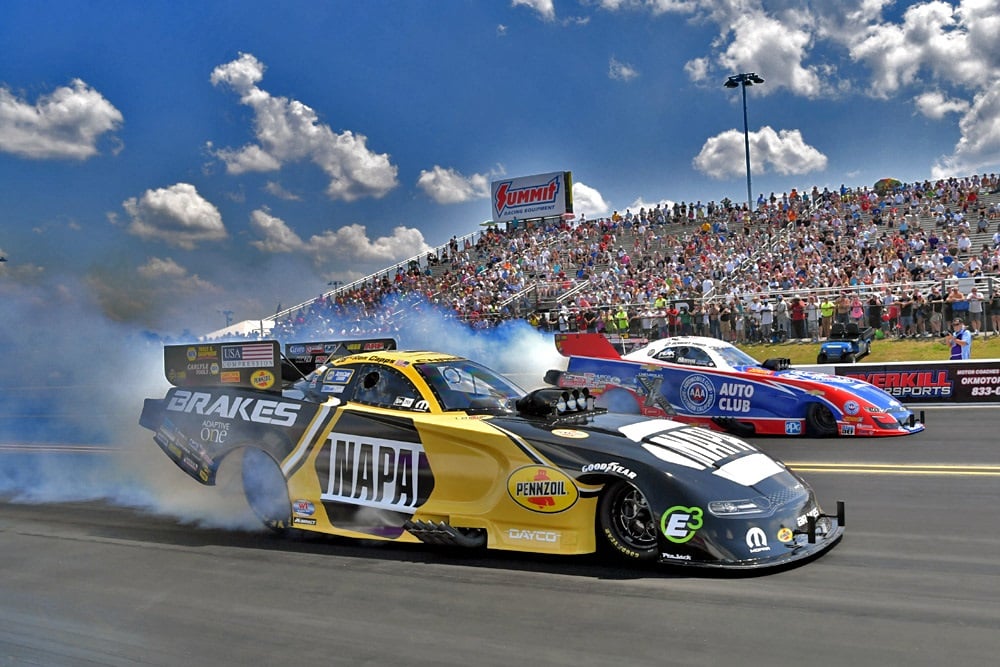 In his 120th career final, Capps was not to be denied as he left first on reigning Funny Car champion J.R. Todd and posted his second-best run of the day to capture the win. 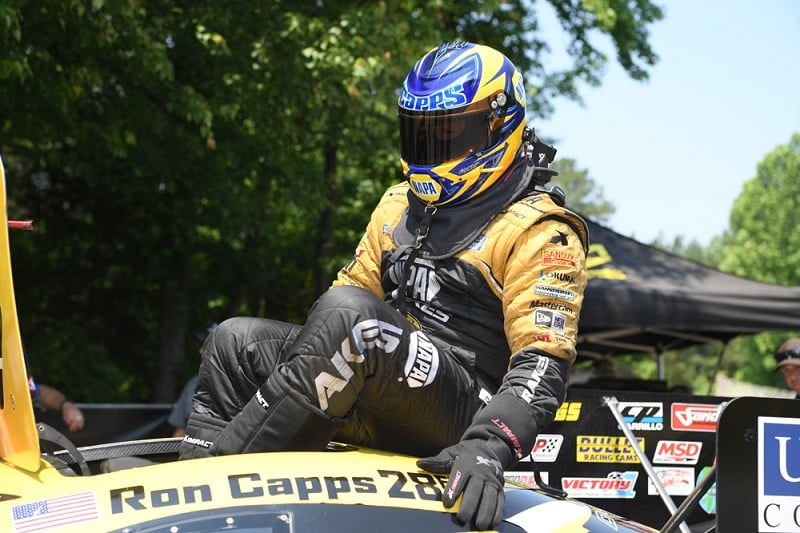 “I saw about 120 Kalitta members walking around up there on the starting line and all I can think of is their Kalitta mosh pit and how I wanted to spoil it,” said Capps of his final round match with Todd. “I do not want to lose and watch the mosh pit at the starting line. Tobler told me back in the pit that we were going to put it just like first round and I rolled it in there and it did what it had to do. That’s vintage Rahn Tobler. 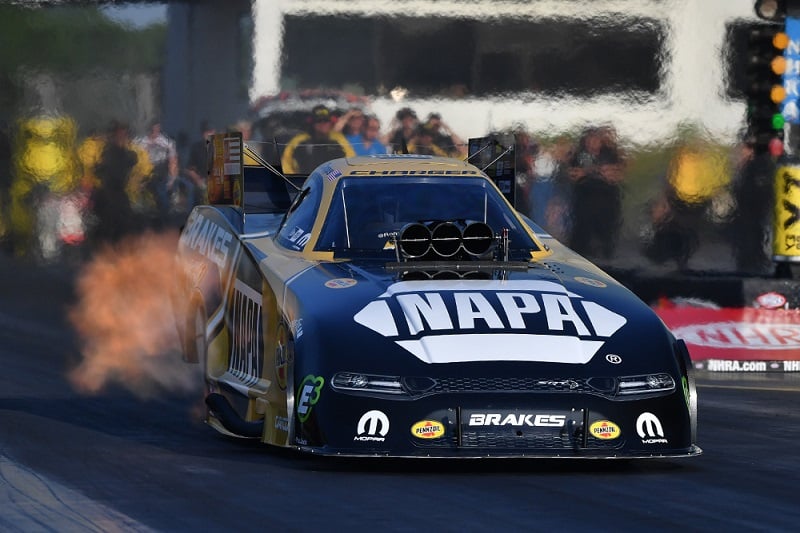 “I can’t say enough. I’m so lucky to be driving this car. To be able to run the NAPA Brakes car again, we are trying to make America safe, one brake job at a time. For NAPA to let us do this on a national stage, to give it two wins, this is what dreams are made of. I told Tobler and those guys that I’ve never won at this track. My NAPA AutoCare Center boys, Pennzoil, USA Compression, and especially Dodge today, we could not have won a couple of those rounds today without that Hellcat and its downforce. I was able to keep it straight even with a hole out. Don Schumacher gives us everything we need. And Rahn Tobler, this is our 30th win together since 2012. That’s craziness.” 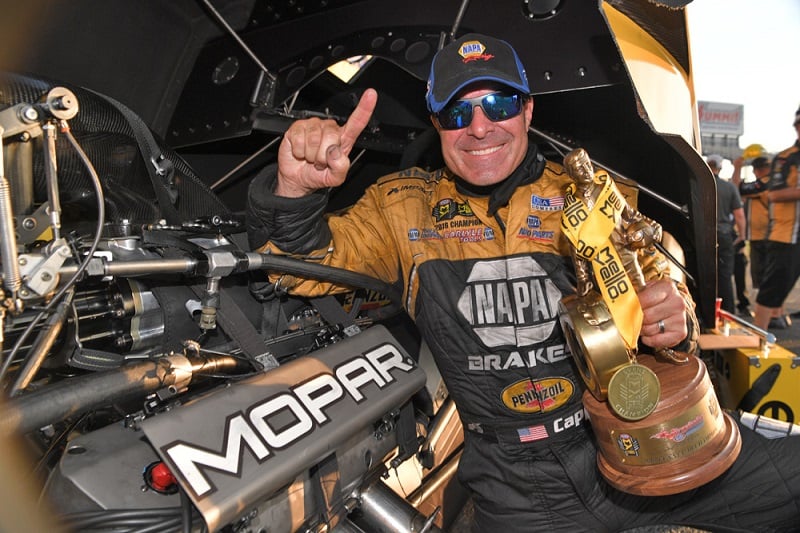 With Sunday’s victory, Capps ranks eighth on the all-time Mello Yello win list and fourth among the two nitro categories. At the start of the month of May, Capps was ranked ninth in the championship standings. His two race wins have allowed him to jump six spots up to third to start the upcoming four-race June swing. 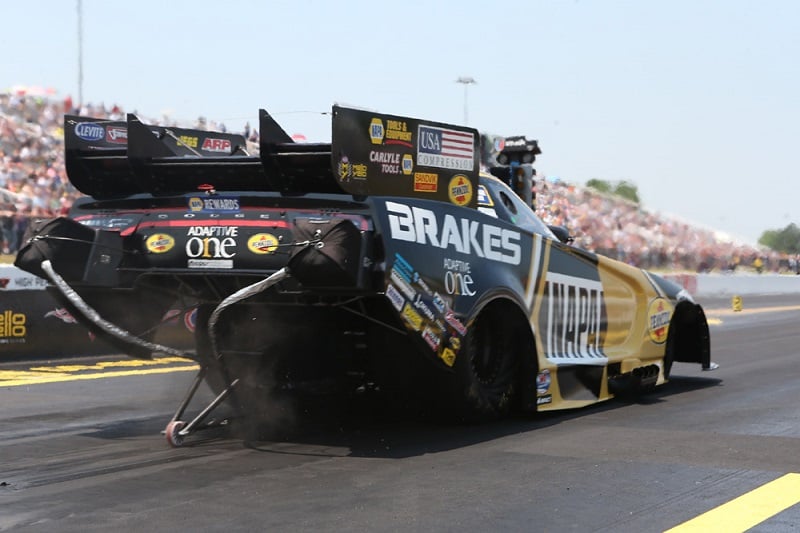