The last one to move into a crew chief role is John Collins who this year is leading Don Schumacher Racing’s Make-A-Wish Dodge Charger R/T Funny Car driven by Tommy Johnson Jr.

It seemed Tobler was too good of a teacher, especially on tricky track conditions like Sunday at Old Bridge Township Raceway Park during the 45th annual NHRA Summernationals at Englishtown, N.J.

“You have to remember that the crew chief in the other lane was John Collins and he worked under Rahn Tobler for several years,” Ron said. “Hats off to him for running a 4.06. They have a good team over there. 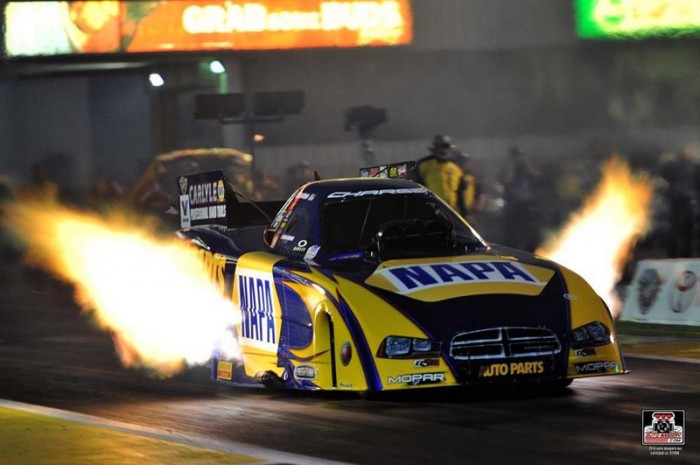 “We just got out ran. The right lane isn’t as good as the left lane but I don’t think we had an .06 to beat them.

“The track patched the right lane Friday at around 600 or 700 feet and to get over it you had make the car move earlier and quicker to get over it to keep your tires from spinning. Our car spun at that spot.”

“You can’t hang your head too much in defeat but we felt better about our chances.”

While the NHRA Mello Yello Drag Racing Series is off next weekend, Ron will race Saturday night in a Nostalgia Funny Car match-race against Cruz Pedregon at Lucas Oil Raceway Park near Indianapolis.

The Mello Yello Series resumes June 13-15 at Bristol Dragway to start a stretch of four races in four weeks. 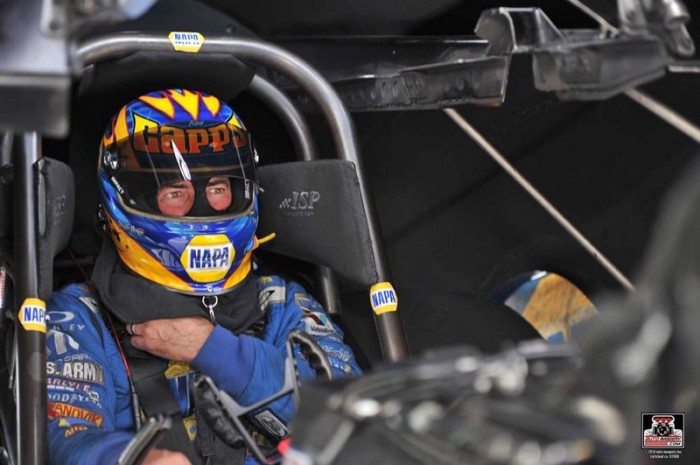