Ron Capps and the NAPA AUTO PARTS Funny Car team ran their quickest E.T. and earned their best qualifying position to date in 2019 at the NHRA Four-Wide Nationals in Las Vegas. On race day, Capps successfully defeated two drivers in round one and posted a solid E.T. in round two, having narrowly missed out on a chance to race in the final quad for the Wally trophy. 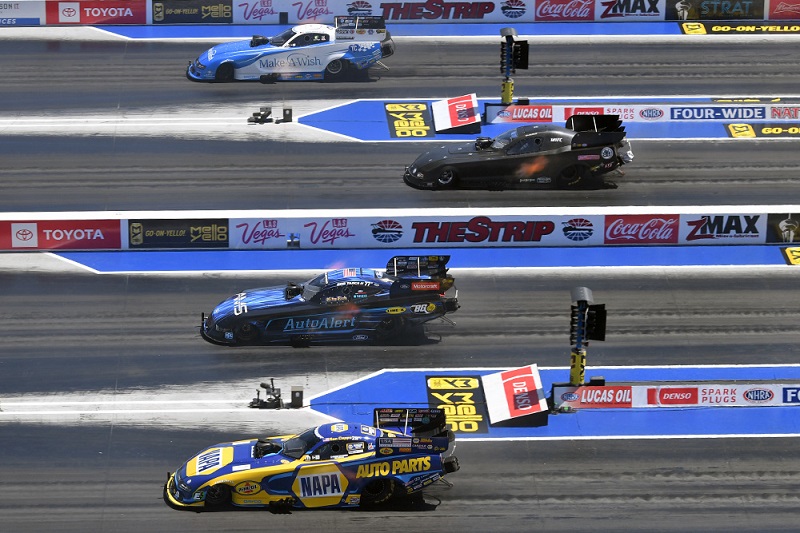 Capps and the NAPA team were quick and consistent throughout qualifying for the NHRA Four-Wide Nationals at The Strip at Las Vegas Motor Speedway, including posting a 3.897 at 325.92 mph during Q2 on Friday. The run allowed Capps to bank two bonus points and earned the NAPA team the No. 2 qualifying spot, their best starting position to date in 2019.

During the first round of eliminations, Capps clocked a 4.280 E.T. to defeat Bob Tasca III and Terry Haddock and secure a lane in the next round. His second-round quad featured a monster matchup loaded with heavy hitters, including two of his Don Schumacher Racing teammates – Jack Beckman and Tommy Johnson Jr. – and fellow Funny Car veteran, John Force. Capps wheeled his 11,000-horsepower machine down the track in 4.037 seconds, but it wasn’t enough to outrun his teammate’s 3.994 and 4.010 second passes. 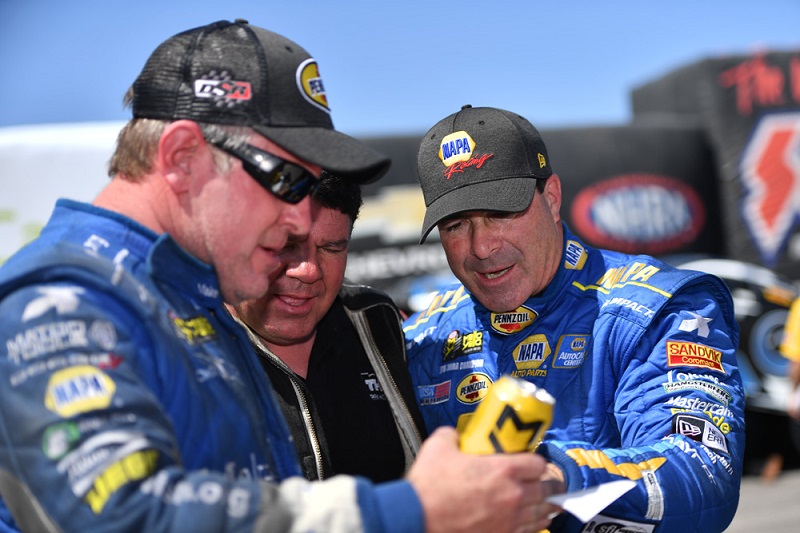 “We came in here with a plan to get back to where we were in the past,” said Capps, a five-time Vegas champion. “The first three races of the season didn’t show the potential of our NAPA AUTO PARTS team. We qualified second this weekend and were super happy with the car. (Crew chief Rahn) Tobler is still trying to feel things out with this car and to go down the track on each run, and that last quad we lost was super close. It hurts more if you go out there and smoke the tires and beat yourself. We didn’t have lane choice and went out there and made a good pass.”

The round win coupled with the strong qualifying performance enabled Capps to move up one spot in the NHRA Countdown to the Championship Funny Car standings. He leaves Las Vegas ranked eighth and will return to the seat of his NAPA Dodge in less than one week when he competes in the MOPAR Express Lane NHRA SpringNationals Presented by Pennzoil at Houston Raceway Park, April 12-14. 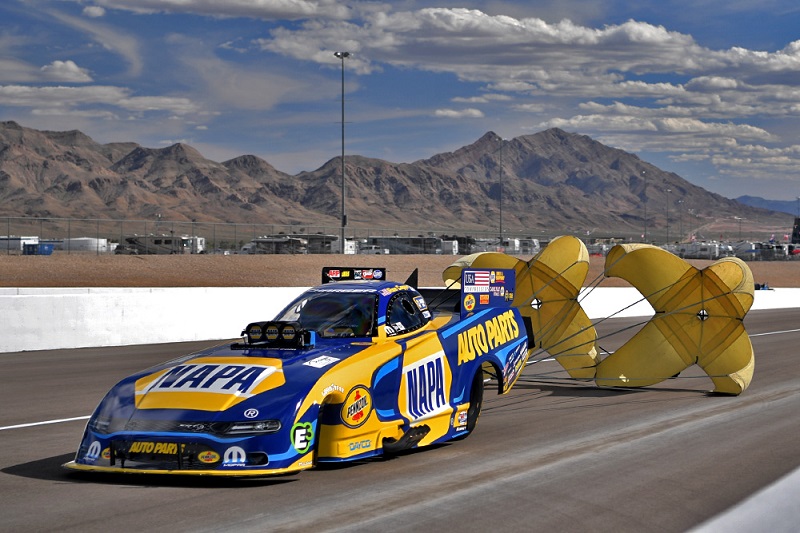 “The NHRA Four-Wide Nationals in Las Vegas is a fun race with a lot going on,” Capps said. “It’s exciting. We won the Four-Wide at zMax Dragway a few years ago and maybe we can do that again later this month at Charlotte. I feel we got our NAPA car back with the performance and we’re looking forward to Houston for Pennzoil and Charlotte after that.”

NAPA Know How Blog Capps Clocks Best Run of the Season to Earn a No. 2 Start