SEATTLE (Aug. 7, 2016) – Sporadic rain showers on Sunday forced completion of the Protect the Harvest NHRA Northwest Nationals to be held in two weeks at the next Mello Yello Drag Racing Series event at Brainerd, Minn.

For Don Schumacher Racing’s Ron Capps and the NAPA AUTO PARTS Dodge Charger R/T led by crew chief Rahn Tobler and assistant Eric Lane, they know when they will arrive at Brainerd that they will be No. 1 in points with a chance to leave Minnesota with two NHRA Wally trophies.

Capps and the NAPA team will face Del Worsham of Kalitta Motorsports for the Funny Car title after extending its lead in the NHRA Mello Yello Drag Racing Series standings by advancing to their eighth final round with a chance to win a fifth title in 16 races. 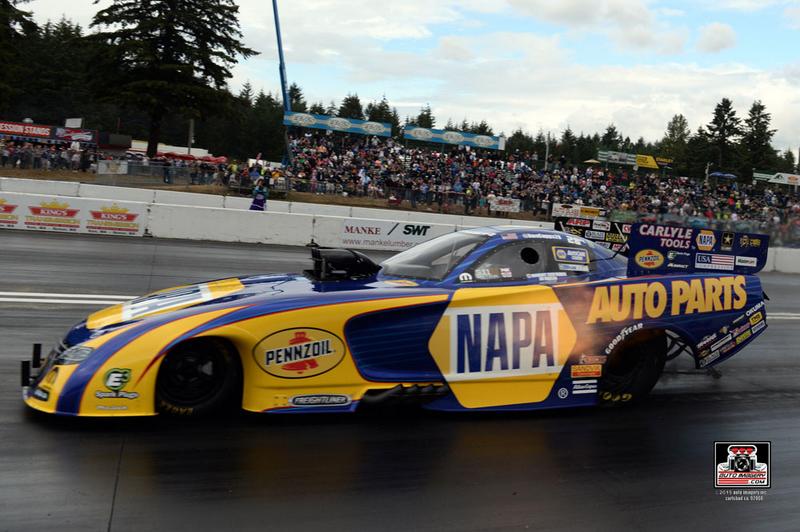 “I feel bad for the fans who saw three great days of racing before today got hit by a few showers,” Capps said. He will arrive at Brainerd with 189-point lead over Courtney Force with two events remaining in the NHRA regular season that ends after the U.S. Nationals over Labor Day Weekend near Indianapolis.

A win over Worsham would extend Capps’ lead to 209 points.

The postponed final match-up will run concurrently during the third qualifying session to start pro racing on Aug. 20 (Saturday).

Tobler tuned Capps to five of seven runs in the 3.8-second range and two passes over 330 mph.

The Northwest Nationals was the last event of the three-race, three-week Western Swing. 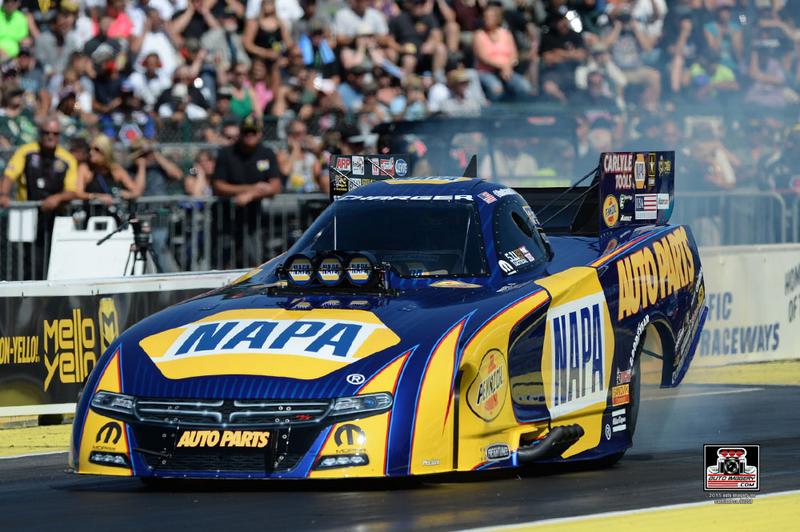