Ron Capps raced to a runner-up finish on Sunday at the NHRA Sonoma Nationals in Sonoma, California, his second final round in two weeks. Along the way to his fourth final of the season, Capps clinched a Countdown to the Championship playoff berth and achieved a milestone 700th round win.

Capps and the NAPA AUTO PARTS team was stellar throughout qualifying, making two ‘session best’ runs to secure a race day starting position in the top half of the field. 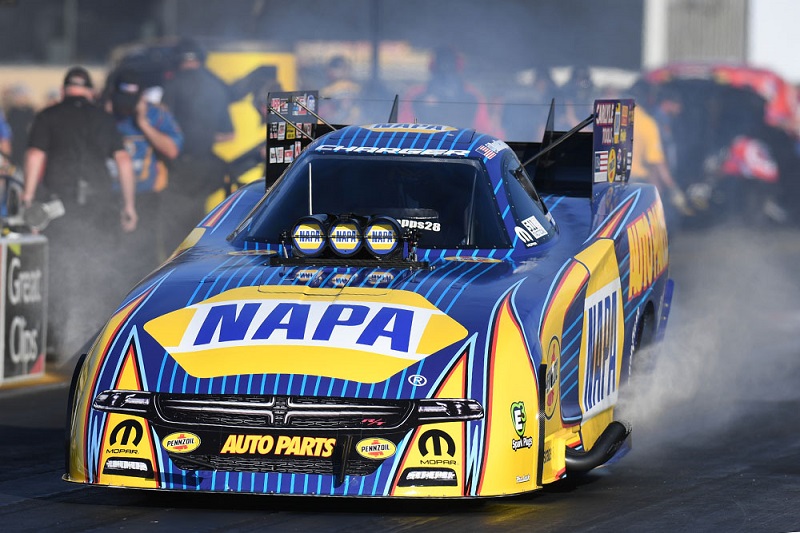 After defeating first-round opponent Richard Townsend in round one, Capps faced teammate Matt Hagan in round two. Against Hagan, Capps moved first and powered the NAPA AUTO PARTS Dodge Charger down the track in 3.969-seconds, earning the second-winningest driver in Funny Car history his 700 th professional round win. 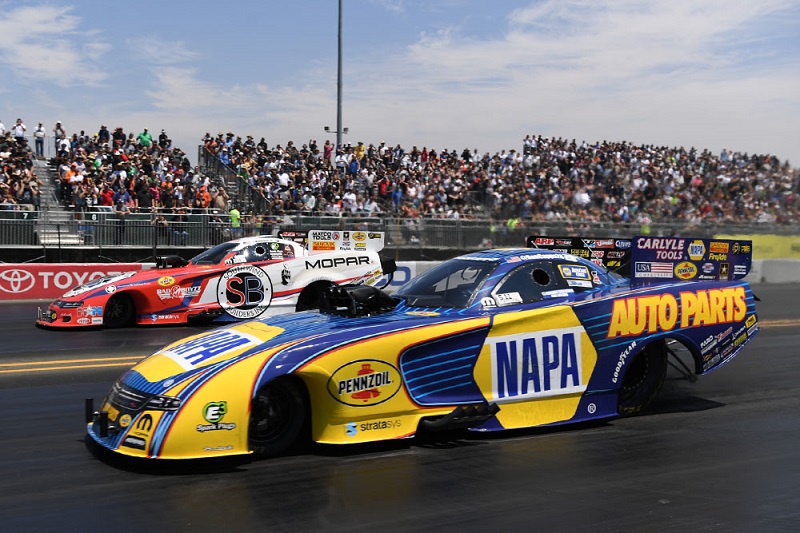 Capps drew John Force in the semifinals. In their 96 th meeting, Capps was able to avenge his final round loss to Force from one week prior by blasting down the track in 4.000-seconds, defeating Force’s 4.081-second run.

The Denver Funny Car runner-up lined up opposite Robert Hight in the finals. In his 116th final round appearance, Capps had the starting line advantage and led until the eighth mile when he spun the tires and Hight was able to power to the win. 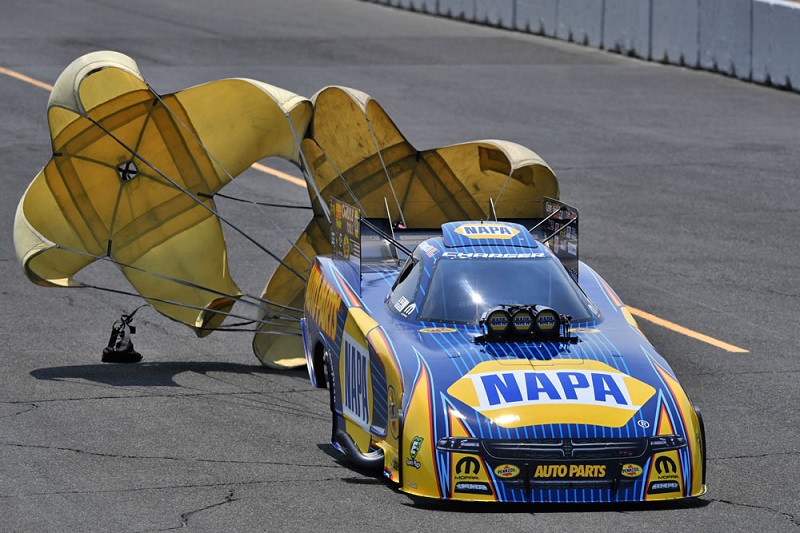 “Great weekend; we’ve made huge strides lately,” said Capps, a central California native. “Coming out of Denver, we had a lot of confidence, that was one of the best Denver showings we’ve had in a long time. To come here and unload and have that consistency right off the bat, it just kept giving (crew chief Rahn) Tobler more and more confidence. The biggest thing was those two (qualifying) runs in the heat, and those three bonus points each run. Tobler was able to get a feel for the car for Sunday and try some things.

“We really felt like we were going to be in the winner’s circle today. Anytime you race Robert Hight and (his crew chief) Jimmy Prock it’s a big matchup. We got out there, it moved around a little bit and spun, and they got by us. 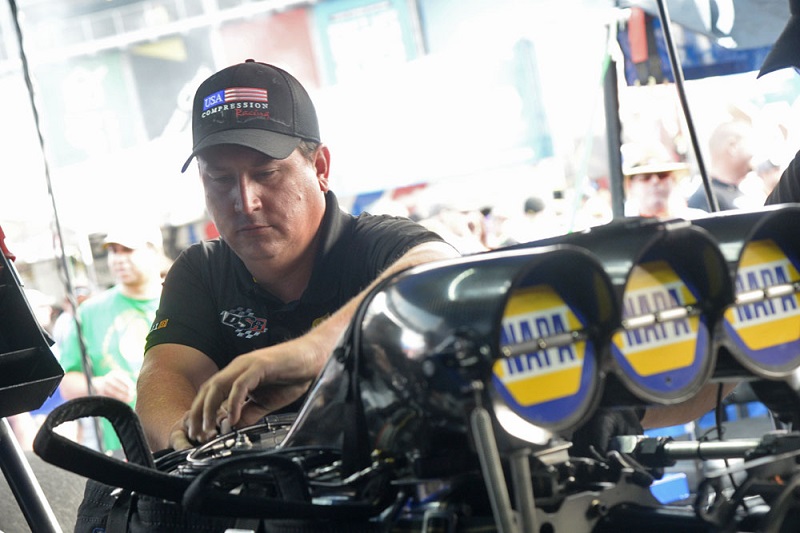 Capps, a four-time Sonoma Raceway winner, officially clinched a spot in the NHRA Countdown to the Championship on Sunday and advanced from third to second in the standings.

“This was another great weekend in points for us. This is the time of year where we know we need to get into race form for the Countdown, and it starts with the Western Swing. I joked about a month ago that we were over 300-points behind the Funny Car leader and I said ‘you watch, we’re going to make a run for it,’ and here we are. It’ll be three years in a row if we can get the points-lead going into the start of the Countdown. We made a big jump today, and we’re going to keep collecting those Mello Yello points.”