JOLIET, Ill. (June 29, 2014) – While the quest for Capps and his NAPA AUTO PARTS/Intrepid Fallen Heroes Fund Dodge Charger R/T team to win back-to-back Funny Car titles fell short, the veteran driver with 42 event titles including a week ago at Epping, N.H., considered the event near Chicago to be a success.

Capps, who lost in the semifinals at Route 66 Dragway to eventual event winner and teammate Matt Hagan, qualified sixth on the merit of an outstanding 4.040-second run at 312.50 mph in Friday night’s session. But on the team’s other three attempts the car never topped 100 mph. 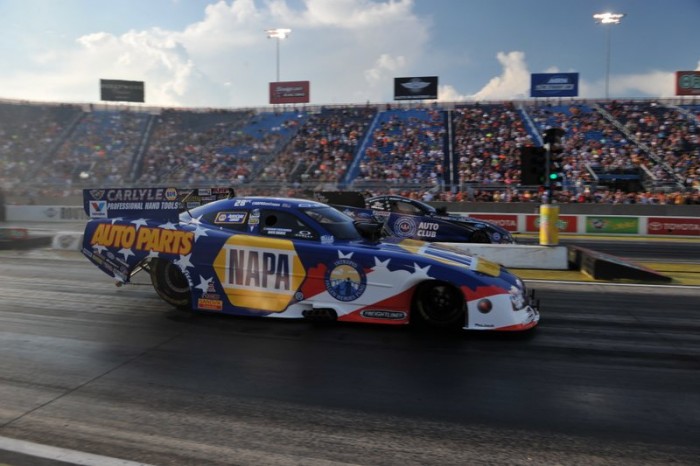 The NAPA Dodge opened Sunday with a win over Tim Wilkerson and followed by defeating this year’s four-time Funny Car winner and points leader Robert Hight. In the semifinals, Hagan left the starting line 0.016 of a second quicker than Capps and that allowed a slower 4.136-second run at 305.36 to edge Capps’ 4.135 (305.08).

“I need to work on cutting a little better (reaction time), but that was a great race for the fans,” Ron said. “It’s kind of heartbreaking looking at the other side of the ladder where a 4.18 won in the semis but we expect to have to beat the best to get into the later rounds.”

The loss by 0.156 of a second did not deter Ron’s excitement about how Tobler, assistant crew chief Eric Lane and the NAPA team rebounded from qualifying. 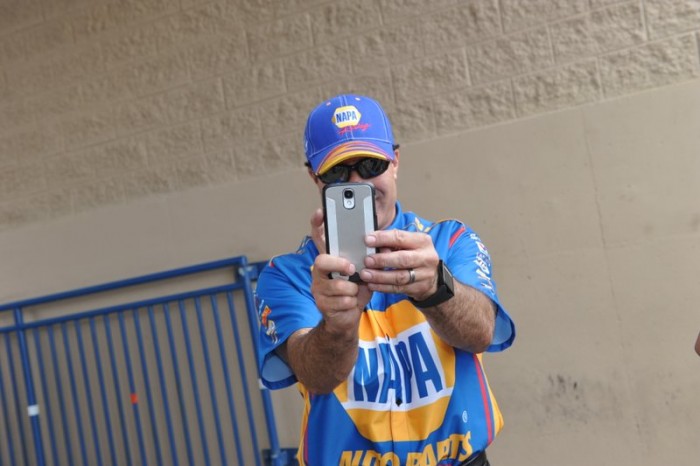 “It was a heckuva bounce back, Ron said. “Tobler is happy about how the team came back.

“Everything centered around that Friday night run. We went up there Saturday and tried some things but couldn’t get it down the track. It doesn’t matter where you qualify these days because you’re going to race someone tough in the first round.

“Tobler was doing a great job fighting some little issues that popped up here and there.

The Route 66 NHRA Nationals was the third of four events in four consecutive weekends that continues next weekend at Norwalk, Ohio. After a two-week break the series heads to Brainerd, Minn., for the 13th of 24 events in the Mello Yello Series. 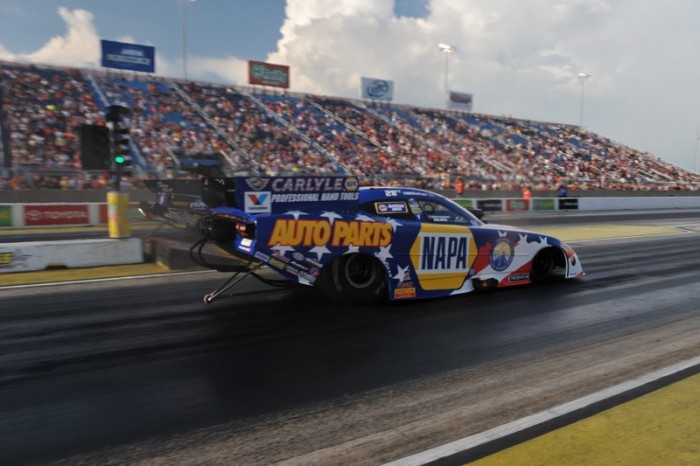 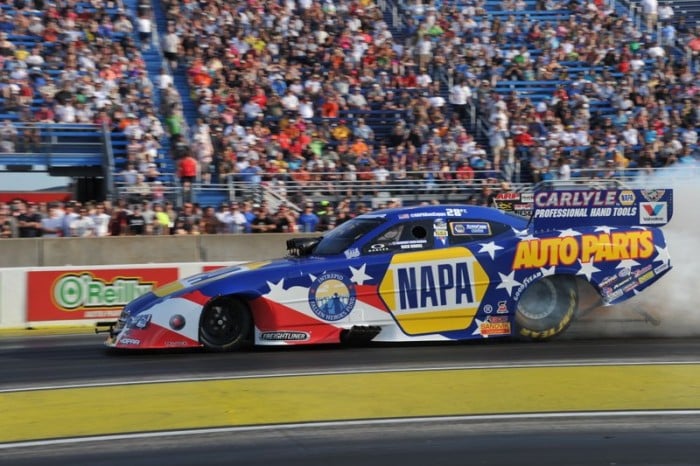 (Unofficial after 12 of 24 events; DSR drivers in CAPS)
FUNNY CAR