Ron Capps rolled into race day brimming with confidence on the heels of his first No. 1 qualifier of the season. The Pennzoil Synthetics/NAPA AUTO PARTS Dodge Charger SRT Hellcat was dominant throughout qualifying and looked prime for a long Sunday of going rounds. The team’s strong and consistent performance carried into race day, but an unexpected stumble ended their day at the quarterfinals. 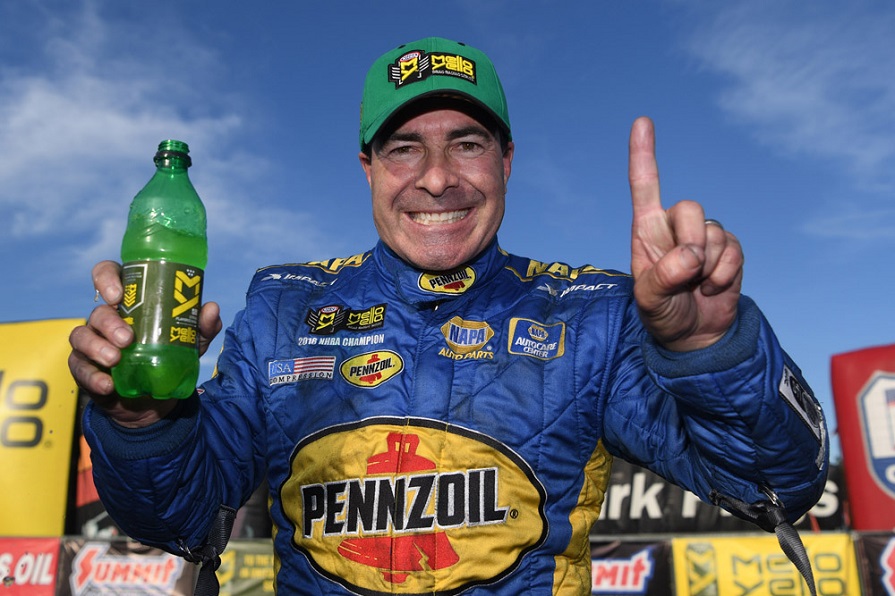 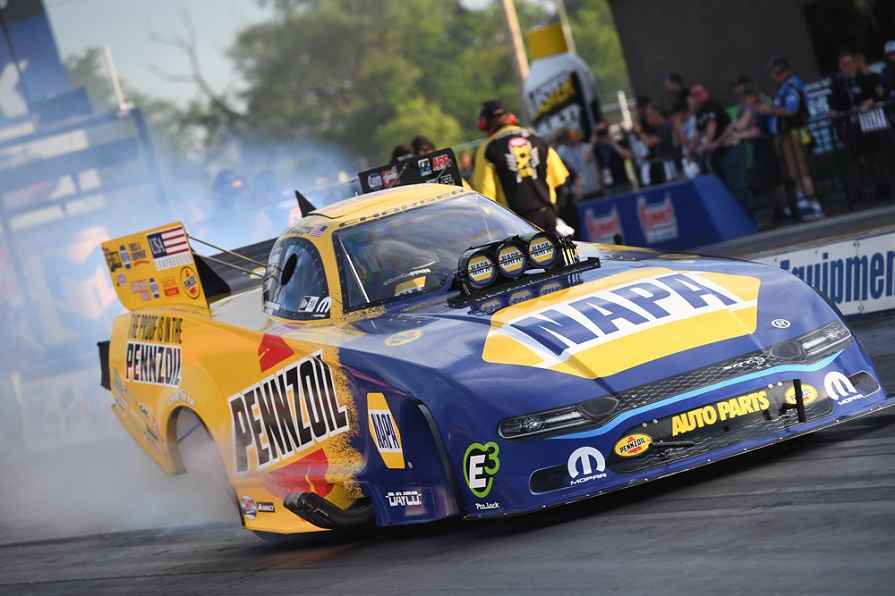 Starting race day from the top of the board and facing No. 16 qualifier Bob Bode, Capps unloaded with his fifth consecutive three-second run. He powered the Pennzoil/NAPA Dodge down the Summit Motorsports Park track in 3.961 seconds, dispatching his round-one opponent who smoked the tires as soon as he stood on the gas. 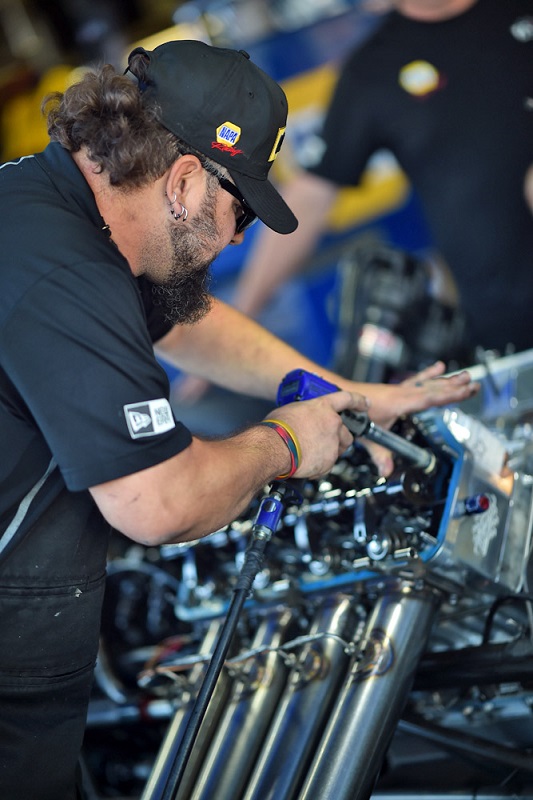 Round two pitted the 2016 Funny Car world champion against teammate Tommy Johnson Jr. Capps stood on the throttle and immediately went up in smoke, ending the No. 1 qualifier’s chances at capturing a second Norwalk trophy. 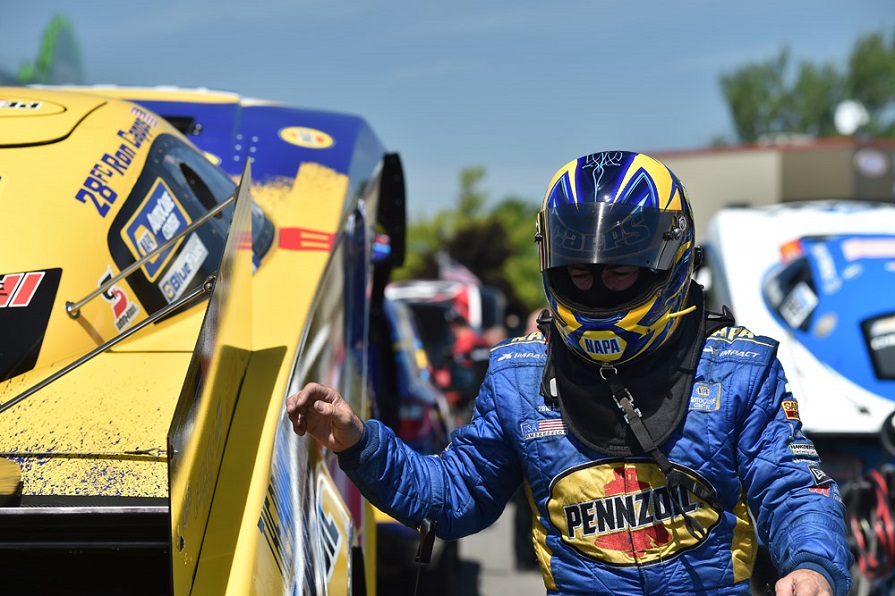 “It hurts not to walk out of here with a Wally with as good as this Pennzoil/NAPA car was,” said Capps, a two-time 2019 event champion. “That green hat we got for qualifying number one represents a crew chief and a crew that adapted to so many different conditions on Friday and Saturday. That’s a feather in the cap for those guys, but we really felt like we had an excellent car for race day. 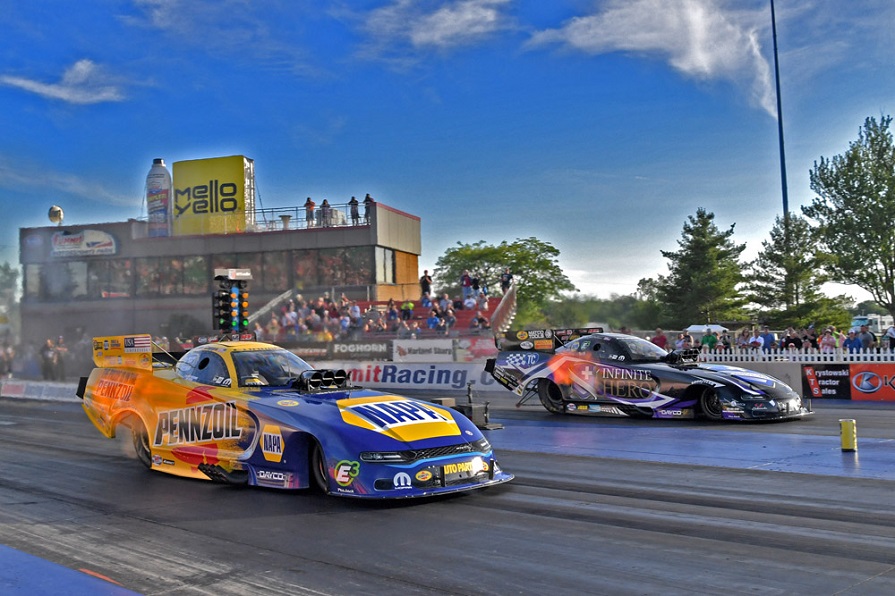 “Smoking the tires at the hit of the throttle isn’t something our car does too often. We didn’t feel like we were pushing too hard. (Crew chief) Rahn (Tobler) is looking at the data. I think these little moments we are having at these tracks where we are exiting early are going to help us down the road. Getting rid of all these little issues will only help to get us ready for the Countdown to the Championship.” 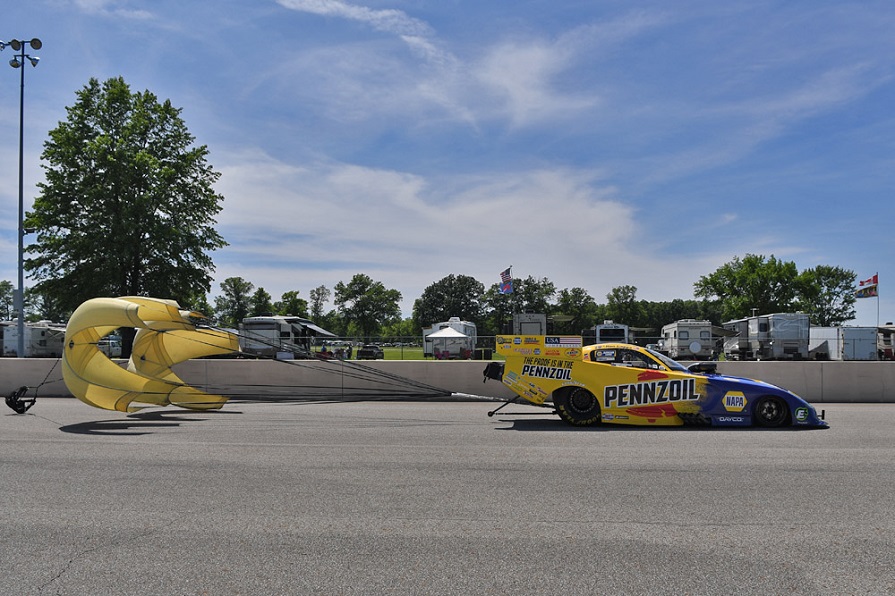 The Norwalk event marked the final leg of the June four-race swing. The NAPA AUTO PARTS team will have a weekend off to refresh and recharge before heading to Epping, N.H. for the NHRA New England Nationals.