Crew chief Rahn Tobler tuned the NAPA Dodge to a best qualifying run of 4.059 seconds on Friday evening that was 0.015 seconds better than the next quickest Funny Car.

But in the first round of eliminations in the NHRA Four-Wide Nationals at zMAX Dragway near Charlotte Motor Speedway, the NAPA team was third quickest in the first heat of four Funny Cars on the world’s only four-lane dragstrip.

Unfortunately for Ron, only the two best advanced to the second round. 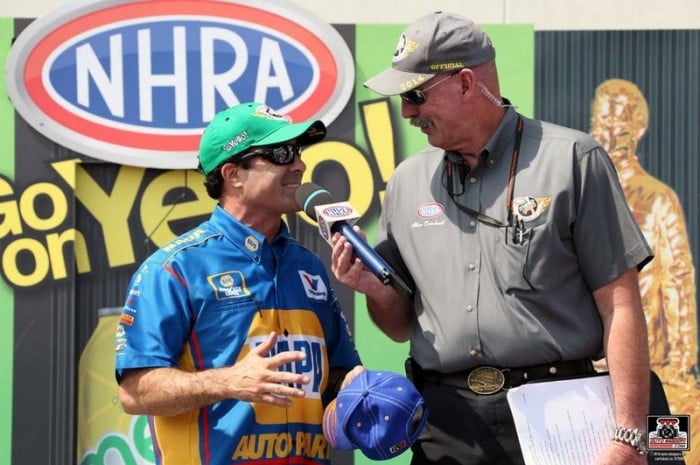 “We just got outran,” Ron said of his opening 4.125 at 309.98 mph. “Rahn Tobler was very confident especially after winning the pole and having lane choice in our quad. Last night and this morning we talked and he said we were going to have to run good. We thought we’d have to run at least a (4.07) or .08.

“The car chattered pretty good trying to lock the clutch up around half-track and that gave away some ET there. The car we have now should have run .05 or .06. That’s what he planned on doing.”

Moments after the disappointing run, the NAPA crew began working on their car. 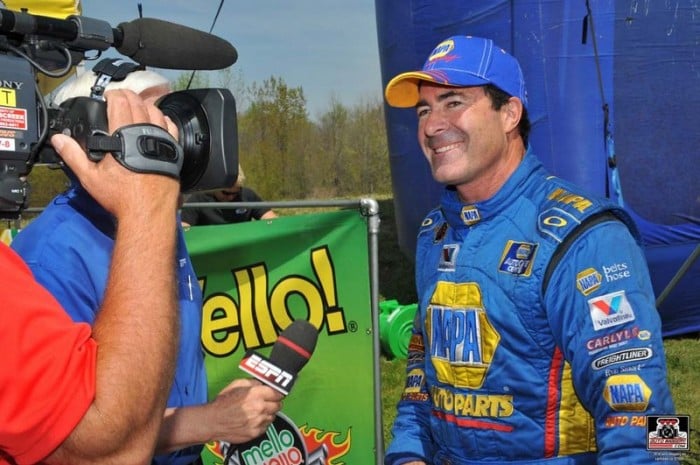 “What I love about Rahn Tobler is that he and our NAPA guys already are out here tearing the car apart trying to figure out what happened,” Ron said. “We went up to fourth in points coming in here, won the pole and had a great weekend up to this point.”