Not even losing Sunday in the championship round of the NHRA Nationals at Norwalk, Ohio, diminished Ron’s enthusiasm as his Don Schumacher Racing Dodge Charger R/T team led by crew chief Rahn Tobler moved up one spot in the standings to third. 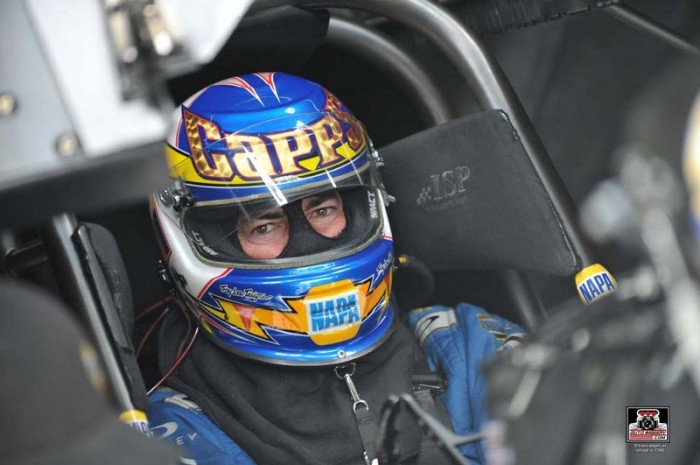 Ron advanced to his second championship round in the past four Mello Yello events but John Force denied Ron his first title at the northern Ohio track and second of the season. Force’s time of 4.113 seconds at 317.27 mph slipped past Capps’ 4.135 (305.56).

“We didn’t expect it to slow down against Force so Tobler started looking at the computer right away to see what happened. The car just moved to the left down there.

“It was another close race but we raced well today. I’m proud of Tobler and the guys. What’s so neat about the sport of drag racing is you wake up on a Sunday morning and it doesn’t matter where you qualified you know there is uncertainty of where you’ll be at the end of the day; whether you’ll be in your rental car heading to the airport early in the afternoon or you’ll be standing at the starting line getting for the final round at the end of the day.” 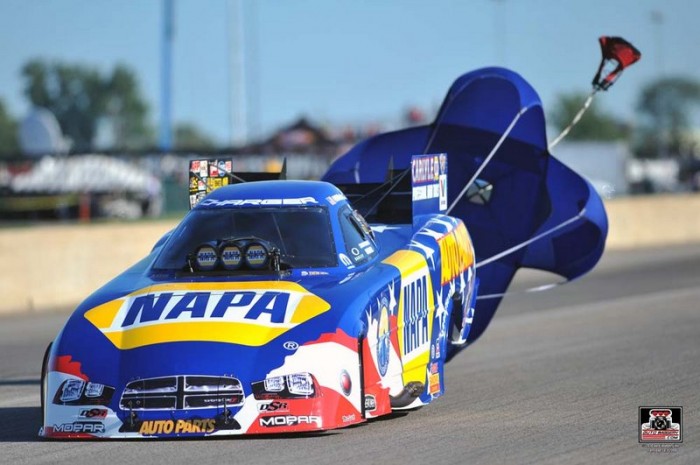 Capps’ third runner-up finish at the Norwalk track in the past four years helped his team move ahead of DSR’s Tommy Johnson Jr. and the Make-A-Wish team by one point in the NHRA Funny Car standings.

“It was smart racing all day by the NAPA guys.”

Capps opened the day with a win over Courtney Force then beat teammates Matt Hagan and Jack Beckman in the following rounds to set the stage for the meeting with the 16-time champion. 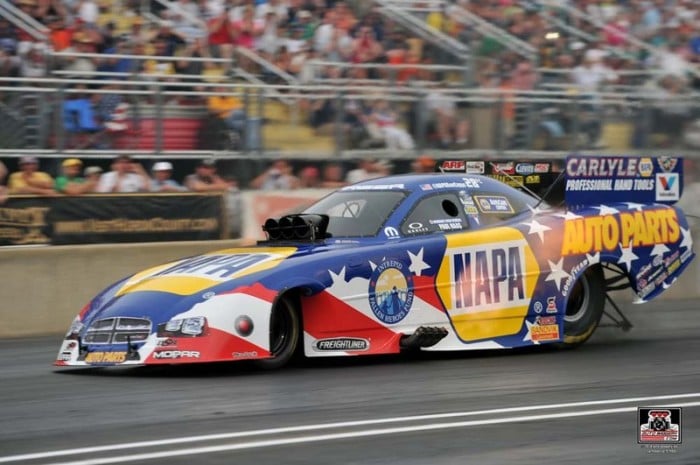 “We just want to keep gaining points but we hate to have to race our teammates like that,” Ron said. “We always say our teammates are tougher to race than Force and other opponents. Everybody is so good right now. It’s so tight.”

The event at Norwalk ended a four-race, four-week swing. Capps entered the summer swing ranked fourth in the standings and goes into the Western Swing in the No. 3 position, 43 points from second place. The Mello Yello Series is off next weekend and starts the three-race Western Swing July 18-20 with the Mopar Mile-High Nationals at Denver. 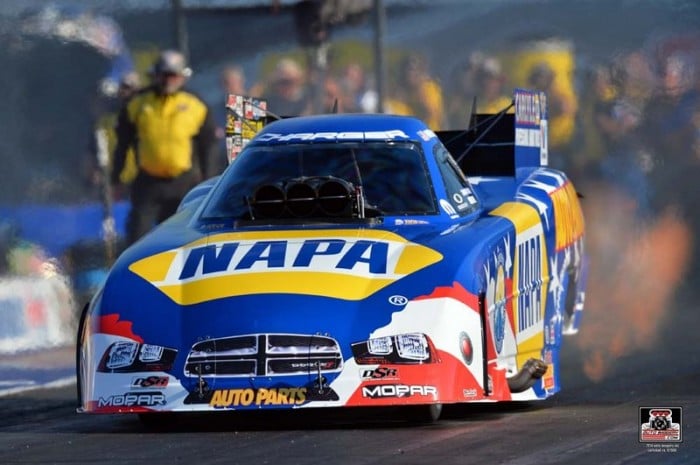 (Unofficial after 13 of 24 events; DSR drivers in CAPS)
FUNNY CAR