Car battery chemistry hasn’t always looked how it does now. Automotive batteries have continually evolved since they became commonplace as a tool to assist with starting a vehicle (prior to which, a mechanical hand-crank had been required). These batteries — still known in some circles as start-ignition-lighting batteries due to their three primary uses — would prove to be an integral component as the design of the car moved forward through the years.

How have batteries changed over time? Let’s take a quick look at the history of this important part and the future of the increasingly ubiquitous 48-volt car battery system.

Still, early chemistry wasn’t all that different from what you will find today under the hood of most automobiles: a ‘cell’ composed of a lead anode and a lead dioxide-coated electrode are suspended in a sulphuric acid/water mixture, which acts as an electrolyte. The chemical reaction that occurs inside each of the battery’s cells (three for a 6-volt, and typically six for a 12-volt, each storing in the neighborhood of 2.1 volts) allows for electricity to be stored, and then drained.

Over time, the materials used to construct lead-acid batteries were refined, and battery capacity increased substantially. Battery-makers have also worked to create a set of standards concerning the size of a given unit, making it easier for automakers during the design process. 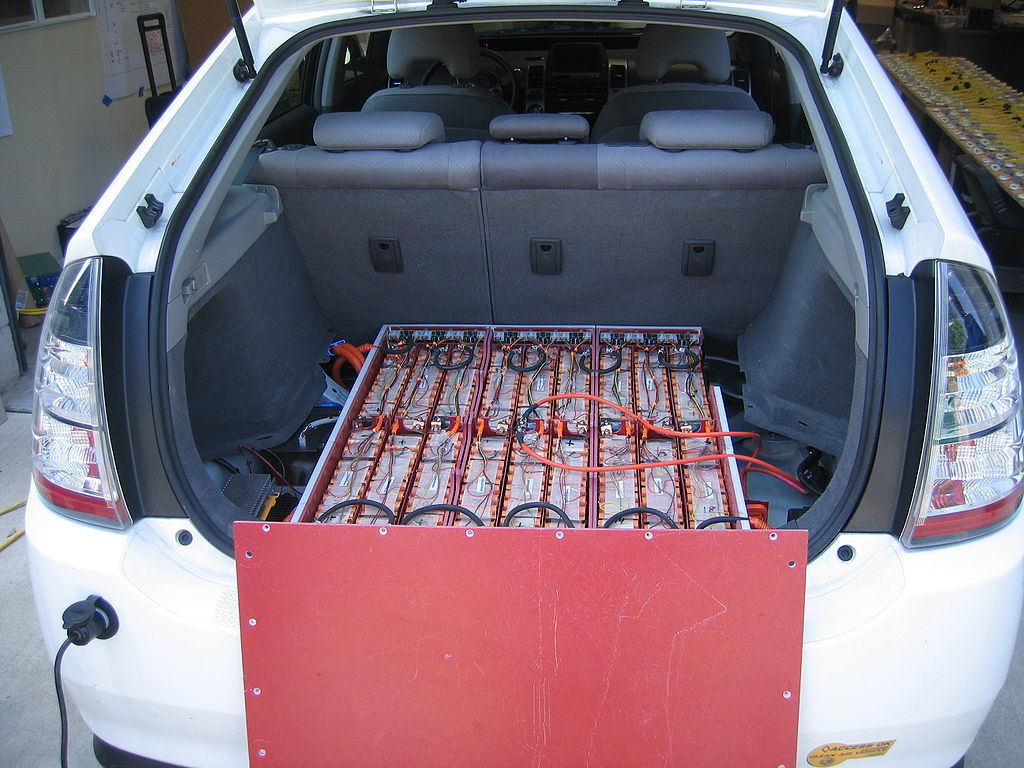 Car battery chemistry, however, didn’t change until the introduction of valve-regulated lead-acid batteries (VRLA), also known as ‘gel’ or AGM batteries. Although they had been known for decades in other industries, these types of batteries didn’t enter the automotive world until after the year 2000.

While the chemistry of these batteries is largely the same (minus the addition of calcium to the lead plates), their design is significantly different. Still based on lead-acid, in automotive applications they make use of a silica-based gellified acid rather than a liquid, or a glass fiber mat that holds the acid electrolyte in place, each offering longer life, less heat while being used, and easier maintenance than a traditional “wet” battery design.

The Future is Uncertain

Although hybrid vehicles make use of lithium-ion and nickel-metal hydride batteries in order to store energy required to motivate a vehicle’s drivetrain, they, too, include 12-volt lead-acid batteries for starting purposes and to operate 12-volt electrical accessories. A combination of size, cost and ease of manufacturing has kept 12-volt batteries alive in the industry for close to 100 years, but with 48-volt systems on the rise, the next revolution in car battery chemistry might be just around the corner.

Battery technology will continue to evolve, but the lessons of the past indicate that it’s a slow, measured process – and that any change is likely to be gradually introduced over a period of years, if not decades.

Check out all of the batteries available on NAPA Online or trust one of our 17,000 NAPA AutoCare locations for routine maintenance and repairs. For more information on car battery chemistry, chat with a knowledgeable expert at your local NAPA AUTO PARTS store.

NAPA Know How Blog Car Battery Chemistry: A Humble History of the 12 Volt