Your car has a battery, but if it were solely responsible for powering the ignition along with all the accessories, it would go dead in a matter of minutes. To help with electrical duties, your car is also equipped with a charging system that not only increases power for everything that’s needed, but also helps recharge the battery. So what are the basic parts of this system, and how do they work? Let’s take a look at these vital power parts under your hood.

At the root of it all is the vehicle’s battery. Twelve-volt electricity is needed not only to get the car started, but also keep it running and to power things like the headlights. In modern cars, where the ignition is electronically produced, the battery is also the primary source of the electricity that starts the ignition process. The ignition spark starts its journey from the battery and runs through the coil(s), where it’s then sent to each spark plug to ignite the fuel and make the engine run. 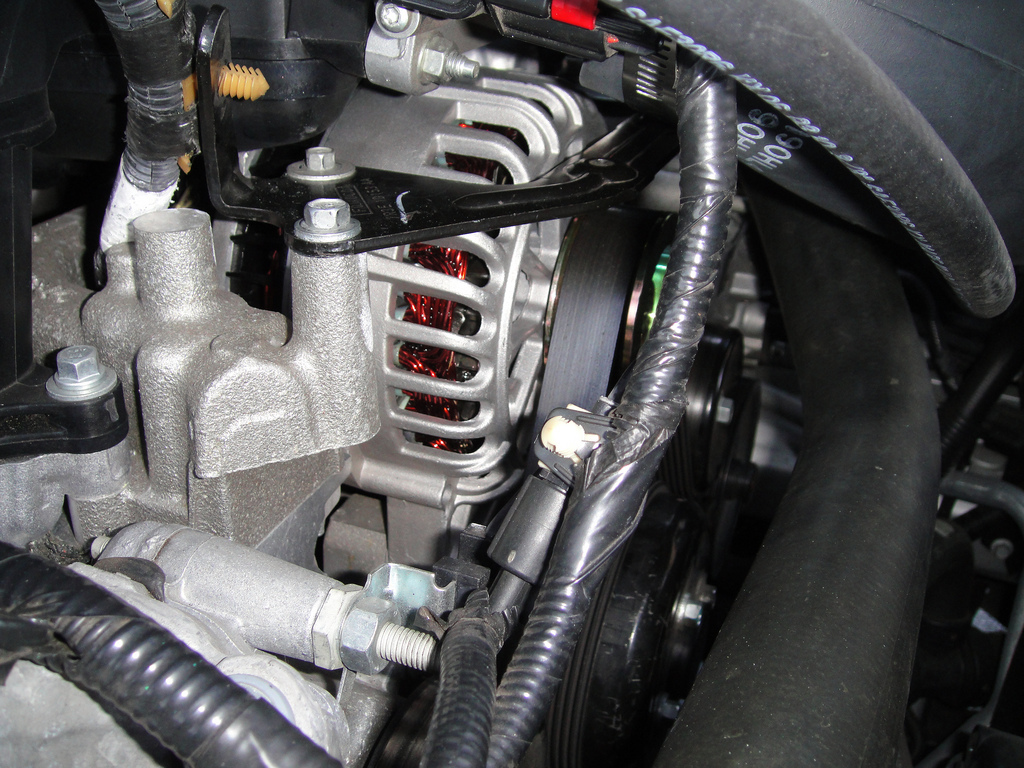 AC power is created when magnets inside the alternator move past a coil of wire. As each pole of the magnet passes by, it moves electrons within the wire in one direction and then the opposite way, creating a flow of electrical current that moves back and forth. This is important in originating electricity, because the amperage is high enough to produce an ignition spark and still have enough power left over for everything else, such as your radio, fan, headlights and much more. In your vehicle’s engine, the alternator is propelled by a serpentine belt attached to the crank of the engine. As the engine spins, it turns the alternator, generating AC current. Before electricity leaves the alternator, however, it’s converted to DC via a circuit of diodes known as a “rectifier.” The rectifier converts AC current into DC by allowing electricity to flow in only one direction.

Once DC current leaves the alternator assembly, it’s distributed and kept in check by a component called a “voltage regulator.” The regulator ensures the proper distribution of current between the car’s electrical needs and recharging the battery. When the current drops below 13.5 volts, the regulator applies current to the battery to charge it. When voltage rises above 14.5 volts, the regulator moves the current to the engine and accessories. This not only ensures the car operates properly, but also that the battery stays charged and is able to power the vehicle.

With just a few basic parts, a car’s ignition and charging system seems very simple, but its role is vital to your car’s functioning. Simple 12-volt DC current is converted to high-power AC, and then back to DC to be used for everything from ignition to headlights and much more.

NAPA Know How Blog How Does a Car Charging System Work?