In June, Mike and Sheryl Baus celebrated their 25th anniversary as NAPA AUTO PARTS store owners. When Baus bought his first NAPA store in Grapevine, Texas, in 1996, he brought with him 24 years’ experience with Genuine Parts Company (GPC) where he served in various capacities around the country including Assistant District Manager in Columbus, Ohio, and District Manager in Syracuse, New York; Dallas, Texas; and Atlanta, Georgia.

Baus’s wife Sheryl changed careers to work in the business, going from dental assistant to the NAPA store’s office manager. “Sheryl switched roles overnight,” said Baus. “She stepped right in, taking care of payroll, accounts receivable, and the like. Today, as we get closer to retirement she’s stepped back some but she’s still involved, especially when it comes to insurance. We talk business every night.”

Gary Kniffin, General Manager NAPA Dallas, noted, “Mike and Sheryl have been a part of the NAPA family for nearly fifty years, both as a store owner and Mike’s previous time with GPC. While Mike was a District Manager for GPC, he was the recipient of one of the most highly coveted awards in GPC as he was named GPC Manager of the Year in 1991.”

Growing the Business Since 1996 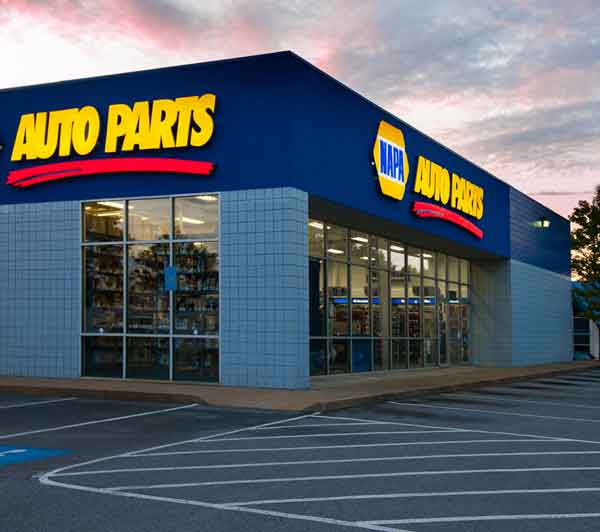 While he was with GPC, Baus said he and Sheryl had kicked around the idea of store ownership over the years. “Frankly, I didn’t expect it to happen,” he admitted. “But when the owner of the Grapevine store, who I knew from my days as Dallas District Manager, called with an opportunity to buy that store, I took it. We’ve grown the business from there ever since.”

Two years later, in July 1998, Baus bought the Lewisville NAPA store. With the oil and gas industries playing a big part of the Texas economy, Baus began to develop relationships with many of those companies. That led to a growing fleet business and in 2006 it resulted in the formation of Mi-Sher Fleet located in Ponder, Texas.

“We serve about 35 fleet accounts from that location and have become the single largest filter distributor in the United States. We have a very good relationship with the NAPA Filter folks,” he said. “Their communication with us is great and they’re responsive to issues in the field.

“In addition to managing inventory and taking care of the heavy duty parts needs for our fleet accounts from the Ponder location, we also ship commodities to our stores from there.”

In addition to his NAPA stores, Baus also operates an IBS at the Dallas-Ft. Worth Airport.

In order to be a successful NAPA store owner Baus said, “You’ve got to keep your eye on the checkbook and you have to be personally involved in your business. That means being willing to visit your customers. Relationships and customer service are key.”

“The way I look at it, if one of our people says no and the customer calls the guy down the street who goes out of the way to help, that customer will be calling on the competition the next time he needs something. Simply put, my employees aren’t allowed to say no. We do what it takes. That’s got to be the attitude.”

Kniffin added, “Mike’s comment about his employees ‘not being able to say no’ is just one example of how he and his team provide superior service to their customers. They support and utilize many of the NAPA programs including NAPA AutoCare, NAPA Delivery Tracker, NAPA Rewards with over 5,000 members, and many, many others. They are a valued partner and we are grateful to have them representing the NAPA brand.”

Another thing that sets Baus’s NAPA business apart is offering several services most of his competitors do not. For example, he said, “We turn brake drums and rotors, we mix automotive paint, we make and/or repair hydraulic hoses, and we resurface flywheels. In addition, we have by far the best parts people in the area and sell the highest quality automotive and truck parts and accessories available. We offer very competitive prices, a top quality product, and outstanding delivery service to our commercial accounts.” 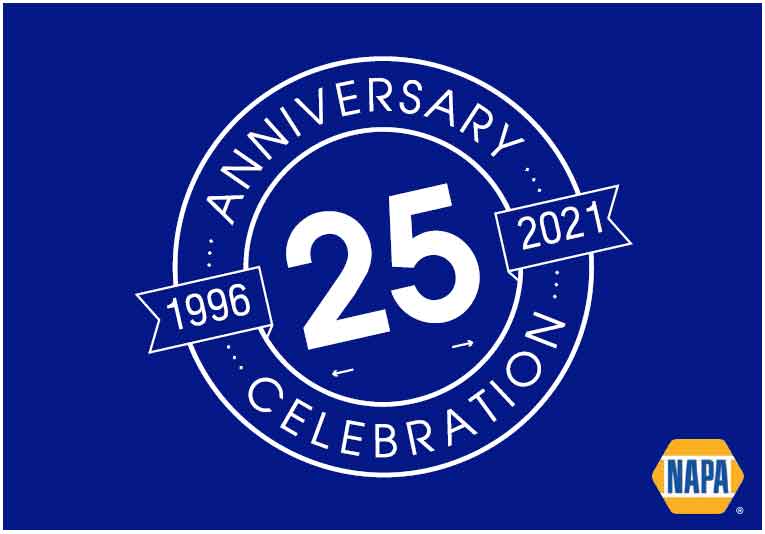 During the pandemic, things changed for every business including Baus’s NAPA stores. Like other store owners, Baus and his team followed health and safety guidelines including protective glass at the counter, six feet of distance between store customers, and masks for both employees and customers. They also took advantage of the recently rolled out Buy Online Pickup in Store (BOPIS), Curbside Pickup and Deliver from Store options. “We did it all,” Baus said.

Asked how his business fared with a general downturn in the economy and all the COVID precautions in place, he said the Lewisville store, which he described as a typical “blue box NAPA store,” did well. The Grapevine store was more heavily affected largely due to its location near the airport. With travel way down, his customers in that area experienced a decline in business and as a result so did the NAPA business.

However, business has rebounded. “We took about a 35% hit in Grapevine last year, but business is starting to bounce back. May was the first month we were back up to our usual volume. During the pandemic it all depended on the mix of the stores.”

With nearly 50 years in the automotive parts business, Baus said he is beginning to look toward retirement. The Baus’s children, daughter Tiffany Lowe and son Jeremy, grew up in the business and are heavily involved in the operation today. “Tiffany is the face of our business and Jeremy has taken over the financial end. In addition, we’ve created a very good management team. I’m confident they’ll continue to grow the business when Sheryl and I step aside.”

“On behalf of all of the sales and management team at NAPA Dallas, congratulations to Mike and Sheryl on their 25-year anniversary as a valued NAPA store owner,” Kniffin said.