Elliott and NAPA Eyeing Championship after Top-Five at Road America

Chase Elliott, driver of the No. 9 NAPA AUTO PARTS Chevrolet, ended Saturday’s Road America 180 with a solid fourth-place finish.  It was an up-and-down day that saw Elliott lead a race-high 23 laps, then rally back from an off-track excursion and gain six positions in the closing laps.  More importantly, the effort propelled Elliott to second in the championship points battle.  He now sits within 16 points of leader Chris Buescher.

With rain washing out qualifying, the field was set based on practice speeds, leaving Elliott to start on the front row alongside JRM teammate Ben Rhodes.  From the outset Elliott held point, taking the lead on the first corner of the race’s first lap.  Once out front, Elliott set sail and worked his way to a remarkable seven-second lead on the field.  Elliott steered the NAPA AUTO PARTS Chevrolet on a blistering fast pace, which saw him as the fastest car through the opening 40 miles of the event. 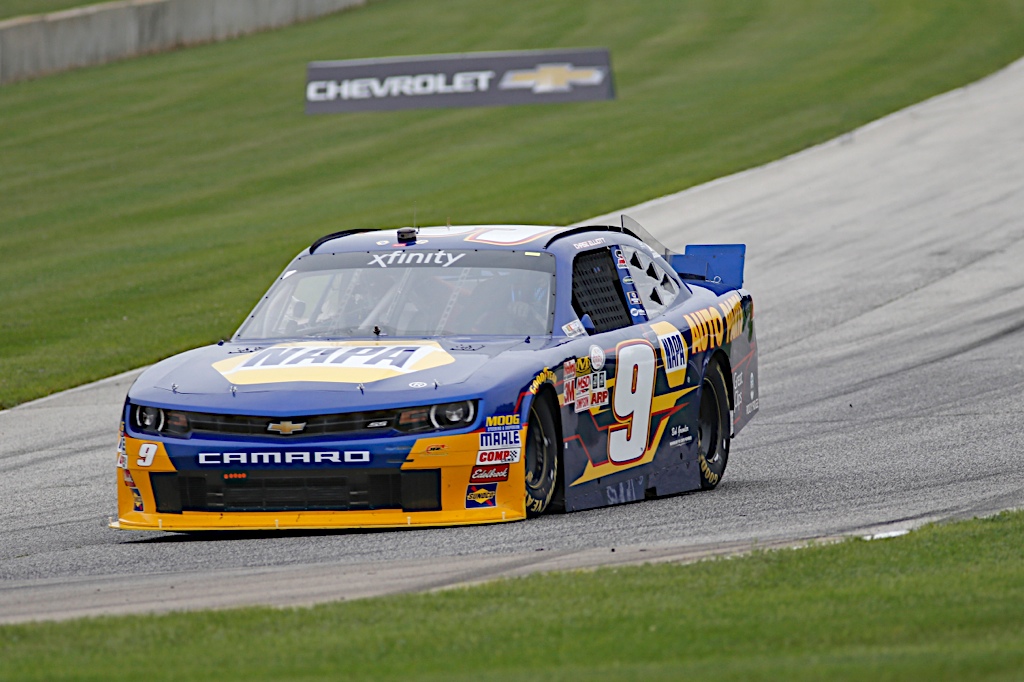 After the field cycled through the first round of green-flag pit stops, Elliott increased his gargantuan lead even further by putting a crushing 11-second deficit on second place.  When the race’s second caution flag flew on lap 24, the field was bunched up for the ensuing restart.  Varying pit strategies then came into play, with some competitors pitting for fresh rubber and other staying on track to optimize their positon.  Elliott stayed out and led the field to the lap-27 restart.

Battling competitors with fresh tires, it became a challenge for Elliott to hold onto the top spot and he seceded to third.  To compound matters, Elliott briefly slipped off the track and into the grass.  Keeping his foot in the throttle, he quickly made his way back onto the racing surface, but not before dropping to seventh and picking up debris on the grille of the No. 9 machine.  Crew chief Ernie Cope was forced to call Elliott to pit road for the team to clean the grill opening.  They also opted for four tires and fuel. 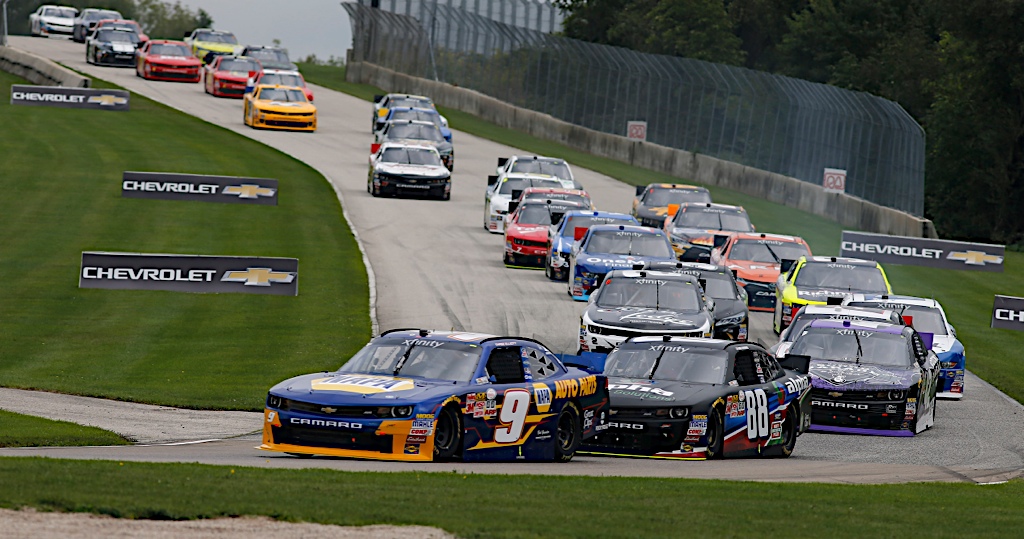 After the stop, Elliott raced back onto the track in 19th.  He climbed back to 17th prior to the race’s final caution on lap 36.  With many teams on differing pit strategies, the extensive five-lap caution wreaked havoc on the running order.  However, it played right into Elliott’s hand, and when the field took the green flag the No. 9 was scored in 11th.  Elliott dug in, showcasing the strength of both the NAPA machine and his road-course talents and climbed to eighth with three laps to go.  Over the final two laps he charged four more positions and found the checkered flag in fourth.  The effort marked Elliott’s ninth top-five of the year.

Paul Menard won the race and was followed to the line by Ryan Blaney, Brian Scott, Elliott and Darrell Wallace, Jr.

“I’d be lying if I said I wasn’t disappointed today.  I feel like I really let this NAPA AUTO PARTS team down.  We had a great car, and one that was capable of winning.  I just made way too many mistakes.  It’s unacceptable, really.  We can’t have that.  We were fortunate to rally back and get a top five out of the day.  We’ve been really close to winning one of these road races, and I really wanted to get the job done today.  All we can do is take another shot at Darlington next week.” 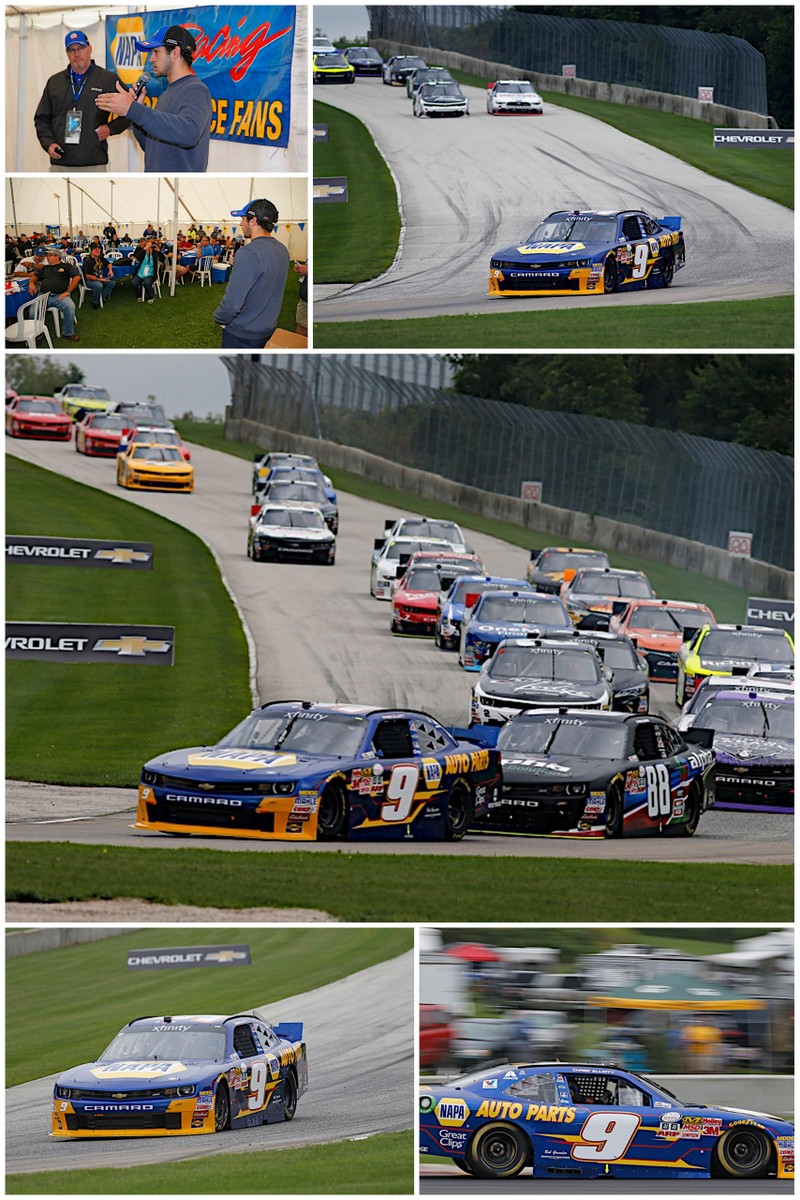