Elliott started Sunday’s race in third, just behind his teammate Alex Bowman, the race leader. He continued to run inside the top five early in the race even after losing the position, rebounding to move into the runner-up spot on Lap 54. Elliott headed to pit road for a green-flag stop just before a caution flag flew, trapping him a lap down in 11th. He was able to take a wave-around, however, and restart 10th on the lead lap. He moved back to the verge of the top-five at Lap 130, settling into sixth for the next stretch of the race. With less than 100 laps to go, Elliott restarted in fifth following a pair of cautions. Though he lost positions on the restart, he remained inside the top 10. Two more cautions in quick succession with less than 60 laps remaining saw Elliott hold on to his top-10 position and restart 10th with less than 50 laps to go. When the race went to overtime, Elliott headed to pit road one final time for fresh tires. When the checkered flag waved after a second overtime restart, Elliott finished ninth.

“I think we’ll have something for them next week,” rookie of the year contender Elliott said as the checkered flag concluded the race. “Thanks for your hard work today.” 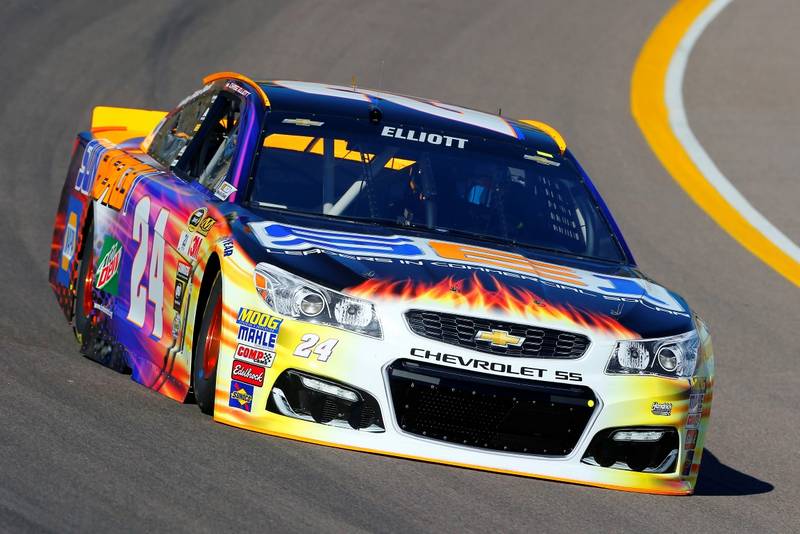 The final event on the NASCAR Sprint Cup Series schedule will be Sunday, Nov. 20 at Homestead-Miami Speedway. The event will be broadcast live on NBC at 2:30 p.m. ET. It’s the final week for Most Popular Driver voting.