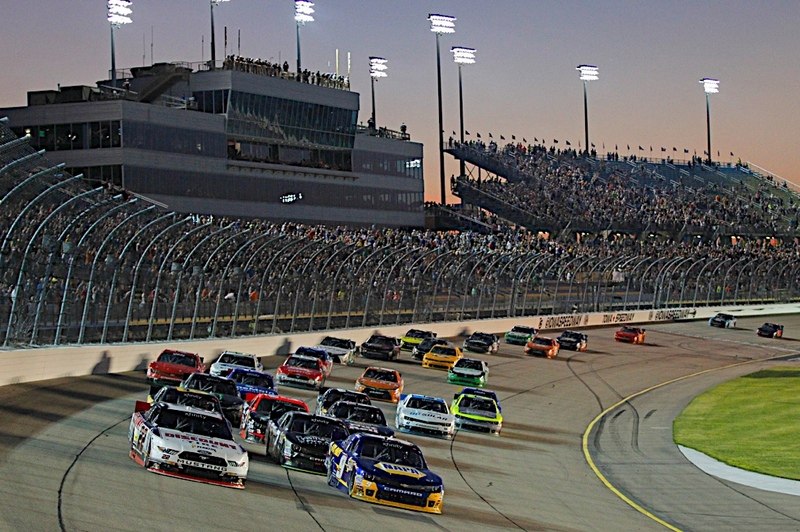 A 75-lap green-flag run opened up an eventful evening for Elliott, who qualified 12th earlier in the day.  The 19-year-old managed to move forward by the time the first caution flag fell.  Crew chief Ernie Cope brought Elliott in for fuel and four tires, as well as an air pressure adjustment, to help him fire off quicker since he was having issues moving forward during the race’s initial run.  The NAPA crew did an exceptional job picking up three spots on pit road for Elliott who restarted eighth on the ensuing lap-82 restart. 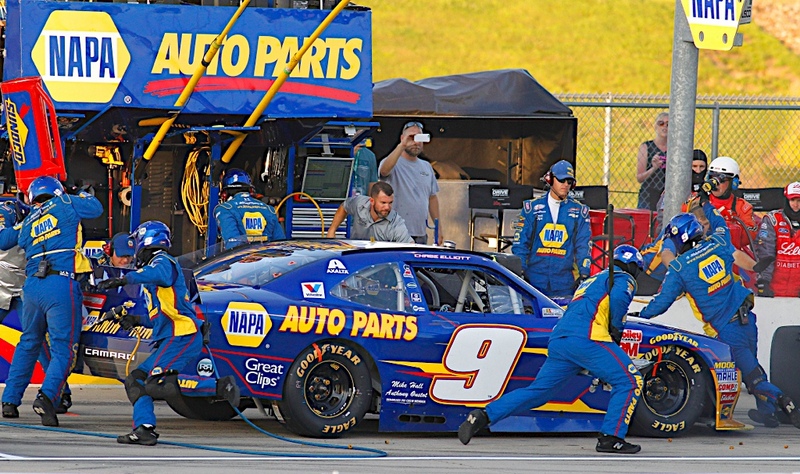 The race’s first half was dominated by two long green-flag runs, which Elliott found beneficial as the sun set on Iowa and his NAPA Chevy came into form.  Although Elliott was riding in the seventh position towards the end of the second green-flag run, his lap times were equal to the leaders.  The lightning fast pit stops continued during Elliott’s second time on pit road, as the NAPA crew again picked up three spots for Elliott.  He restarted in the fourth position with 100 laps to go. 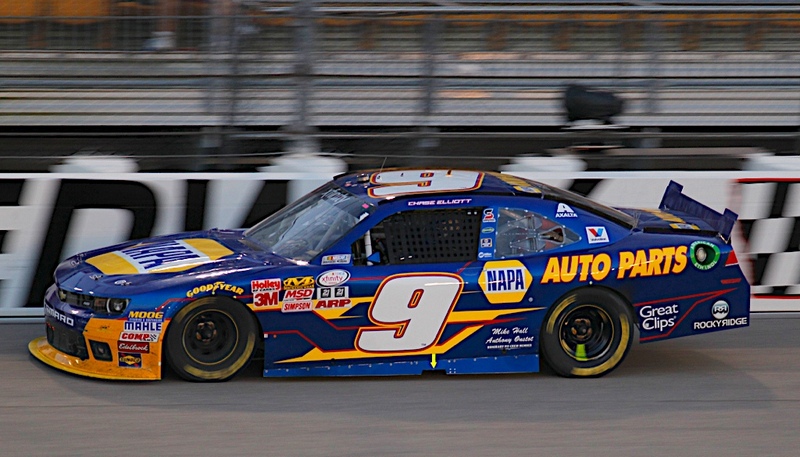 Unfortunately for Elliott his night would slide south during a critical late-race stop on lap 205.  The NAPA team took two tires, which hurt Elliott’s grip and eventually sent him backwards as the race wound down.  With 20 laps to go, Elliott was involved in a wreck with the No. 33 car.  The NAPA crew managed to keep Elliott on the lead lap while repairing the bumper of his Camaro.  Elliott would restart 17th with 14 laps to go and prove his fight was not over yet.  Elliott restarted ninth during a second attempt at a green-white-checkered and managed to hold his position for a hard-fought and series-leading 15th top-10 finish. 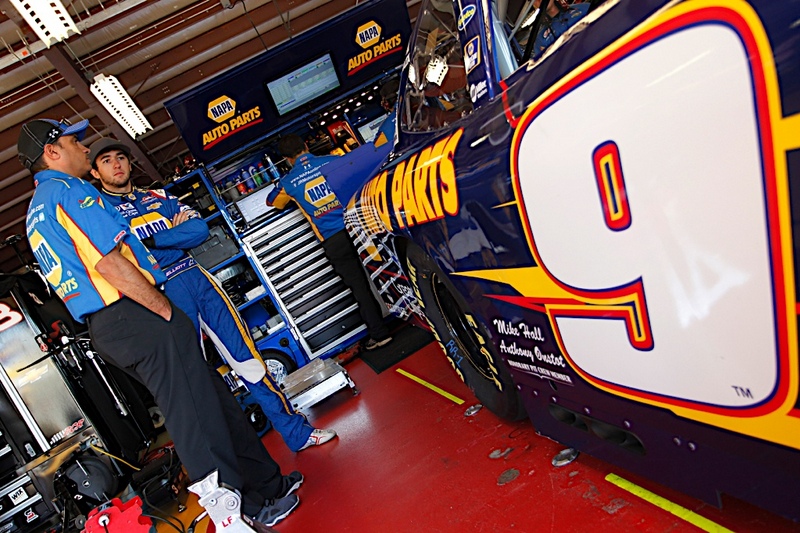 “Well, tonight was a bit of an up-and-down performance for us.  We had our struggles this weekend, but I thought our NAPA AUTO PARTS Chevrolet came to life late, once the sun went down and we had some solid chances.  My pit crew was absolutely unbelievable and that’s what we have to have week in and week out.  They were awesome tonight.  Unfortunately, we couldn’t hold the lead late in the race and ended up getting caught up in a wreck late in the race.  We fought back and made what could’ve been a poor finish into a top-10 by fixing the damage the best we could and staying on the lead lap.  Although we gained on Chris (championship points leader Chris Buescher), we have to get better in order to reach our ultimate goal of a championship.  Looking forward to Watkins Glen and starting the first of three road courses in the next few weeks.” 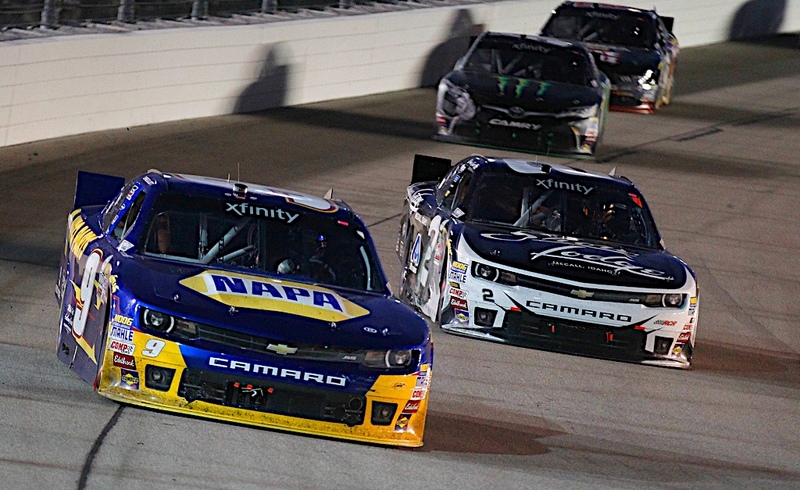