Elliott began Sunday’s race from the 16th position, and by Lap 17 he had moved into the top 15. That became the top 10 on Lap 26 just before he headed to pit road for a green-flag stop. He found himself back in 19th 10 laps later after he had returned to the track, but he continued to work his way through the field. Just past the midway point of the race, Elliot was back inside the top 15 and when a caution flag flew on Lap 48 he was once again in the top 10. With many teams using different pit strategies, even though Elliott was ninth in the race off of pit road during the caution, he restarted outside of the top 10 – but still inside the top 15.

Following a red flag due to a multiple-car incident, Elliott headed to pit road during the ensuing caution and restarted 13th on Lap 56. He continued to race inside the top 15 until a caution flag waved with 14 laps remaining, when he fell just outside of it in 16th. Following the second red flag of the race, he took the green with four laps remaining in 18th, gaining five spots before the checkered flag waved. He finished 13th. 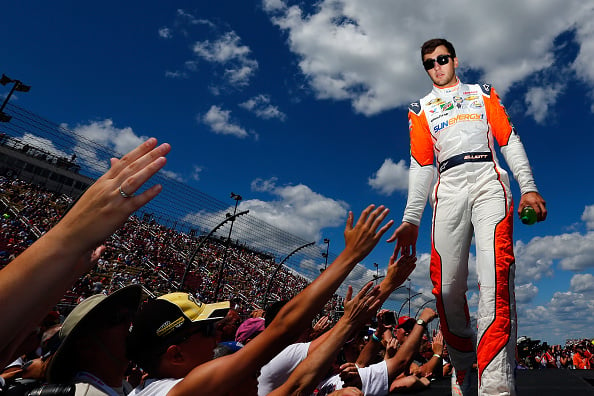 Elliott led the four-car Hendrick Motorsports contingent to the checkered flag with Jeff Gordon, subbing in for Dale Earnhardt Jr., finished 14th. Kasey Kahne took home a 19th-place effort while Jimmie Johnson finished 40th after being involved in an incident just past the halfway point of the race.

The next event on the Sprint Cup schedule will be at Bristol Motor Speedway on Saturday, August 20th. The event begins at 8:00 p.m. ET with live coverage provided by NBCSN. 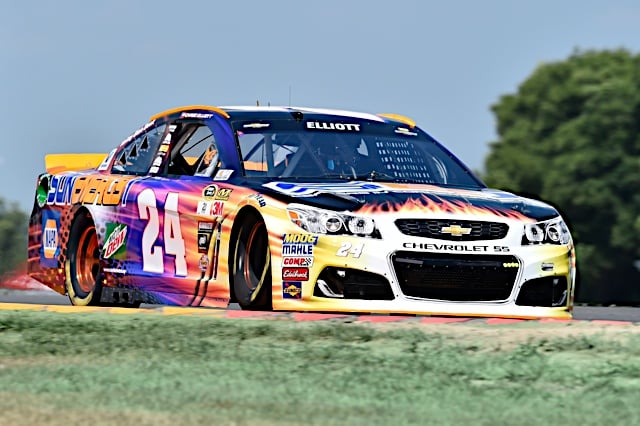