Chase Elliott, driver of the No. 9 NAPA AUTO PARTS Chevrolet, finished eighth in Saturday’s Ford EcoBoost 300 NASCAR XFINITY Series (NXS) race at Homestead-Miami Speedway, which propelled Elliott to a runner-up finish in the final 2015 championship standings.  It was his seventh consecutive top-10 finish, pushing his season total to 27, and besting his last season total of 26.  Chris Buescher finished 11th and won the 2015 NXS championship over Elliott by 15 markers.  Kyle Larson led six times for a race-high 118 laps en route to his third career NXS victory. 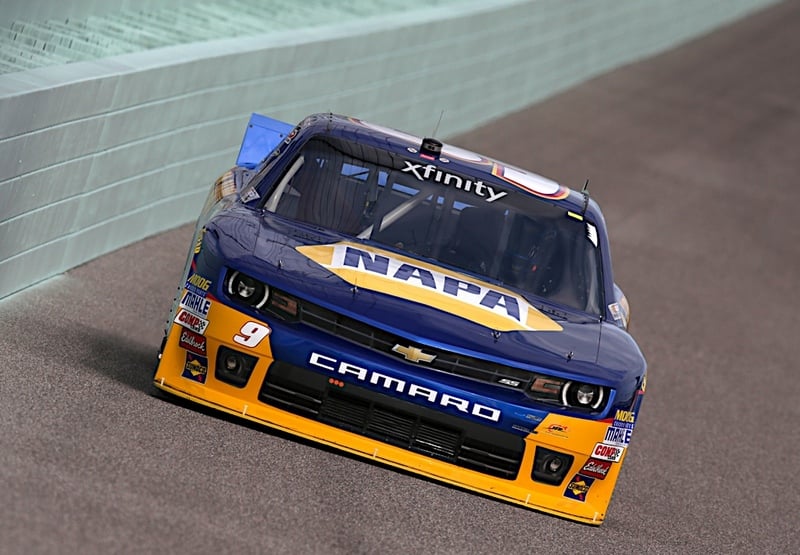 After a 13th-place qualifying effort, Elliott was able to maneuver forward in the early going.  Elliott’s NAPA Camaro was a touch on the loose side to start off, but as each run continued, his machine would start to tighten up and allow the drive-off he needed to gain on his competition.  On a lap-14 restart, Elliott suffered right-front fender damage on his Chevrolet.  Crew chief Ernie Cope communicated to the crew the team would stay out and pit the next time in for fuel, four tires and damage repair.  That pit stop came under caution on lap 27.  Elliott reported before the stop the fender damage was making his race car more stable as the run continued and allowing the speed he needed off each corner.  Elliott restarted 21st on the ensuing lap-31 restart and clawed his way forward – eventually cracking the top-10 on lap 68. 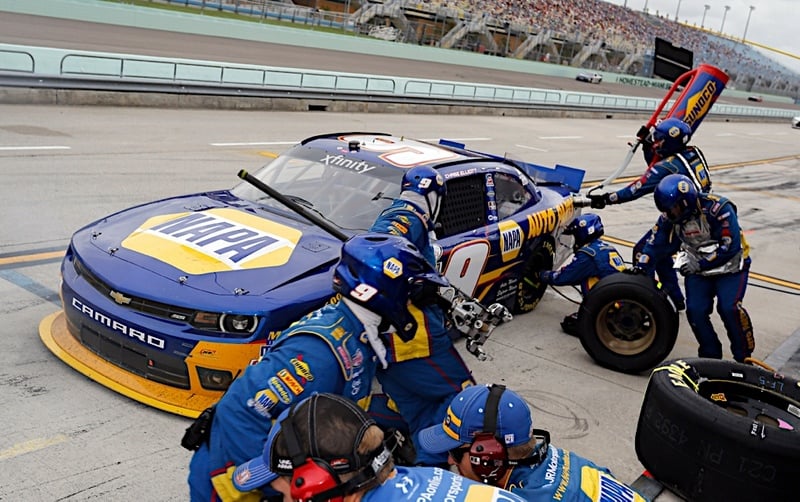 During the longest green flag run of the race, from laps 31 to 116, Elliott would produce speeds second fastest on the race track.  Unfortunately for Elliott and the NAPA team, the No. 9 would go a lap down to the leader on the run.  Cope gambled on lap 173 as the caution fell with Elliott running ninth.  The initial direction was to bring the No. 9 onto pit road, but being a lap down the veteran crew chief kept Elliott out, which shuffled him back on the lead lap.  A quick caution would follow after the restart with 21 laps to go, which proved Cope’s decision as a beneficial one for the second-year JR Motorsports (JRM) driver.  Elliott came in four fuel and four tires, setting up a dramatic race to the finish for the defending NXS champion. 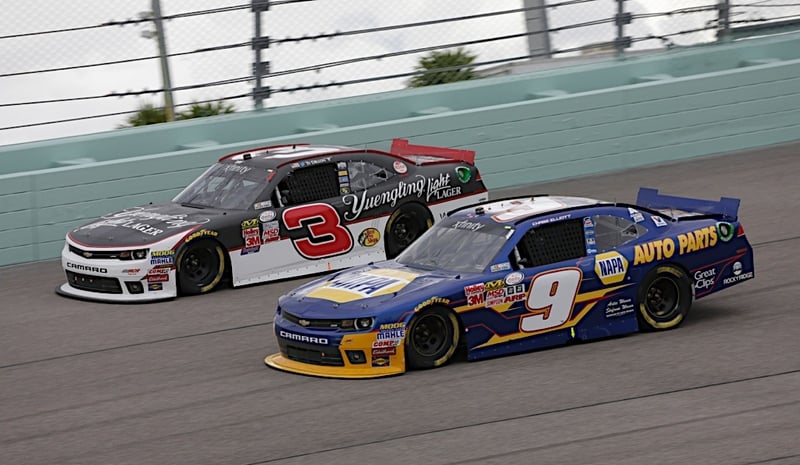 On the race’s final restart with 16 laps remaining, Elliott lined up ninth and was able to pick up one position as the final laps came to an end and ultimately notching an eighth-place finish.  In Elliott’s 66th start for JRM, and his second at Homestead-Miami Speedway, the 19-year-old Dawsonville, Ga. native posted a 53rd top-10 NXS finish, between the two-year campaign, on the way to a runner-up championship finish. 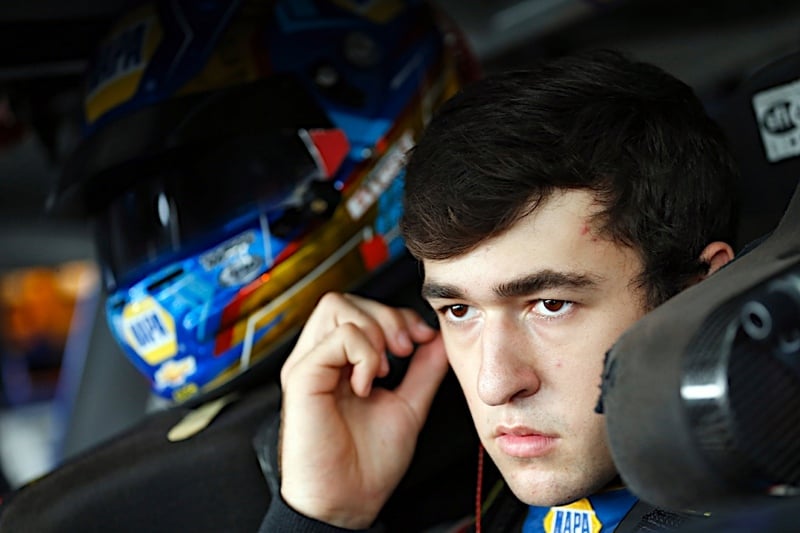 Driver Quotes | Chase Elliott
“It was definitely an up and down season for us.  I think first off congratulations to Chris (Buescher, driver of the No. 60) and everything those guys did.  They just outran us fair and square.  There’s no reason to be upset about that.  We just need to do a better job and I need to do better.  Like I said, they just beat us.  Congratulations to them.  As I said before, our season had its ups and downs.  We were fortunate to get to victory lane once, obviously wish we could have got there more.  That was the moral of the year and something that I will look back on as we move forward.  This sport, and as it evolves, the only thing that matters is being able to go and win races.  We definitely didn’t do that enough this season.  I know I need to do a better job on my part to try and give us more opportunities moving forward.  I’m looking forward to the offseason and I’m looking forward to next season, but there’s a lot I need to do in the offseason to get prepared the best I can.  I know it’s not going to get any easier.” 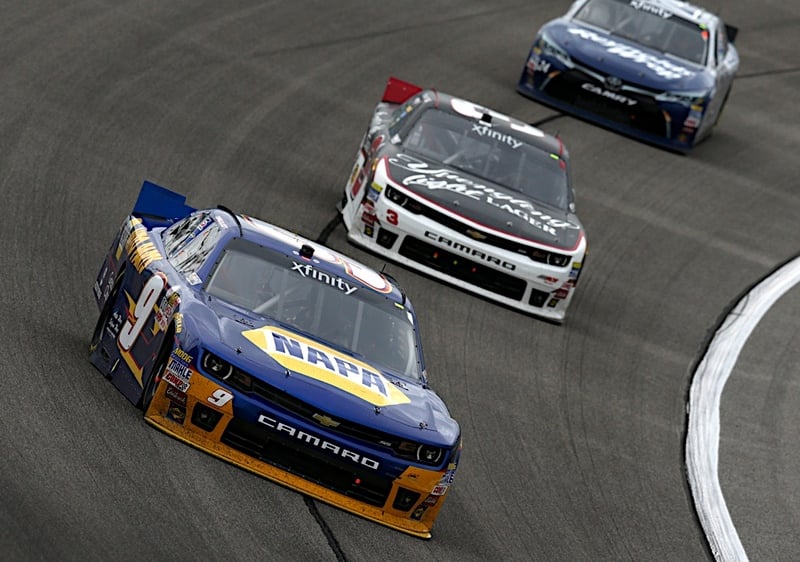