In support of September’s Childhood Cancer Awareness Month, the Chase Elliott Foundation joined forces with NAPA AUTO PARTS and Hendrick Motorsports to significantly expand the fifth edition of its DESI9N TO DRIVE campaign benefiting Children’s Healthcare of Atlanta (CHOA). This year, the most visible element of the campaign was the full design makeover of Elliott’s driver uniform and No. 9 Chevrolet Camaro for the NASCAR Cup Series race at Darlington Raceway, the first playoff race of the year.

Elliott Thanks NAPA for Stepping Up 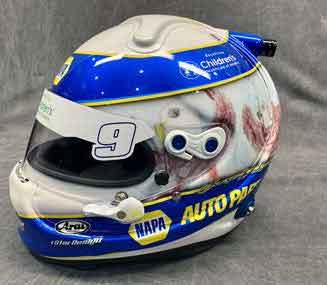 Elliott’s ride along with his uniform, gloves, and helmet showcased special artwork designed by patients at CHOA’s Aflac Cancer and Blood Disorders Center. In addition to the NAPA AUTO PARTS driver, Alex Bowman, Kyle Larson, and William Byron all wore special shoes featuring patient designs. These limited-edition shoes then hit the auction block to raise money for those in need.

In an August video, Elliott said, “To me the main player is obviously NAPA for allowing Children’s to be a part of this event and to take an event that was just a shoe design, all the way to being on the car, on the suit, on the helmet. I think all those things are extremely special. So grateful for them, being open and willing and excited enough to partner up and make it happen.”

“It’s an honor to support Children’s and celebrate its incredible kids,” said Kevin Herron, President and Chief Operating Officer U.S. Automotive, Genuine Parts Company. “We are fortunate to have a world class children’s hospital in our community that is a huge benefit to our city and to our NAPA AUTO PARTS family.” 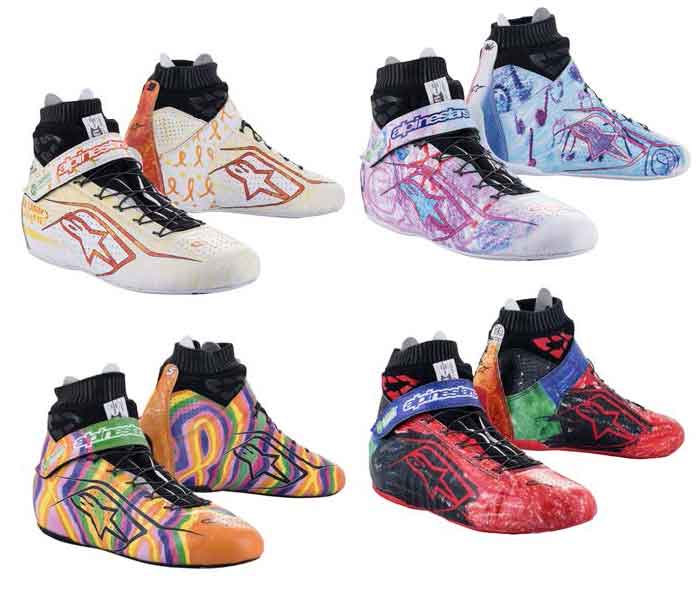 The adapted designs were submitted by eight patients at the Aflac Cancer and Blood Disorders Center at CHOA. The young artists ranged in age from 6- to 15-years-old. The first design released was the paint scheme of the No. 9 race car created by 15-year-old Mary Francis Webb. Images of the other designed elements were released prior to race weekend via social media.

“Some courageous kids have helped us sketch out some amazing artwork to give us this fresh new look. For kids to be able to have the opportunity to design a car and be able to see it come to life on the racetrack, I think that is a super neat thing,” said Elliott. “A lot of these items that are going to be used during this race weekend are going to be auctioned off to help Children’s continue their great care of their patients as they’ve been doing for many years now.” 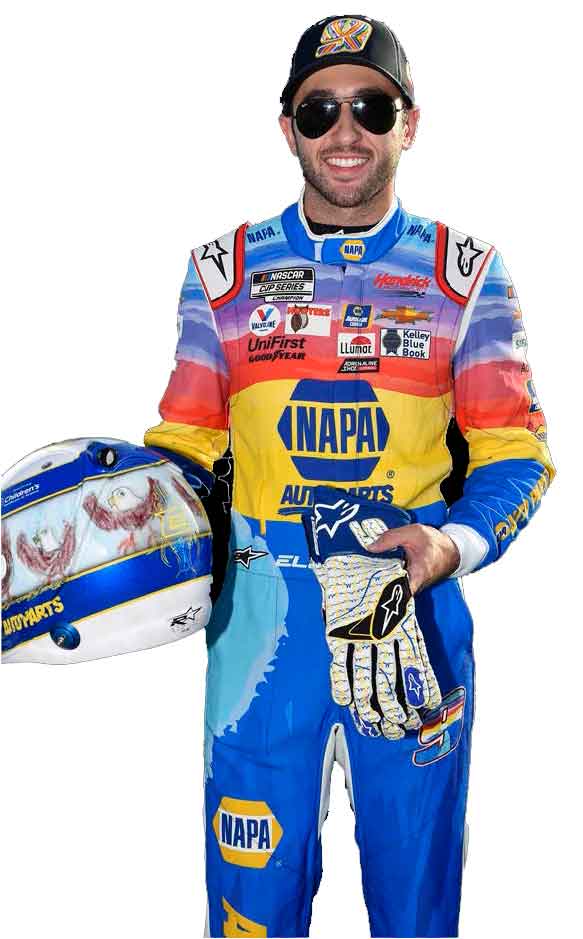 Beth Buursema, Senior Development Director at the Children’s Foundation said, “We are so excited and grateful that the Chase Elliott Foundation has expanded the DESI9N TO DRIVE art collaboration to showcase the creativity and strength of our kids receiving treatment at the Aflac Cancer and Blood Disorders Center of Children’s. As one of the largest pediatric cancer and blood disorder programs in the country, we care for more than 8,000 pediatric patients every year from 43 states across the U.S. This continued collaboration will bring hope to those patients while furthering our mission of making kids better today and healthier tomorrow.”

Elliott has made an incredible impact on Children’s Healthcare of Atlanta since starting his “DESI9N TO DRIVE” campaign. The initiative has raised more than $160,000 in donations in the four years since its launch.

In addition to the events around the track on race day, Chase Elliott brought his “DESI9N TO DRIVE” initiative to the Braves game in Atlanta on Tuesday, August 7th, when he treated the children who designed his car, firesuit, gloves, and helmet for the first 2021 NASCAR Cup Series playoff event at Darlington Raceway to a special day at Truist Park.

“It’s just nice to be able to interact with all of them here,” Elliott said. “Obviously, I got to see Mary on Sunday, but to be able to have them all here and thank them for their creativity and willingness to want to be a part of our race the past weekend and to have them enjoy a fun night at a game with their families.”

Elliott was also able to join the broadcast booth, drive his NAPA/Children’s Chevrolet around the field and sit back and watch the Braves defeat the Washington Nationals, 8-5. Spending quality time with the kids from Children’s also allowed Elliott to focus on the positives of his performance at Darlington. 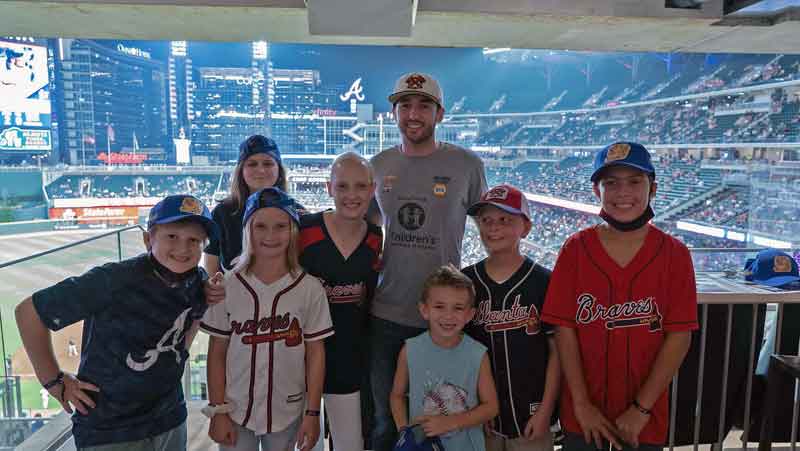 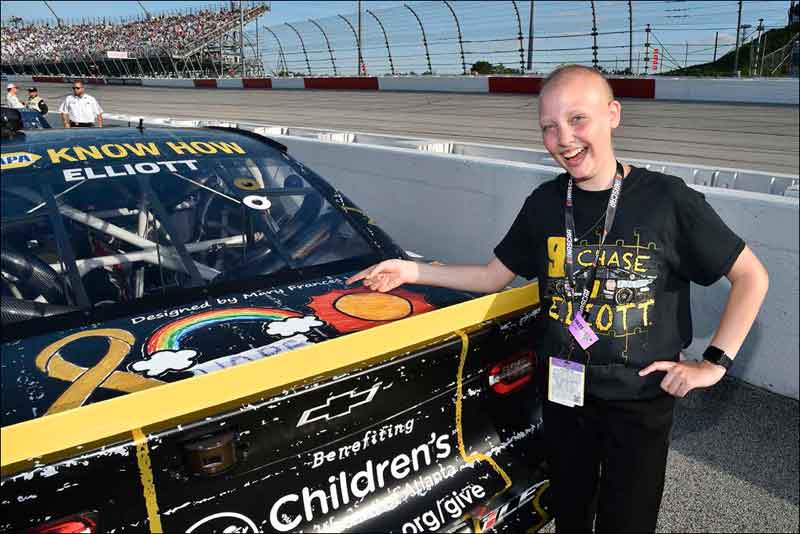 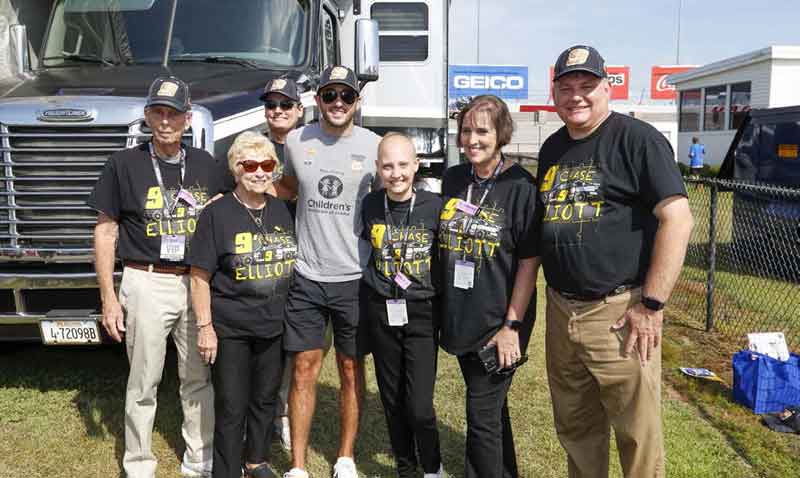