Chase Elliott, driver of the No. 24 NAPA AUTO PARTS Chevrolet SS for Hendrick Motorsports, earned his 10th top-10 finish of the year by posting a fourth-place result in the NASCAR Sprint Cup Series race at Pocono Raceway Monday afternoon.

Elliott began the 400-mile race in 13th but made quick work of climbing his way toward the front. He drove his No. 24 NAPA AUTO PARTS Chevrolet SS by teammate Kahne and inside the top 10 on Lap 10. Elliott pitted under the competition caution and restarted in eighth but jumped to fourth on the restart. Following a Lap 27 caution, Elliott restarted in third and after the leader pitted, assumed the runner-up position. 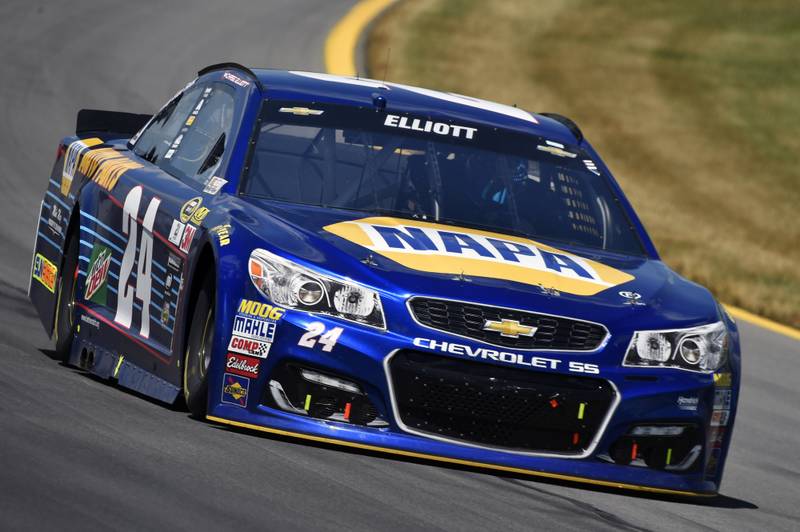 Running a tad snug throughout another cycle of green-flag pit stops, Elliott restarted in second on Lap 66 and grabbed the lead at the green.

“These past two laps have been a good pace,” Elliott’s spotter Eddie D’Hondt said over the radio while Elliott led the field.

He held the first position through four additional cautions before losing the lead on pit road. Throughout his time at the front of the field, he led 51 total laps in his first Sprint Cup event at Pocono Raceway. 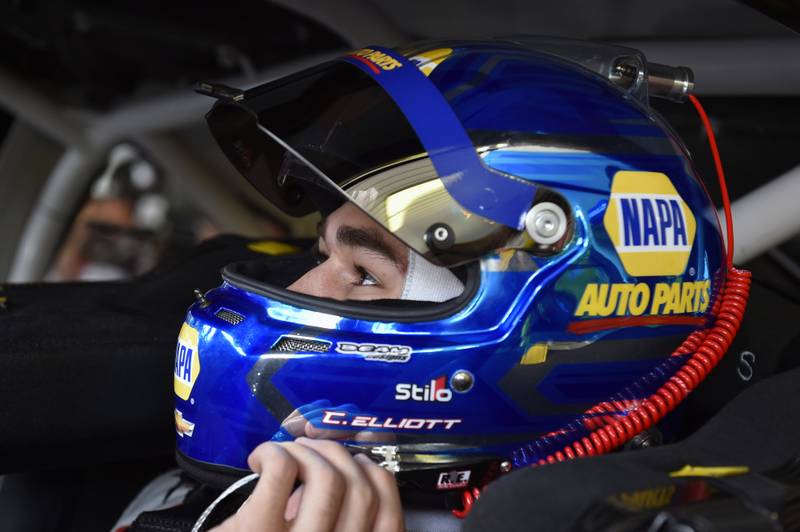 A solid restart with 38 laps to go got Elliott up to third, and he found his way back to the runner-up position during an ensuing caution. In the process of saving fuel, however, he would ultimately take home a fourth-place finish

“I felt like I made a big mistake there at the tunnel and it gave Kurt a big run,” Elliott said after capturing his 10th top-10 finish of the year. “Basically you just learn and just be really proud that we had a super-fast car, a car that could lead all day and a group of guys that are willing to fight to try to get in Victory Lane.” 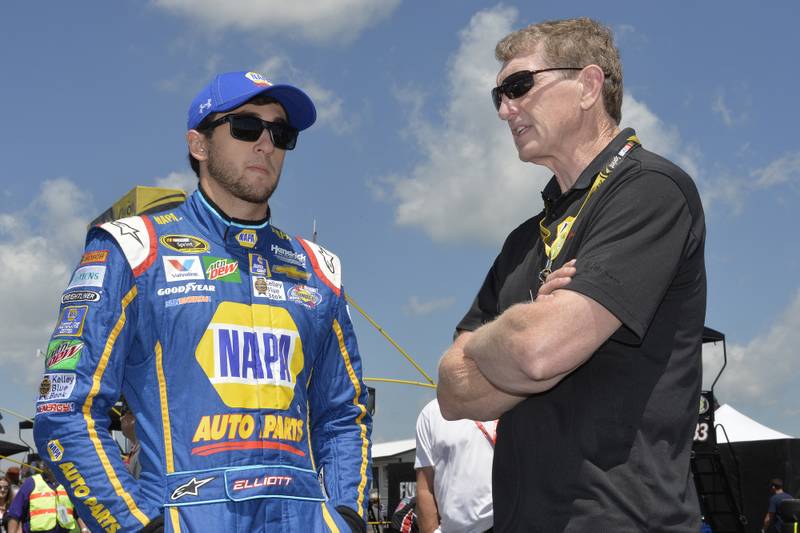 The next event on the Sprint Cup schedule will be at Michigan International Speedway on Sunday, June 12th. The event begins at 1:00 p.m. ET with live coverage provided by FOX Sports 1. 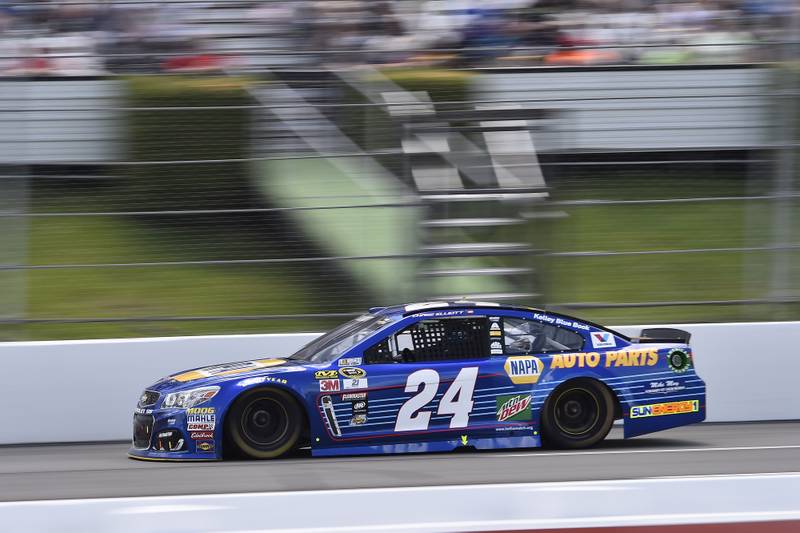 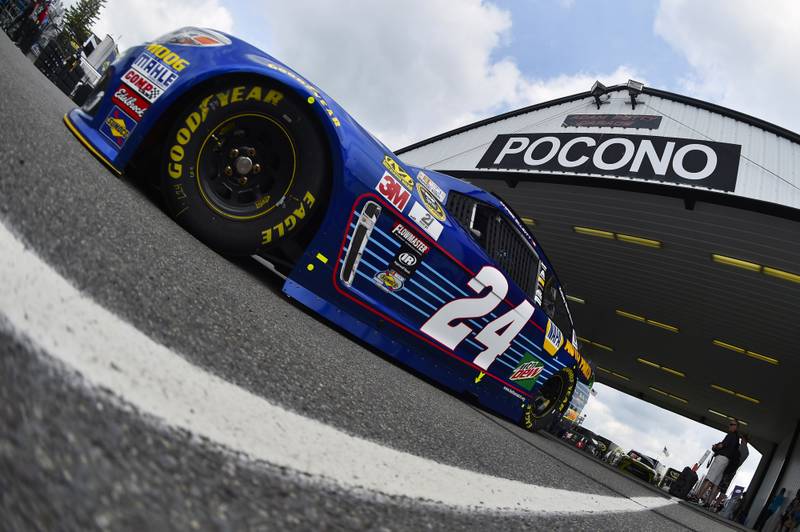