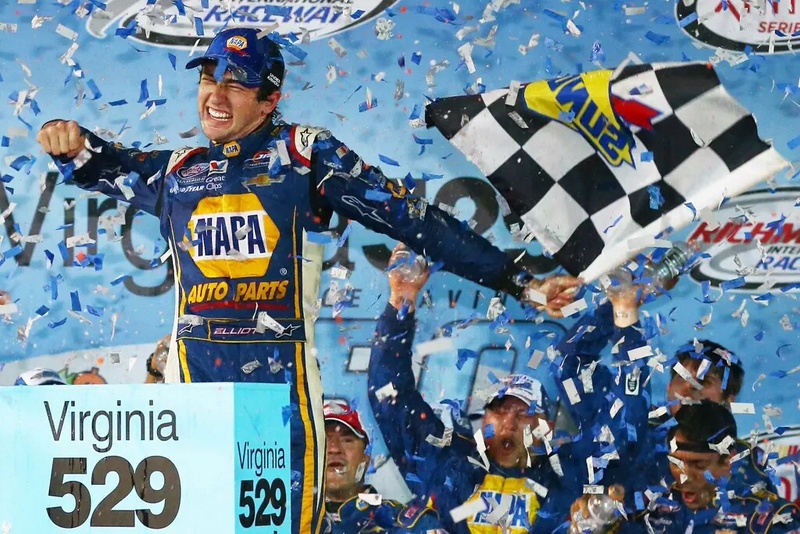 Elliott started off the day with a strong sixth-place qualifying effort to help position himself up front early – which would be where the 19-year-old Dawsonville, Ga native would stay the entire night.  Elliott never dropped outside the top six.  During the first half of the race, crew chief Ernie Cope, along with Elliott’s feedback, were able to dissect the drive off issues on the NAPA Chevrolet to help the second-year NXS regular for JR Motorsports (JRM) march forward.

The NAPA pit crew, and veteran Cope’s pit road calls, proved to be the recipe for success all night.  During Elliott’s first three times on pit road he gained a total of three track positions.  His third time down pit road, after an 82-lap green-flag run, was the last time the NAPA team made an adjustment on Elliott’s Camaro.  On the ensuing restart, Elliott climbed to second position by lap 159 and reported to his team the Chevy fired off exceptionally well.  During the latter stages under the lights at RIR, a critical moment in the race developed for Elliott.  On a lap-163 caution, Cope brought second-place Elliott down pit road for fuel and four tires.  The NAPA pit crew once again executed a flawless stop propelling Elliott to the lead on the following restart with 84 laps to go. 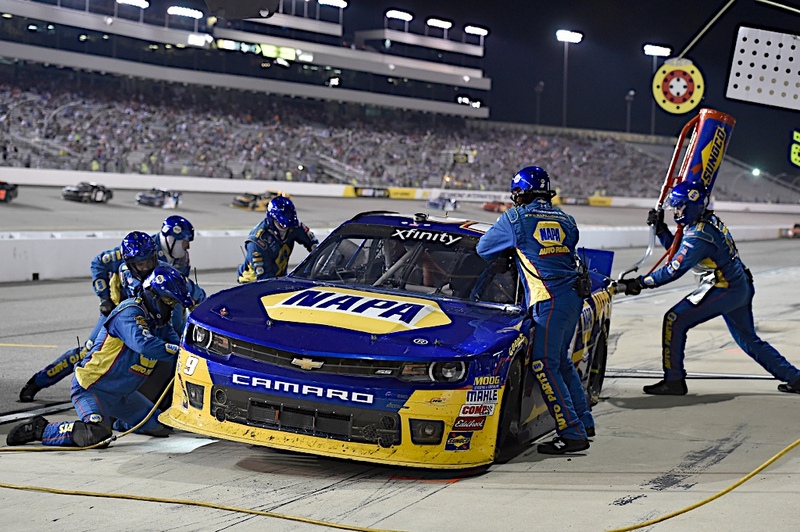 Late race dramatics played out when the race’s final caution fell with 35 laps left.  Cope brought Elliott in one last time for its money stop, which was performed in clutch-fashion by the No. 9 crew.  Elliott restarted first with 25 laps to go beside his teammate Regan Smith and withheld a hard charging NASCAR Sprint Cup Series (NSCS) veteran Kyle Busch in race’s final laps.

Elliott led once for a race-high 83 laps en route to his fourth career win.  It was the fourth win for JRM in 2015 and the organizations 25th overall victory.  To add to Elliott’s historic night, he became the first series regular to win a NXS race at RIR since Kyle Busch in May of 2004, after outdueling Busch’s No. 54 machine, Brian Scott, Joey Logano and Erik Jones.

Woooooo!! 🎉🎉🎉 @chaseelliott is one happy guy in Victory Lane! pic.twitter.com/19dKLpH4pt

“It was a solid weekend overall.  First off, Ernie (crew chief, Ernie Cope) brought a really fast NAPA AUTO PARTS Chevrolet to Richmond.  I felt like we had a very smooth weekend and that started yesterday with practice, which went very well for us.  You have to start somewhere and practice was where it began for us.  Qualifying could have gone a little better.  I could have done a better job as our car showed it was better in practice than a sixth-place qualifying effort.  I thought all night long we made the right adjustments on pit road and Ernie made great calls to get us where we needed to be at the end of the race.  I cannot say enough about our pit crew tonight.  They are the ones who gave us the chance to go and win this race.  The pit stops were by far the best they have been all season and they just did a killer job.  I’m very happy for those guys and excited about Chicago next weekend.” 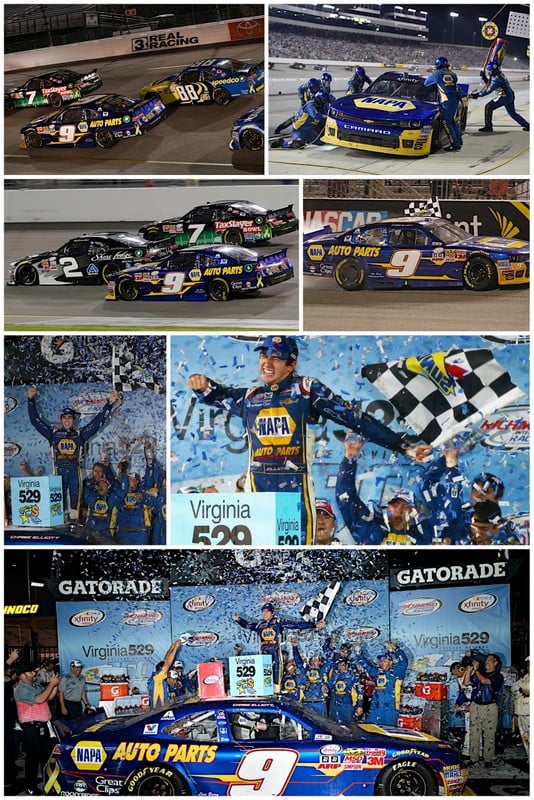