A lit check engine light on your dashboard can be an intimidating surprise. A number of questions immediately come to mind: What’s wrong with your car? Will it be expensive to fix? Can you fix it yourself, or will you have to bring your car to a mechanic? Don’t panic! With the right tools and resources, you can quickly get to the root of the issue.

Did you know vehicle manufacturers have been using on-board diagnostic systems for decades? In fact, the very first crude OBD system appeared on the 1968 Volkswagen Type 3 which used their new Bosch D-Jetronic electronic fuel injection system. Later on different manufacturers would design their own on-board diagnostic systems. But this became a problem since each system was different, it meant using different tools and different procedures to coax information from them. One novel method was to blink the check engine light (kind of like Morse Code but only numbers) to indicate an error code. Some clever methods used existing screens on the dash (like the radio or climate control unit) to display error codes.

But in 1996 a new standard was applied to these on-board diagnostic systems, designated as OBD-II. This standardized the interface plug design (a J1962 connector for the curious), plug wiring order, where the plug is to be located (inside the car within two feet of the steering wheel), and most importantly a set of universal diagnostic trouble codes. The last part is extremely important as it gives a common diagnostic structure that works across all vehicles. For example a P0301 code indicates that there is a misfire on engine cylinder #1 regardless of whether it is a Nissan, Ford, or a Kia.

All this means that it is now a simple operation for you or your local NAPA AutoCare technician to quickly find out what your vehicle is trying to communicate when the check engine light comes on. Now to figure out what is going on.

Why Did the Check Engine Light Illuminate? 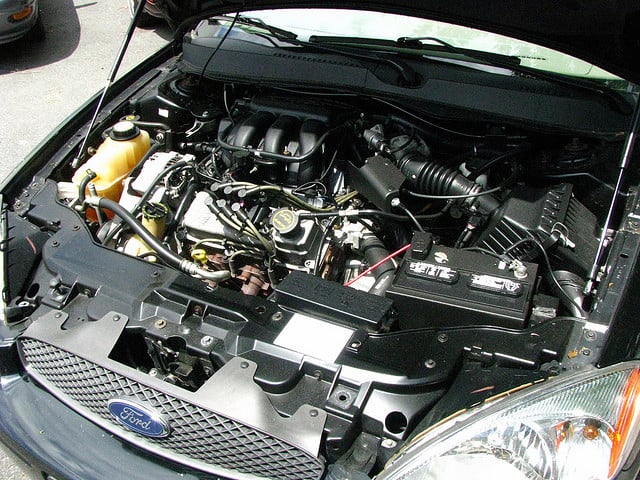 First, think back to when the light came on. Was it just after you refueled or hit a pothole? Then, consider any other potential clues. Is there steam coming out from under the hood? Does the engine sound like a shaking box of hammers? If the answer is “yes” to the last two questions the best action is to shut the engine off and leave it off until you know what is wrong.

Generally speaking, the severity of the issue will dictate how promptly you must address the situation. Here’s how the check engine light (CEL) can help you understand whether you should drive straight to the garage, or take your car in when you have free time in a few days:

First you need to know what is the problem. You can use a hand-held OBD scanner to read the codes stored in the ECU. Simply plug in the scanner and turn the key “on” (but not start) and follow the instructions included with the scanner. You can also have your local NAPA AutoCare location where they will use a professional diagnostic scanner to read the ECU. These diagnostic scanners are far more powerful than consumer units allowing for more complex analysis.

There are a few issues that will cause the CEL to illuminate that can be fixed in your own driveway. For example, if you just refueled, the problem could be something as simple as a loose or broken gas cap, a quick and safe fix. Just remove your gas cap and check it for damage. If in doubt, replace it with a new one. If the gas cap looks fine, just put it back on and make sure it is tight. After a few driving cycles the CEL should go out. A faulty temperature sensor or coolant leak could be causing your system to log engine temperature codes. Replacing an engine thermostat or sensor is within the realm of most DIYers.

On the other hand, if the check engine light comes up because of a heavy misfire or traction control system fault, or if the problem is under the vehicle or exceptionally deep in the engine, you might be better off letting the professionals have a look. For example an evaporative emissions system code could be caused by a cracked hose or fitting anywhere between the engine and the fuel tank. A technician would use an inert smoke machine to pinpoint the exact leak location among tens of potential failure points.

Once the issue that caused the lit check engine light has been resolved, there is the option to let the light reset itself or to force a reset via the OBD-II port. Thanks to the self-testing nature of OBD-II once an issue has been resolved the ECU will see that the system is back within specifications. After a certain number of drive cycles the ECU will decide that the problem is fixed and turn off the CEL. Sometimes though it can be better to force a reset of the entire OBD-II system. This will trigger a re-test of all systems including the one that was just repaired. A word of caution though. A complete reset can cause some vehicles to fail local emissions testing due to the system reading “not ready” by the ECU. Each main emissions system has to pass certain checks and may take several drives to trigger a “ready” signal. Depending on your local regulations there may be a certain number of systems allowed to be “not ready” in order to pass emissions.

Check out all the maintenance parts available on NAPA Online or trust one of our 17,000 NAPA AutoCare locations for routine maintenance and repairs. For more information on diagnosing a check engine light, chat with a knowledgeable expert at your local NAPA AUTO PARTS store.

NAPA Know How Blog Your Check Engine Light Turned On, What’s Next?