One of the few things that can make a morning commute worse in the winter is if the heat stops working inside your car. Have you ever turned on the fan for it only to blow cold air and wondered: “Why is my car heater not working?” If yes, then you know the struggle is very real. Not only is it terribly uncomfortable driving in a cold car, but it can actually be dangerous, as you can’t defrost the windshield, either. Here are some things that could be causing your heat not to work. 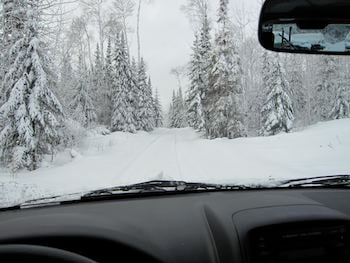 Your engine’s cooling system works, in part, by the coolant traveling through a heater core that heats the inside of your car. Basically it’s a small radiator that hot coolant flows through. The fan inside your car then blows heat off of it to give the cabin heat. If your car is running low on coolant, if there’s air in the system or if the core itself isn’t working properly, then this could be the cause of your car heater not working.

Along the same lines as the coolant system issues, a malfunctioning thermostat could also cause your car not to have heat. If the thermostat isn’t opening and allowing coolant to flow, then the core won’t heat up – and there you have it, no heat. Granted, if this is the problem, then you’ll soon notice your car overheating as well, which is without a doubt a much larger problem than not having a cozy, warm car to drive in.

If your coolant system is topped off and working fine, and there aren’t any leaks, then it could be as simple as the fan not working. While the core may heat up just fine, without a fan to blow the heat away, your car will never warm up inside. Most fans are audible when on, so if you don’t hear the fan running, then it’s most likely not working. Start by checking to make sure the fuse isn’t blown. If it’s not, you may need to replace the fan, which is located inside the dashboard.

Since there are a few reasons the heat may not be working, it can also be said that there are a few ways you can prevent this with simple maintenance. Obviously, making sure your coolant is full at all times is key, because it will allow the core to heat up. It will also enable your engine to run properly. With that said, it’s important to make sure the thermostat is working properly, too. This is as easy as taking it out of the engine for testing, placing it in some water using a pair of pliers to hold onto it, and watching to see if it opens at the temperature written on it. If it’s working properly, then it may be the fan. Checking the fuse is the best way to see if it’s bad — if it is, you’ll need to have it replaced.

Check out all the heating & cooling systems parts available on NAPA Online or trust one of our 17,000 NAPA AutoCare locations for routine maintenance and repairs. For more information to answer the question: “Why is my car heater not working?” chat with a knowledgeable expert at your local NAPA AUTO PARTS store.

NAPA Know How Blog Chilly Reception: Why Is My Car Heater Not Working?