Cleaning car parts is one of the less glamorous aspects of any given car repair. Who wants to spend time stripping the oil, grease and other gunk off of the parts you’ve pulled from your vehicle during the repair process, especially considering how tough it can be to get them back to a factory finish?

Truth be told, however, putting in the extra effort can actually extend the life of the parts in question and keep your vehicle running in top shape.

Dirt Is the Enemy 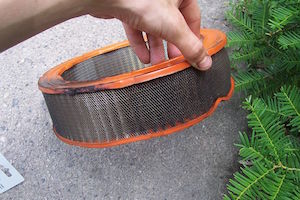 Cars are exposed to dirt and grime on a regular basis. Even driving down a dry, clean street kicks up dust and other tiny particles that stick to whatever’s oiled on your automobile, in addition to finding their way into small cracks and crevices between parts where they build up over time to form a layer of filth. In a worst case scenario, so much build-up occurs that it actually starts to interfere with your vehicle’s operation. It can even create an environment that’s favorable for water to become trapped, kicking off the corrosion cycle.

Cleaning car parts is a hassle when the dirt has had so much time to fuse to the various parts of your car that it has become difficult to remove. This goes double for components that are already greasy or oiled, as the residue and crud build-up is that much more difficult to shake loose.

Still, removing and cleaning car parts is a rare opportunity to return the situation back to factory-fresh conditions. Cleaning off dirt, old adhesive and oil allows your car’s parts to function as they were originally intended, rather than fighting against the friction and heat created by a layer of gunk clinging to them while they move. It also gives you the chance to actually inspect the part without any potential problems being obscured by filth.

Think about this: That brand new part you just took out of the box to install was as clean as possible, right? If you’d opened up the box and found a dirty part, would you have put it in your car? Or would you have taken it back to the store and asked for a replacement? It’s the same concept when it comes to cleaning the parts that are already on your car.z

Cleaning car parts keeps them in like-new condition as long as possible. If you’ve got them off the vehicle to do some work, it’s worth a soak and scrub before putting them back on.

Check out all the chemical products available on NAPA Online or trust one of our 17,000 NAPA AutoCare locations for routine maintenance and repairs. For more information on cleaning car parts, chat with a knowledgeable expert at your local NAPA AUTO PARTS store.

NAPA Know How Blog Cleaning Car Parts: An Important Part of Every Repair