In the 1970s, the U.S. auto industry began to experience the first major assault from Japanese automakers. American companies such as GM, Ford and Chrysler quickly found that they weren’t just battling each other for market share, as foreign manufacturers like Toyota, Honda and Datsun (Nissan) jumped in. Within a decade, the first U.S. assembly plant from a Japanese manufacturer opened with many more to follow. Soon, the choice for consumers was no longer between domestic or foreign cars, as the differences between the two blurred.

Made in the USA?

The definition of a domestic car used to describe cars built in the U.S. by an American manufacturer. Early on, that definition was easy to articulate as the Ford Model T was built in Michigan, Pierce-Arrow operated a plant in New York and Studebaker assembled cars in Indiana.

After World War I, American manufacturers began to establish subsidiaries in Canada to take advantage of low-cost tariffs on cars built there and shipped throughout the far-flung British Empire. In 1965, the U.S. and Canada formed the Auto Pact — a trade agreement where cars and auto parts from one country could be shipped to the other free of tariffs, further blurring the distinction between domestic and foreign cars.

In 1982, Honda became the first foreign manufacturer of the modern era to begin building cars in the U.S. when it opened a plant in Ohio. Since then, dozens of foreign-owned plants followed, adding to the millions of jobs directly and indirectly attributed to the auto industry.

The Impact of NAFTA 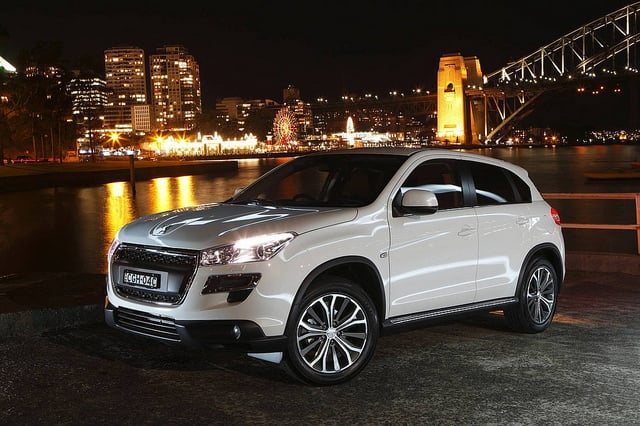 So-called domestic cars like the Ford Fiesta, Dodge Journey and select Chevrolet Silverado models are built in Mexico because of NAFTA. That said, traditionally foreign brands build cars there, too. Indeed, that Honda HR-V, Nissan Sentra or Volkswagen Jetta you’re considering may have come from south of the border.

Global trade agreements simplify market access around the world, making it easier for manufacturers to sell their products everywhere. The industry has benefited enormously. Although, there is a valid concern that some domestic jobs are lost as manufacturers shift some of that production abroad.

Lower labor costs abroad are often the reason why models such as the Ford Transit Connect are built in Turkey and then shipped to the States. On the flip side, BMW’s full lineup of SUVs is built exclusively in South Carolina and shipped worldwide.

The blurred line between domestic and foreign cars is also evident in the percentage of domestic content included. With cars containing upwards of 4,000 parts, many components such as transmissions, are sourced from abroad.

That’s led to a pair of annual surveys analyzing the percentage of domestic content found in cars sold in the U.S., each offering somewhat diverging results based on differing research criteria. The Cars.com “American-Made Index” has the Toyota Camry on top, while the Kogod School of Business “Made in America Auto Index” lists three GM vehicles ahead of the pack, including the Buick Enclave.

Perhaps the discussion should shift away from whether a vehicle is domestic or foreign and toward whether the manufacturer is making a positive impact the auto industry and economy overall.

Check out all the maintenance parts available on NAPA Online or trust one of our 17,000 NAPA AutoCare locations for routine maintenance and repairs. For more information on domestic or foreign cars and parts, chat with a knowledgeable expert at your local NAPA AUTO PARTS store.