Electric vehicles are gradually catching on, with Tesla Motors among the manufacturers at the forefront of this emerging technology. Adoption of EVs is increasing, as they’re prized for never needing fuel, as well as for having zero emissions. As is the case with any nascent technology, however, there are certain issues to be aware of, including electric car battery problems. Here are some of the most common concerns and resolutions. 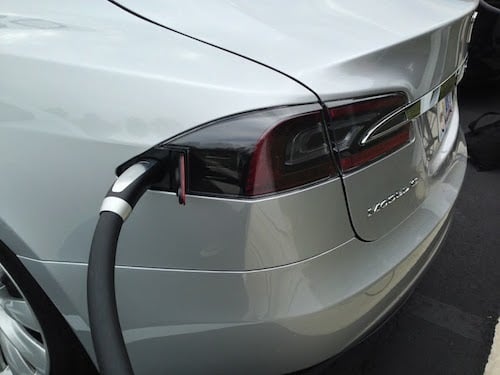 Unless you own a Tesla Model S or a more recent model, such as the Chevrolet Bolt, the limited range of electric vehicles can produce range anxiety. Specifically, you may worry that you’ll run out of power before you arrive at your destination, leaving you stranded.

Most Teslas and the Chevy Bolt have a range of more than 200 miles, and that’s more than sufficient for the majority of drivers. On the other hand, electric cars such as the Mitsubishi i-MiEV and earlier Nissan Leaf models go less than 80 miles on a single charge.

Published range limits are one thing, but real-life conditions demonstrate that those numbers are often missed. A 2014 AAA study revealed that temperature extremes can adversely impact driving range.

If you’re in a rush to charge your electric car, disappointment may set in when you discover how long it takes to replenish the battery. Using a typical 120-volt home outlet usually requires an overnight charge. A 240-volt charging connection generally cuts that time in half, according to the Office of Energy Efficiency and Renewable Energy.

One solution is to connect the electric vehicle to a fast charger — also known as a 480-volt outlet. Here, you’ll gain an additional 50 to 60 miles of range within 20 minutes, explains PluginCars.com. This level of charger may only be available at public charging stations, however, which are typically concentrated in urban areas. Good luck with finding one if your trip takes you through the remote countryside.

Electric car batteries should last for many years. In fact, manufacturers routinely warranty the replacement of such batteries for eight years or 100,000 miles, whichever comes first, according to the Office of Energy Efficiency and Renewable Energy. This is often longer in California.

Because electric vehicles are still so new, the jury is out on durability and longevity. That said, manufacturers such as Hyundai are stepping up by offering lifetime guarantees on Ioniq battery packs, removing an important concern for customers.

Although not an electric car battery problem directly, tax breaks are an important consideration for consumers. After all, EVs are a commitment, and only through government-backed incentives will many buyers make the transition to electric.

At present, the federal government provides a $7,500 tax credit for people who purchase an electric vehicle, according to the U.S. Department of Energy, with some exceptions. However, those incentives are set to phase out as manufacturers reach their allotted limits. Without this help, customers may simply forego electric cars.

Besides the battery pack, EV owners should keep an eye on their standard 12-volt battery, which powers nearly everything else in the car. A multimeter is a device you’ll want on hand, as it’s useful for confirming car battery health.

Check out all of the batteries available on NAPA Online or trust one of our 17,000 NAPA AutoCare locations for routine maintenance and repairs. For more information about electric car battery problems, chat with a knowledgeable expert at your local NAPA AUTO PARTS store.