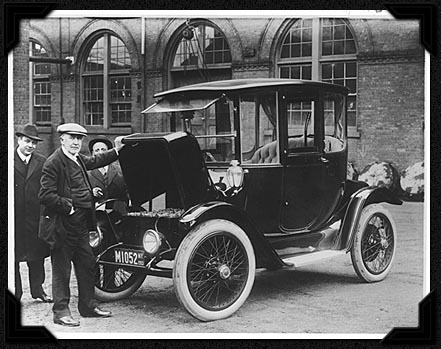 Did you know that electric cars aren’t actually a new thing? Sure, it seems like automakers have been toying with the idea in the last couple decades, such as with the CitiCar in the 1970s, the temporary release of the GM EV1 in the late 1990s, and the Tesla Roadster 2000s. Really, electric cars, albeit crude, have been around since before even the internal combustion automobile, and it’s possible that, if not for cheap fossil fuels, the electric car might have become a permanent fixture.

Now, because of this, electric car maintenance might seem a foreign concept, since we’re so used to maintaining our conventional cars with engine oil changes, transmission fluid changes, engine coolant changes and spark plug replacement. In fact, over 150 million gallons of automotive oils are sold every year, helping to maintain all vehicles that are powered by an internal combustion engine. We’ve been doing this for over a century, but things are about to change.

How Do Electric Cars Differ?

Electric motors have only one moving part — the armature. The armature is what spins inside the motor to create rotating energy. It is an elegantly simple design when compared to the carefully orchestrated mechanical mayhem that is an internal combustion engine. Everything else in an electric motor is controlled electrically or electronically, giant transistors taking the place of mechanical relays, meaning there are fewer failure points in the system. The electric motor itself is designed to be permanently sealed and maintenance free.

Electric cars don’t need a transmission in the classical sense. Instead, because electric motors generate 100 percent torque at zero rpm and can spin up to 10,000 rpm or higher — even backward — the main need for a transmission is eliminated. In fact, a couple of automakers have tried electric motors coupled with transmissions, only to find they didn’t improve performance or efficiency by much. It just made it more complex and more expensive. But recently two automakers have moved forward with production of an EV with a transmission. Both Porsche and Audi are a using a 2-speed transmission in hopes of both increased range and quicker acceleration.

Electric car batteries don’t need any maintenance. The lifetime of a sealed lithium-ion battery pack generally exceeds 500 cycles, perhaps over 100,000 miles on the new Chevy Bolt. Onboard battery monitoring systems handle charging and discharging duties to maximize battery life without the owner having to think about it. The systems that surround the batteries may still require maintenance though. Some EV batteries are liquid cooled so that coolant must be checked occasionally.

Electric cars still have mechanical brakes, but many electric vehicles use regenerative braking to bring things to a stop. Regenerative braking, in simple terms, changes the electric motor into an electric generator. When slowing down the electric vehicle can actually recapture some of the used up propulsion power and put it back into the battery pack. This means way less wear and tear on brake pads and rotors. Mechanical brakes are mainly relegated to inspections and cleanings rather than wear-related replacement.

Really, every vehicle requires tire rotations, so that is expected, and the cabin air filter may depend on how dusty it is where you drive. Because the cooling system isn’t subjected to the extremes of the internal combustion engine, it lasts longer, Chevy suggesting 150,000 miles between changes. Also, because most of the braking is done by the electric motor, brake fluid is suggested to be replaced every five years. Brake pads will also last far longer, but they still need to be kept in top shape which means periodic cleaning and maintenance. Again, because the electric car packs no engine and no transmission, none of those maintenance items apply. Lastly various components on an electric vehicle may be liquid cooled (like the battery) which will still need a flush and refill at some point, as well as checking any cooling hoses for signs of leaks or cracking and bulging.

Still, while your regular electric car maintenance is far lighter than the typical internal combustion vehicle, there are all the usual wear items that need to be watched, such as those making up the brake, chassis, steering and suspension systems. Current production electric vehicles are heavier than most people think, which puts a strain on chassis components. Shocks and struts wear out just like a normal car. Steering linkages still have ball joints that wear out. And don’t forget the windshield wipers.

Check out all the maintenance parts available on NAPA Online or trust one of our 17,000 NAPA AutoCare locations for routine maintenance and repairs. For more information on electric car maintenance, chat with a knowledgeable expert at your local NAPA AUTO PARTS store.