Chase Elliott and the Mountain Dew / Little Caesars team collected their first stage win of the season and led 45 laps en route to a victory at Talladega Superspeedway. 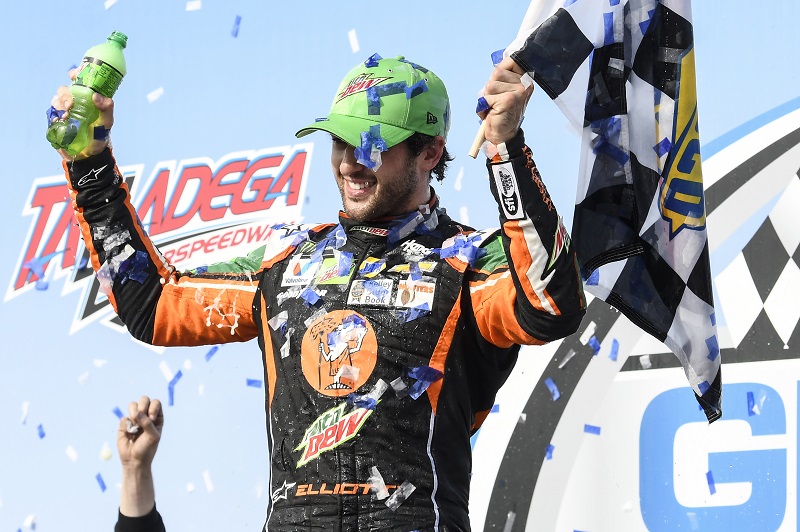 Elliott began Sunday’s race in 11th at Talladega Superspeedway. By the sixth lap, he held position as the field scrambled to advance.

On Lap 10, the first caution of the race left multiple cars with damage, but the No. 9 team was not involved. Following a trip to pit road, Elliott was charged with a speeding penalty and was sent to the rear for the restart. 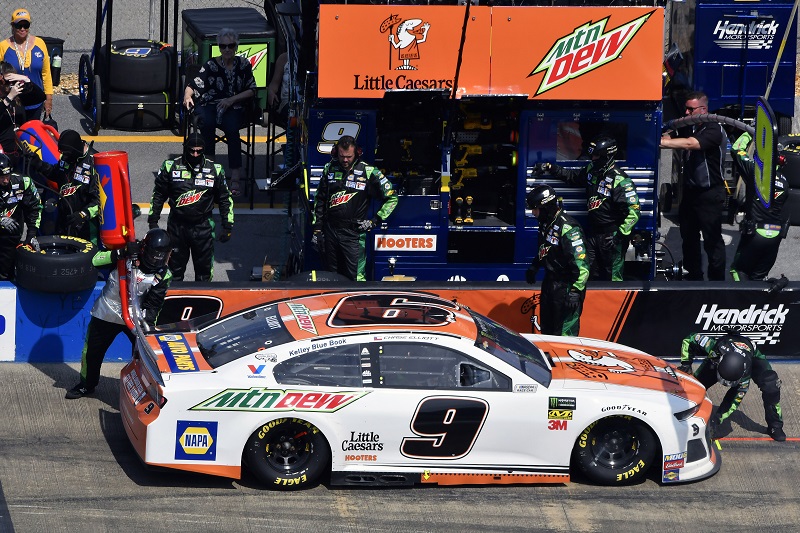 As the first stage continued, he was 18th by Lap 36. Quickly advancing inside the top ten as the stage wound down, the driver finished in fourth. 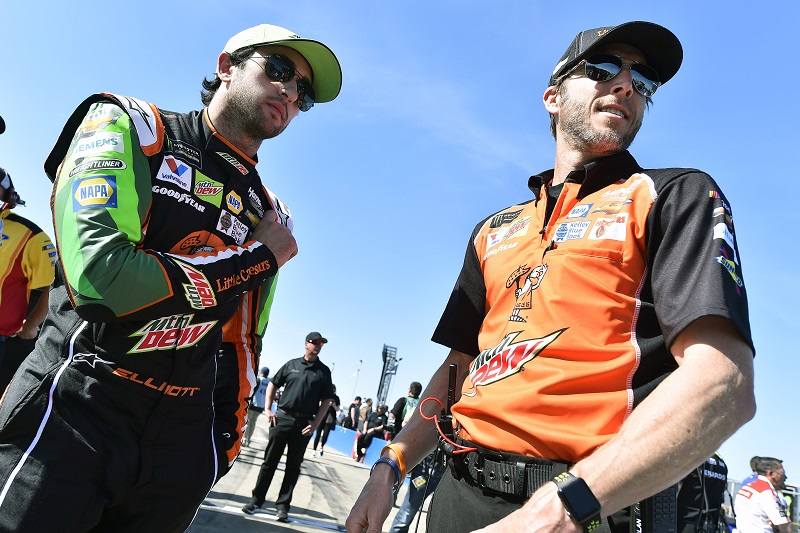 With just 16 laps to go in the second stage and cars in front of Elliott choosing to pit, the driver took the lead again. As Stage 2 came to a close, Elliott continued to maintain the lead. He captured his first stage win of the season. 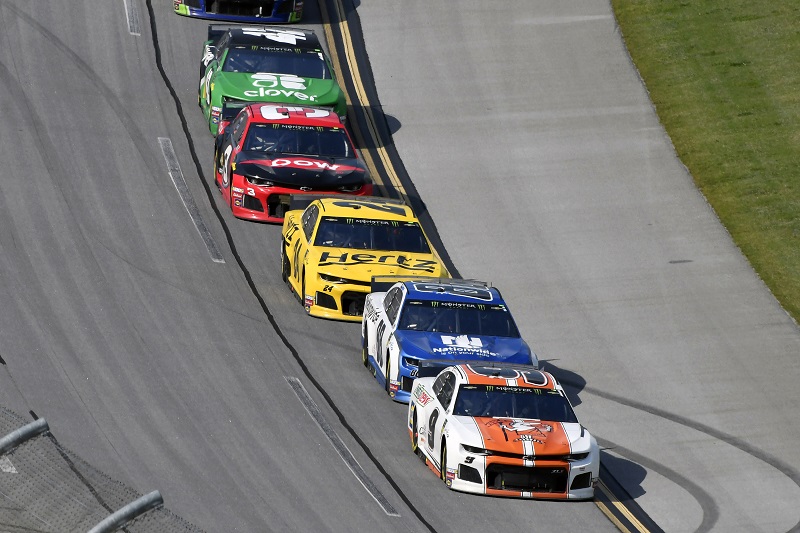 The final stage saw Elliott continuing in the race lead. With teammates Bowman and William Byron close behind, the three Hendrick Motorsports cars worked together to maintain position. After a caution for debris on the track, Elliott came to pit road for four tires.

With some other competitors opting for two or fewer tires, Elliott lost the lead, but, thanks to quick work by the No. 9 crew, he returned to the track in eighth. The Mountain Dew / Little Caesars Chevrolet was scored 12th with 47 laps to go. 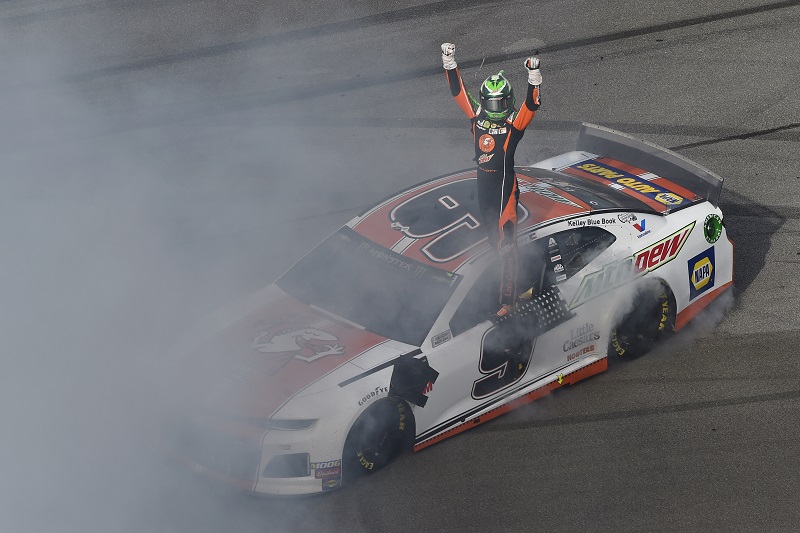 Elliott was sixth with 25 laps to go and fifth when the red flag came out for a multi-car incident with seven laps to go. 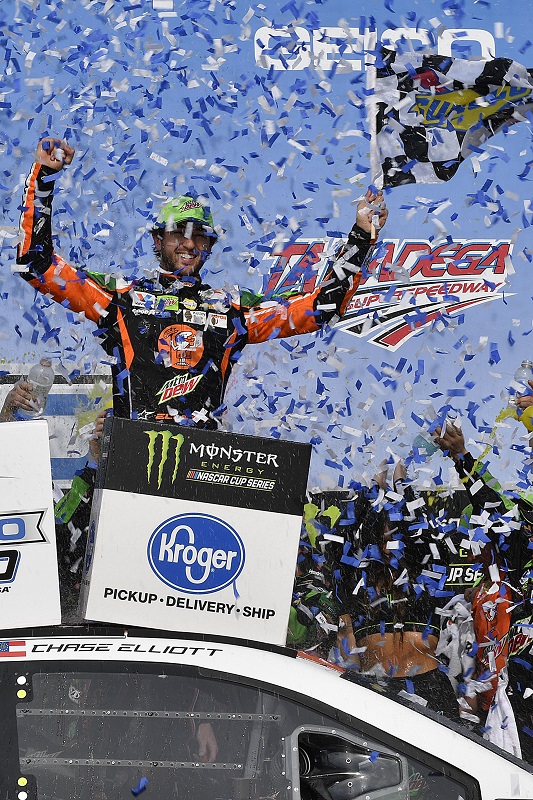 As the race closed, the driver held off the field, including teammate Bowman, to take the checkered flag for his first career superspeedway win and first victory of the season. 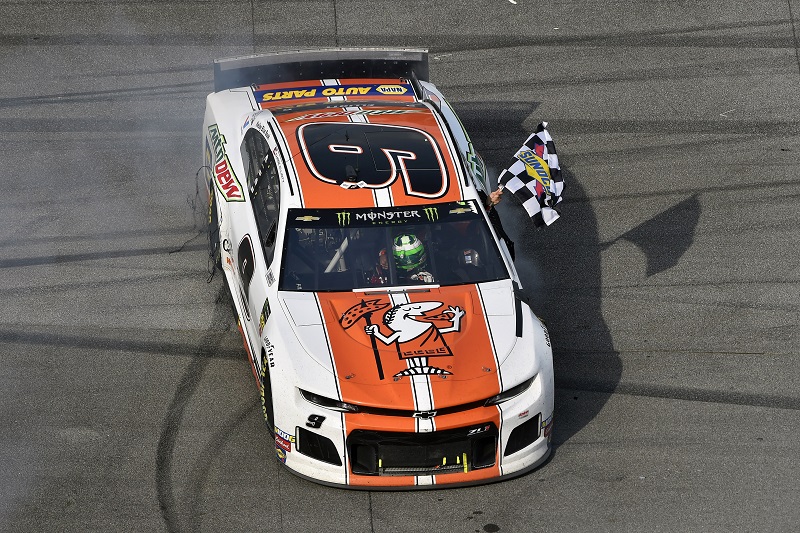