Elliott rolled off the grid in 23rd position for the eNASCAR iRacing Pro Invitational Series race at the virtual Richmond Raceway. In the opening laps, Elliott elected to drop to the back of the pack in hopes of avoiding the inevitable barrage of cautions that hindered his efforts in previous races.

When the first caution of the day came out on Lap 27, the driver of the No. 9 NAPA Chevy was scored 27th. He visited pit road for four fresh tires and gained four positions before the ensuing restart. 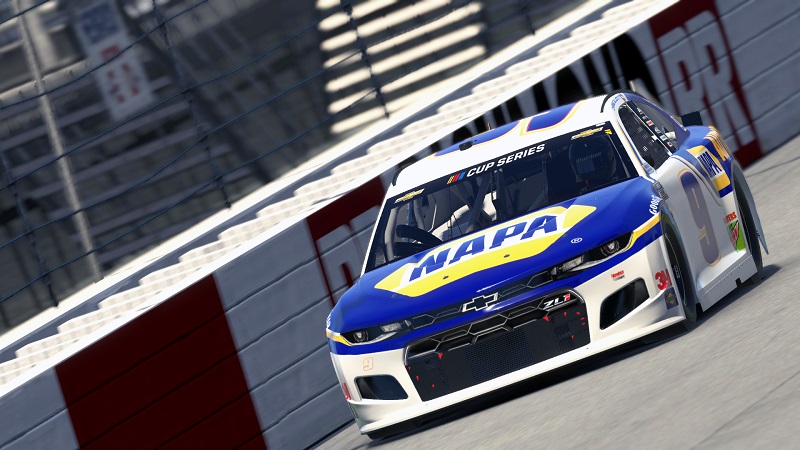 On Lap 39, Elliott entered the top 20 for the first time and began knocking on the door of the top 15 just 10 laps later. Minor contact with another car dropped the No. 9 Chevrolet Camaro to 22nd. Elliott worked to regain as much time as he could but reported his NAPA machine was too tight during the long green-flag run.

When the caution waved on Lap 99, Elliott was scored 18th. During the caution, Elliott missed pit road on his first attempt and was forced to make his stop a lap later with the lapped cars. He was able to rebound from the error and restart 20th with less than 50 laps remaining.

He slowly picked off positions – one at a time – for the final 25 laps. Elliott was up to 11th when the final caution of the day was displayed. He lined up ninth for an overtime restart. In the end, he slipped two positions in the closing laps to finish 11th – his best finish to date in the eNASCAR iRacing Pro Invitational Series.