Chase Elliott and the NAPA AUTO PARTS team started 12th in the “The Great American Race” on Sunday at Daytona International Speedway. Elliott survived a last-lap caution to bring home a runner-up finish in the 63rd running of the DAYTONA 500. 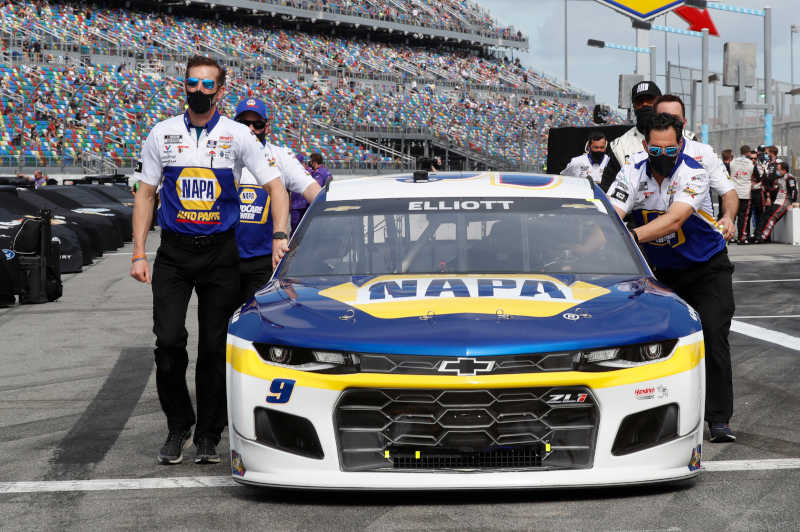 Elliott rolled off the grid 12th for his sixth DAYTONA 500 start. In the opening laps, Elliott jumped to fifth, but slipped to 11th before the first caution waved on Lap 4. The NAPA AUTO PARTS team elected to stay out during the caution and not visit pit road. Elliott returned to the top five when the race resumed before rain caused an extensive delay. 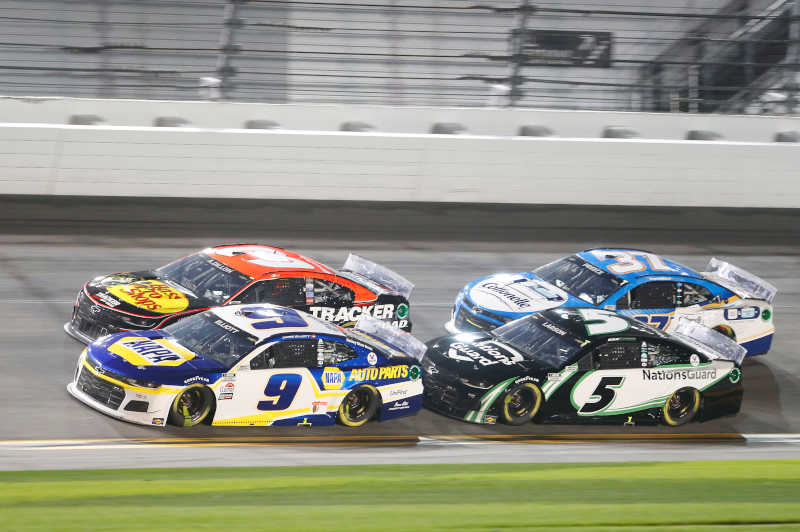 After more than five hours, the 63rd running of the DAYTONA 500 continued. The No. 9 NAPA team pitted early before other teams and restarted as the race leader on Lap 29 from the inside lane. The bottom lane had fewer cars in the draft and the momentum for the group fizzled out, dropping Elliott to 8th by Lap 33 and further back to 11th before a caution came out on Lap 39. He restarted 11th but was shuffled out of line when he swerved to avoid making contact with a competitor on Lap 60. Elliott struggled to find drafting help and was running 16th four laps later. He ended Stage 1 in 14th.

During the stage break, the 25-year-old driver visited pit road for four fresh tires, fuel, and chassis adjustments. He lined up tenth for the Stage 2 restart on Lap 72. The NAPA driver was scored eighth on Lap 76 before scheduled pit stops began to cycle through. Crew chief Alan Gustafson called Elliott to pit road for a fuel only pit stop on Lap 109. Three short laps later, the caution flag was displayed – Elliott was 12th. The Georgia native reported to his team that he was having no issues with the balance but was looking for more speed. After a quick pit stop during the caution for four tires and fuel, Elliott restarted tenth on Lap 118. He continued his charge to the front and moved into fourth by the end of Stage 2. 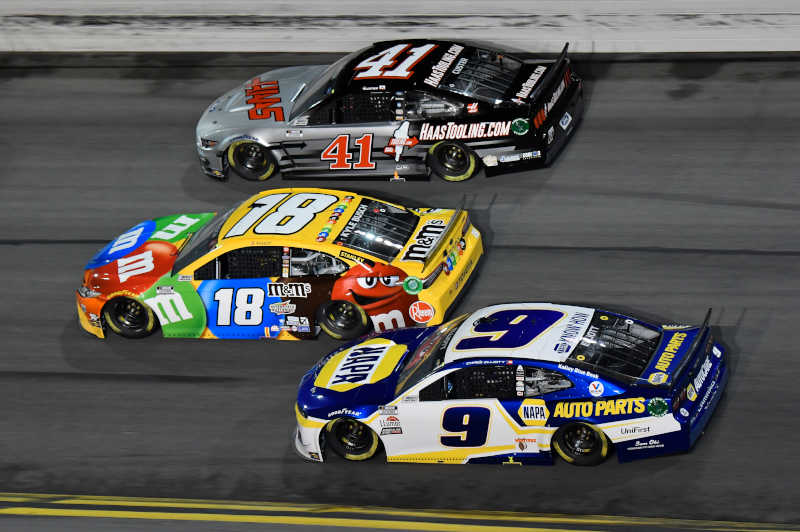 The defending NASCAR Cup Series champion took the green flag for the third and final stage from seventh and settled in to eighth with 60 laps to go at the 2.5-mile track. On Lap 170, Elliott was scored fourth before bringing the No. 9 Chevrolet down pit road for the final pit stop of the night. The NAPA team elected to take right-side tires and fuel, returning to the track in 13th. He was back up to eighth with 25 laps remaining and pushed his way into tenth in the final ten laps.

Elliott narrowly escaped an accident on the final lap of the race, maneuvering his NAPA Chevy to a second-place finish. The runner-up result is a career-best finish for Elliott at “The Great American Race.”