Chase Elliott started Sunday’s Round of 12 opener for the NASCAR Cup Series playoffs at Texas Motor Speedway from the sixth position. During the second stage, the 26-year-old driver worked his way to the lead. Elliott was still out front on lap 184 when he had a right-rear tire go down. His NAPA AUTO PARTS Chevrolet Camaro ZL1 made contact with the wall, causing heavy damage. Elliott was unable to continue and he was relegated to a 32nd-place result. Elliott, who was one of several drivers impacted by flat right-rear tires, now sits eighth in the playoff standings, four points above the cutline with two races remaining in the Round of 12. Next up, the series heads to Talladega Superspeedway, a track that Elliott scored a victory on in 2019. 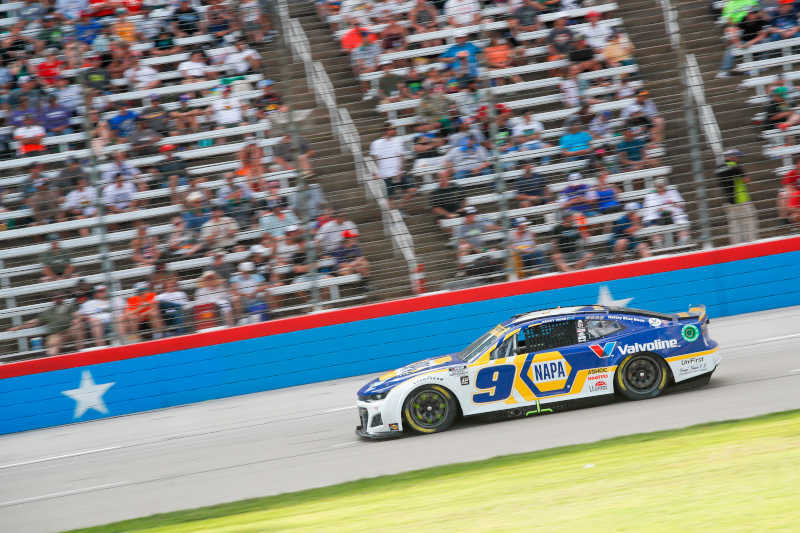 Elliott entered Sunday’s  as the leader of the playoff standings for the Round of 12 opener. The NAPA driver rolled off the grid from the sixth position for the 334-lap race and continued to battle inside the top 10 once the green flag dropped. He was running eighth when the first caution of the race came out on lap 40. Elliott reported that he liked his balance more than he had earlier in the run. Crew chief Alan Gustafson called Elliott to pit road for four tires and fuel. A fast stop allowed the 2020 Cup Series champion to gain four spots. Elliott restarted from the second row on lap 45 and was in the sixth position when another yellow flag waved just four laps later. Once the race was slowed, the Dawsonville, Georgia, native relayed that the rear of his NAPA Chevrolet was sketchy in turns three and four. Elliott remained in the sixth position through two more caution periods. He restarted on lap 83 from sixth and was in that same spot when the caution flag waved with just seven laps left in stage one. As part of pit strategy, the team opted to bring Elliott in for four tires and fuel. He lined up 12th for the restart with three laps to go and ultimately ended the first stage in 13th. 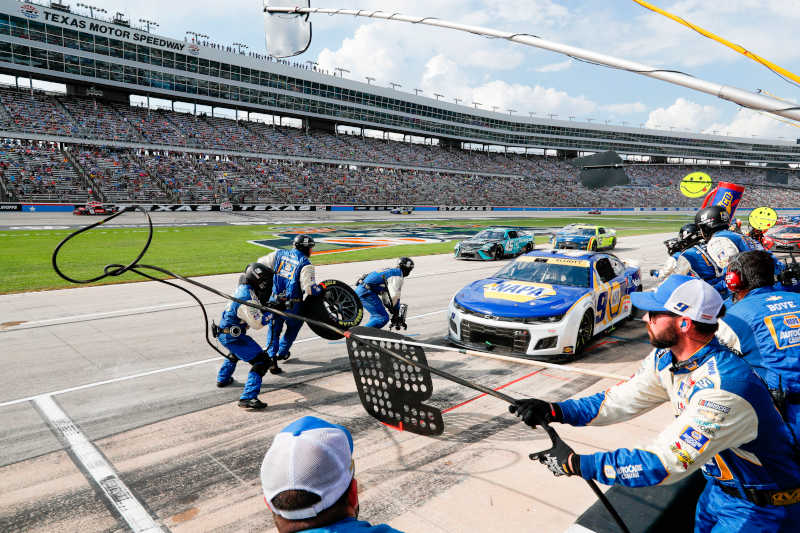 Staying out during the stage break, he took the green flag for stage two in fifth on lap 111 and battled his way to second on lap 124. Just over 10 laps later the caution flag waved, and Elliott brought his Chevrolet to pit road for four fresh tires and fuel. A fast stop by the team helped the Hendrick Motorsports driver win the battle off pit road. Elliott was the control car for the restart and maintained the lead after the race was back under green. The 26-year-old driver held point until the yellow flag was displayed on lap 168. The team opted to stay out on the track and Elliott once again led the field to the green flag. He held off the second-place car to hold on to the lead with 32 laps to go in stage two. Elliott was still out front when he had a right-rear tire go down on his No. 9 Chevrolet and made hard contact with the wall. The damage was too severe for Elliott to continue, and he was ultimately scored with a 32nd-place result. The No. 9 NAPA team was one of several that suffered flat right-rear tires during the race. 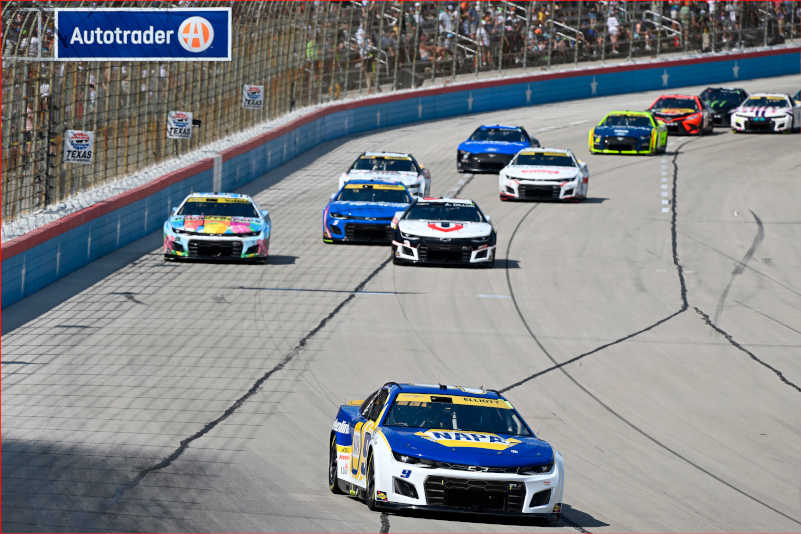 Elliott is now eighth in the playoff standings, 26 points behind the leader and four points above the cutline, with two races remaining in the Round of 12. Next up, the series heads to Talladega Superspeedway, a track that Elliott scored a victory on in 2019. 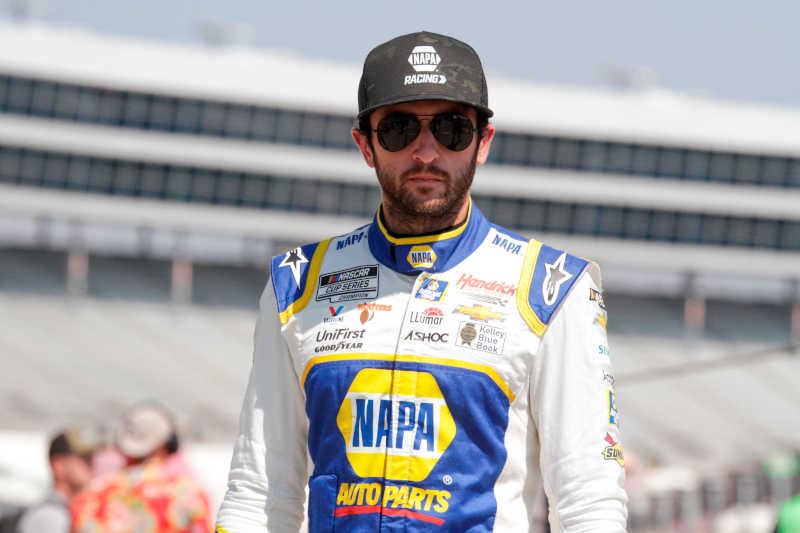 “It’s not a great position to be in for sure, but it is what it is now,” said Elliott “I hate it for our No. 9 NAPA Auto Parts Chevrolet team. We were actually decent here for once, so that was nice while it lasted. We’ll go to Talladega (Superspeedway), try to get a win and go on down the road.”

Next Race: Sunday, Oct. 2, Talladega Superspeedway
How to Watch or Listen: 2 p.m. ET on NBC, MRN and SiriusXM