Chase Elliott and the NAPA team finished 14th in Sunday’s NASCAR Cup Series race at Homestead-Miami Speedway. The No. 9 team ranks fifth in the standings through the first three races of the season. 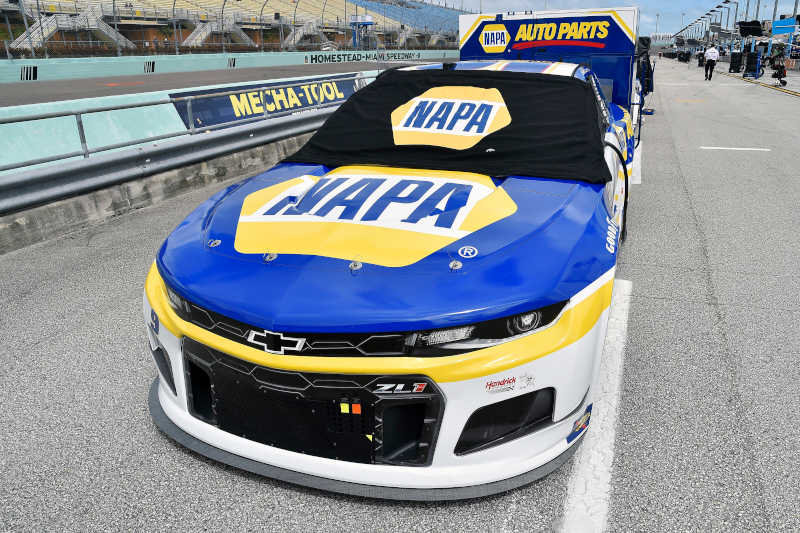 Elliott and the No. 9 NAPA AUTO PARTS team rolled off the grid from the 11th position on Sunday afternoon at Homestead-Miami Speedway. Early in the race, Elliott was up to eighth despite battling a loose handling Chevy Camaro. When the competition caution was displayed on Lap 26, Elliott was scored 13th. Crew chief Alan Gustafson called the driver of the No. 9 to pit road during the caution period for four fresh tires, fuel and multiple chassis adjustments. The extensive pit stop put Elliott 19th for the ensuing restart on Lap 31. The NAPA driver began picking off spots and was up to 14th by Lap 60. Elliott communicated that the previous adjustments had improved the handling of his Camaro. A caution on Lap 64 brought Elliott to pit road for four tires and fuel. Quick work by the NAPA team gained Elliott four spots on pit road and lined him up tenth for the restart with eight laps remaining in the segment. He gained two more positions on track to finish eight in Stage 1. 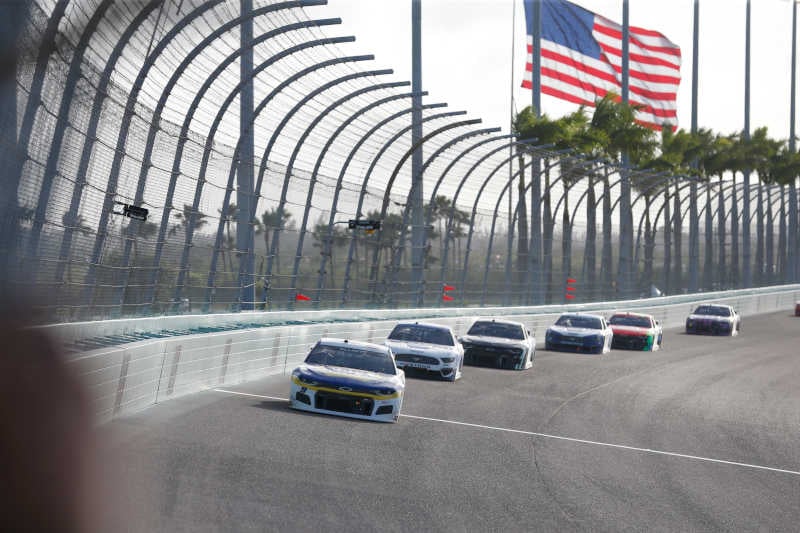 The NAPA AUTO PARTS team was once again stellar on pit road and gained four more positions to put Elliott fourth for the Stage-2 restart. The Dawsonville, Georgia, native edged his way into third on Lap 88 and grabbed the race lead one lap later. The handling of the NAPA Chevy hindered Elliott’s ability to maintain the lead as he slipped back to fifth on Lap 100. The No. 9 team was running eighth before Gustafson called Elliott to pit road for a scheduled green-flag pit stop on Lap 119. Following the pit stop, the 25-year-old driver fought a loose handling condition for the remainder of Stage 2 and ultimately crossed the line 12th when the segment ended on Lap 160. 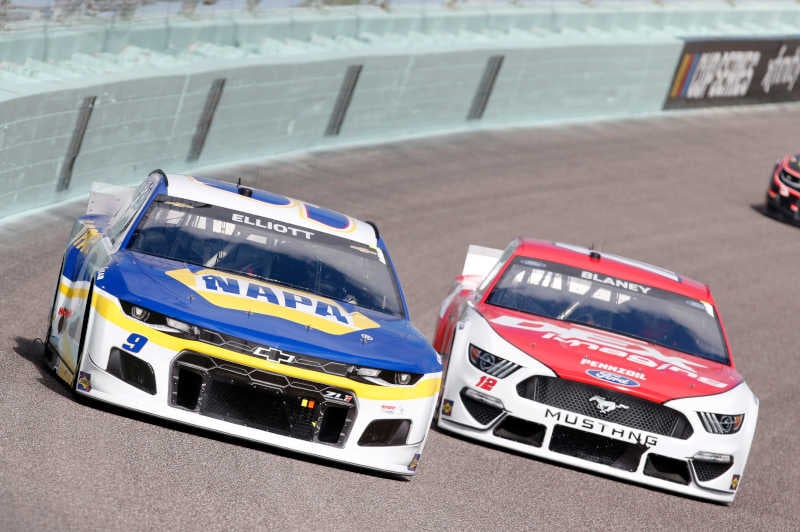 The reigning NASCAR Cup Series champion was scored tenth to begin the final stage of Sunday’s 267-lap event. Elliott lost his momentum on the restart when a competitor slowed abruptly in front of the No. 9 NAPA Chevy. While avoiding potential contact, Elliott fell to 18th. He continued to slip back and was running 23rd on Lap 177 as he reported that he was battling a tight handling condition. The final caution of the race waved on Lap 199. The NAPA team used the caution as an opportunity to pit for four tires, fuel and to make additional chassis adjustments. 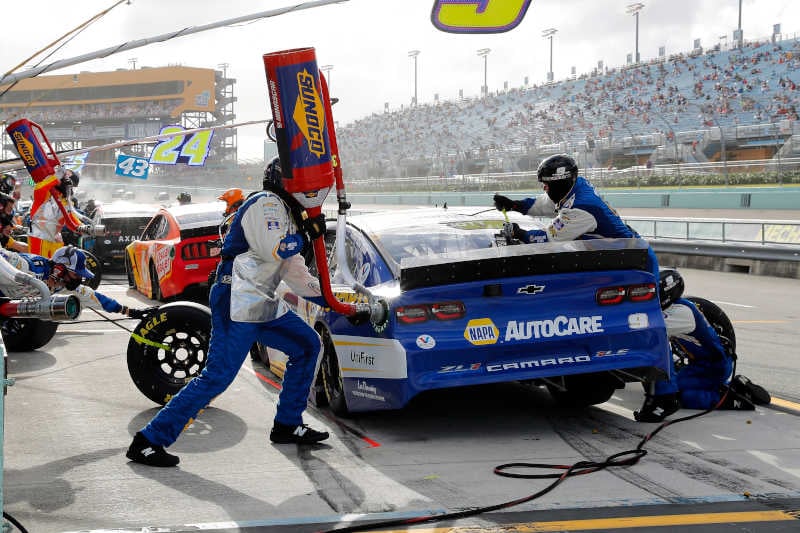 Elliott restarted 16th with 60 laps remaining. Over the final stretch of the race, he improved two spots to finish the race in the 14th position.