Chase Elliott spent much of Monday’s NASCAR Cup Series race at Indianapolis Motor Speedway battling inside the top ten before being shuffled to 15th on a late-race restart.

Elliott and the No. 9 NAPA AUTO PARTS team started the rain-postponed event from just outside the top ten. Elliott wasted little time moving forward as he cracked the top ten before the first competition caution of the afternoon at Lap 10. 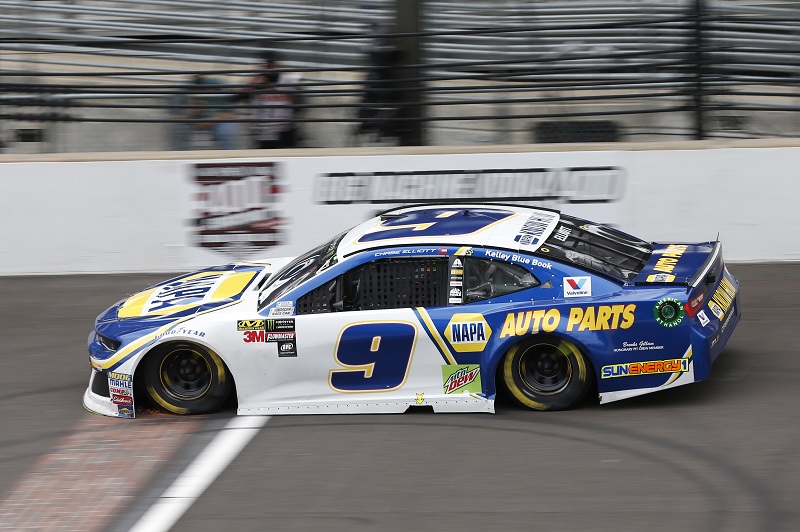 Following the second competition caution on Lap 30, crew chief Alan Gustafson called for a two-tire pit stop that propelled Elliott to sixth for the ensuing restart. The 22-year-old driver held on to his top-ten position down the stretch and finished the first stage in ninth.

Elliott headed to pit road between stages to work on improving the NAPA Chevy’s tight-handling condition. Multiple competitors opted to not pit during the caution, leaving Elliott 20th for the Stage 2 green flag.

Within ten laps, the Dawsonville, Georgia, native was back up to 12th, and he moved up another six spots to sixth after staying on track during a caution at Lap 67. Elliott held on to his top-ten position as competitors headed to pit road toward the end of Stage 2. The No. 9 team’s strategy allowed Elliott to move all the way up to second at the second green-checkered flag of the day on Lap 100. 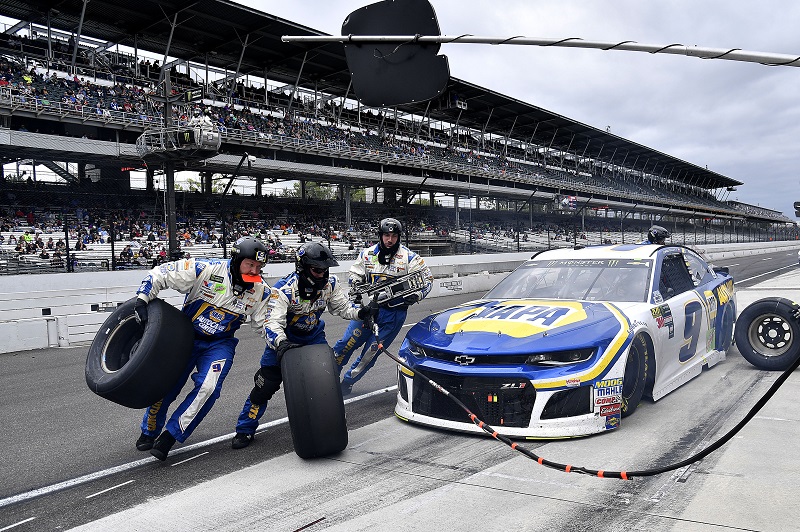 Elliott gained a position between stages as the first driver to leave pit road, but with several competitors remaining on the track, he restarted ninth to begin the final segment. Following a green-flag pit stop, the driver of the No. 9 climbed back inside the top ten and ultimately the top five before electing to pit during a late-race caution.

With 12 laps to go, Elliott restarted 14th and moved up to 10th before yet another caution set up a final restart with just three laps remaining. The NAPA AUTO PARTS Chevy was shuffled back in traffic on the final restart and took the checkered flag in 15th. 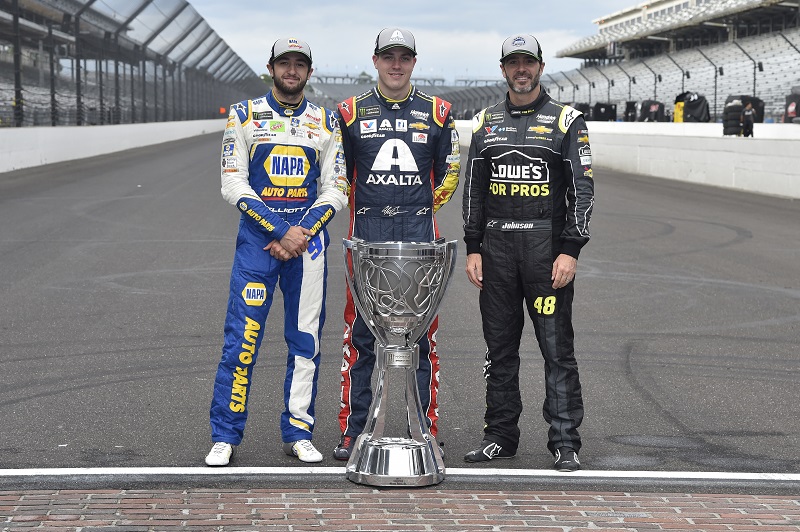 The series heads to Las Vegas Motor Speedway next weekend to kick off the 2018 NASCAR Cup Series Playoffs.